Herut North America is a leading American Zionist organization focused on Zionist pride and education and is dedicated to the ideals of pre-World War II Zionist leader Ze’ev Jabotinsky.

Responding to news reports that Ross is one of the candidates being considered for the position, Herut North America released this statement:

Dennis Ross has a long track record of pressuring and undermining America’s ally, Israel, which should make him unacceptable as a U.S. ambassador to Israel. Ross’s record includes:

* CEMENT FOR HAMAS. Ross has admitted that he pressured Israel to allow cement into Gaza even though Israel told him that Hamas would use it to build tunnels for terrorism—which is exactly what happened. (Washington Post, Aug. 8, 2014)

* FREEZE JERUSALEM. Ross has demanded that Israel be prevented from building any new Jewish neighborhoods in its own capital city, Jerusalem. (New York Times, May 22, 2014)

* AID FOR TERROR REGIME. Ross wants the U.S. to give $200 million to the Palestinian Authority—even though the PA still incites hatred of Jews and Israel, shelters fugitive terrorists, and refuses to disarm terrorist groups. (The Hill, Sept. 13, 2018)

* INDEFENSIBLE BORDERS. Ross says that Israel should agree to the establishment of a sovereign “Palestine” in 92% of Judea-Samaria. That would mean squeezing Israel into essentially the indefensible pre-1967 borders, so Israel would be only nine miles wide. Abba Eban called those borders “Auschwitz lines.” (See Ross’s “Toward a New Paradigm for Addressing the Israeli-Palestinian Conflict,” Jan. 2017, Washington Institute for Near East Policy)

* STARVE THE JEWS. Ross has called for “shrinking” 78 of the Jewish communities in Judea-Samaria—that is, starving them until they “leave,” or condemning them to live in a Palestinian state. (New York Daily News, Feb. 2, 2020)  Isn’t starving Jewish communities into submission or exile is something we would associate with some of the most tragic periods in Jewish history…?

* SURRENDER GOLAN. Ross condemned American recognition of Israeli sovereignty over the Golan Heights, saying if the U.S. really wanted to advance peace, “this not a step that you would take” (New York Times, March 21, 2019). Meaning, he wants to leave the door open to the possibility of giving the strategically vital Golan to the mass murderers of Syria’s dictatorship.

* MORAL EQUIVALENCY. Ross has said that Israel’s negotiating approach “is very reminiscent of the Palestinian approach” and he even directly compared Israel’s leaders to Yasser Arafat. So in Ross’s mind, there is moral equivalency between the only democracy in the Middle East and some of the most savage terrorists in history. (The Hill, July 1, 2020)

This downplaying of Arab terrorism is a rewriting of the historical record. During the last three months of the Clinton Administration, Palestinian Arab terrorists murdered 42 Israelis and injured hundreds more. That was the period of the infamous lynching (and disemboweling) of two Israelis in Ramallah. Has Ross forgotten about that atrocity?

Ross also referred to “a second Intifada where over 4,000 Palestinians died, 1,000 Israelis died”—again suggesting moral equivalency between the Palestinian Arabs who were killed while committing terrorism, and the Israelis who were the victims of those terrorists.

Information about Herut can be found at https://herutna.org/
About The Publishers 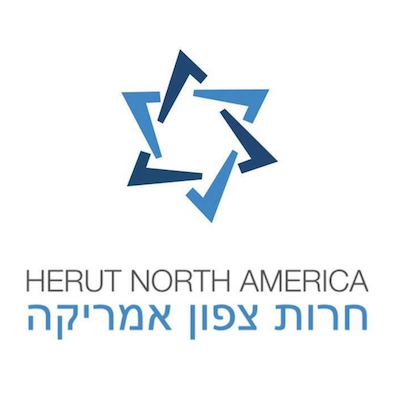 Herut North America
Herut is an international movement for Zionist pride and education and is dedicated to the ideals of pre-World War Two Zionist leader Ze'ev Jabotinsky and more about Herut can be found at https://herutna.org/
Publish your organization's press release on JNS Wire
Releases published on the JNS Wire are communicated and paid for by third parties. Jewish News Syndicate, and any of its distribution partners, take zero responsibility for the accuracy of any content published in any press release. All the statements, opinions, figures in text or multimedia including photos or videos included in each release are presented solely by the sponsoring organization, and in no way reflect the views or recommendation of Jewish News Syndicate or any of its partners. If you believe any of the content in a release published on JNS Wire is offensive or abusive, please report a release.