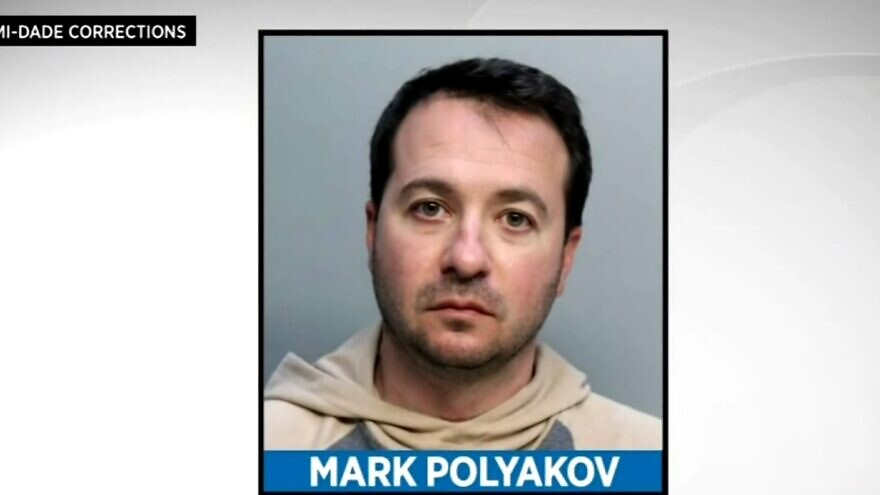 (February 17, 2022 / JNS) Police have arrested a man who said he wanted to burn down his son’s private Jewish school in North Miami Beach, Fla., because of its indoor and outdoor mask policy.

Mark Polyakov, 37, who was taken into custody on Monday, made threatening comments on Feb. 8 while talking with other parents from Scheck Hillel Community School in a group chat called “No More Masks Hillel,” reported CBS Miami.

He wrote in the group chat, which includes around 70 people: “You should have told that board member, go f**k yourself. We will leave and burn Hillel down to the ground. That’s why their rankings have steadily gone down! What’s his name? This board member.”

Police said he then posted a photo of the school’s athletic field and wrote: “I want to burn this school to the f***ing ground. This is what they are doing outside, forcing f**kin masks (in) 80 degrees. You can’t be nice. Gets you nowhere.”

An anonymous parent reported the comments last week to the school’s administration, which resulted in Polyakov’s son being expelled. Police said Polyakov wrote on the group chat on Feb. 10, “I just got kicked out of Hillel. I will burn this school down.”

Polyakov was arrested at his home in Sunny Isles Beach, Fla., and faces one count of written threats to kill or do bodily harm, which has a maximum penalty of up to 15 years in prison, 15 years probation and $10,000 in fines. He posted bond and was released from jail but ordered not to return to the school, according to a local report.

The Scheck Hillel Community School released a statement in response to the incident, saying, “We have zero tolerance for aggressive or violent language or behavior and are grateful for the assistance of law enforcement and the overwhelming support of our families in our ongoing efforts to keep our children safe.”

Miami-Dade and Broward public schools made masks optional on Monday.