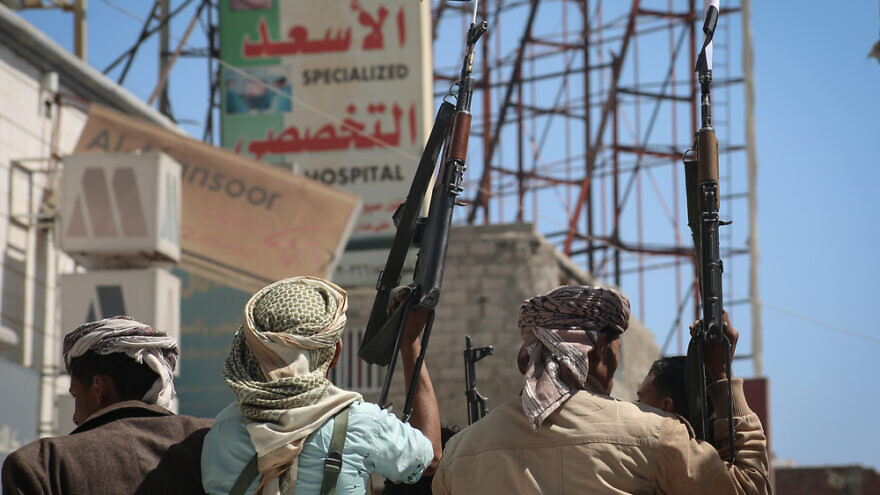 (July 9, 2021 / JNS) Iran views ongoing attacks by its radical ally in Yemen, the Houthis, on Saudi Arabia and others in the area as an important “experimentation lab” to test out new kinds of weapons and combat doctrines, a senior former Israeli defense official has warned.

As such, Israel has a duty to use its influence in the international community to highlight the threat to the region and to international shipping in the Red Sea, Col. (res.) Shaul Shay, former deputy head of the National Security Council and currently a senior research fellow at the International Institute for Counter-Terrorism, told JNS.

“Iran provides the Houthis with technical ability—assistance in the development of weapons and doctrine, which they can test out,” said Shay.

The Houthis military-terrorist capabilities are the result of both Iranian backing and the supportive involvement of Hezbollah, he added. The Houthis regularly attack oil fields, airports and other sensitive targets in Saudi Arabia with missiles and drones, and have also targeted the United Arab Emirates in the past.

The Iran-backed Houthis also pose a threat to Israeli shipping in the Red Sea and could become involved in future escalations by targeting Israel directly with long-range missiles, according to Shay.

“The main potential flashpoint when it comes to Houthi threats and Israeli shipping is the Red Sea, and the narrow Bab El-Mandeb Straits,” he said, noting that the Houthis are equipped with an array of naval weapons, including anti-ship missiles. “The threat exists throughout the Red Sea.”

Even far from the Yemenite coastline, the Houthis could use a “mother ship” to launch attacks on ships deep in the Red Sea, he added. The Houthis could attempt an attack on Israeli ships or those that they identify as such if they recognize an opportunity to do so.

The Houthis, who constantly threaten Israel rhetorically, have a real yet limited ability to directly target Israel from Yemen with long-range missiles and drones, assessed Shay.

An Arab coalition led by Saudi Arabia has engaged in a long-standing military campaign against the Houthis. 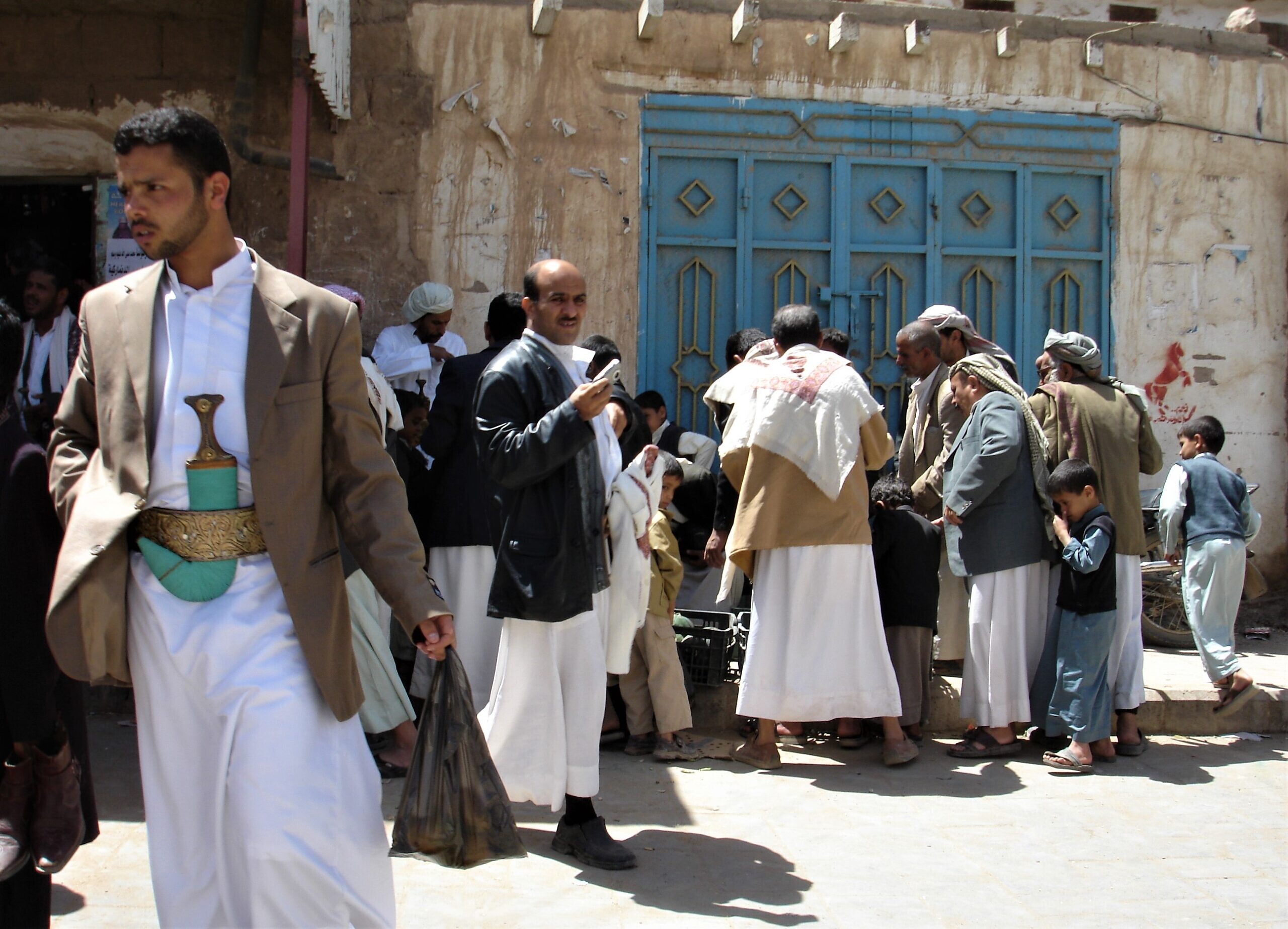 ‘The situation in Yemen has been partially static’

The Houthi challenge to the region can be traced back to 2014, when, as a minority Shi’ite group in the troubled Yemenite political system made up of a majority of Sunni tribes, the organization began spreading out of its northern heartland.

The Houthis took over the Yemenite capital of Sana’a at the end of 2014, forcing the legal Yemenite president, Abdrabbuh Mansur Hadi, and his government into exile. “From Sana’a, the Houthis spread south down the coastline to Aden,” said Shay.

When Saudi Arabia saw that the Houthis were about to take over the rest of Yemen with the assistance of Iran, it set up a coalition to repress additional Houthi progress. At its height, said Shay, the Saudi-led coalition included 10 Arab-Muslim states.

“The Saudi intervention was mostly based on aerial intervention. It has full aerial superiority, and it blocked the completion of a takeover of Yemen by the Houthis,” he said.

“From 2015 until today, the situation in Yemen has been partially static,” he explained. “The Houthis managed to safeguard most of their gains and tried to expand again, starting from this year, in an oil-producing area called Marib. The Hadi government, with the now smaller Arab coalition, has not been strong enough to change the status quo.”

In the face of Saudi air superiority, the Houthis and their Iranian sponsors replied to the Saudi coalition using missiles and drones, which are fired at Saudi Arabia frequently.

The drones arrived next—first unarmed versions and then suicide explosive drones that can precisely detonate on a target.

More recently, advanced drones that can fire their own ammunition reached the Houthi inventory.

A U.N. arms embargo against sales of weapons to all sides of the Yemen conflict is enforced by American, Australian and French ships, but only with limited success, reported Shay.

The Iranian weapons-smuggling scheme first involved moving whole arms to Yemen, with the weapons often taken apart and reassembled by the Houthis via the assistance of Iranian and Hezbollah instructors.

In addition to smuggling ready-to-use weapons, Iran also began exporting technological know-how to the Houthis, said Shay, in a similar manner to the way it taught Gazan terror factions to produce their own weapons.

“Hence, in Yemen, there is now a growing infrastructure; a local UAV, rocket and missile-production capability,” he said.

The Iranians have not abandoned the goal of smuggling missiles into Yemen, despite this growing localized production ability. Iranian ships often circumvent naval patrols enforcing the embargo. “The weapons are frequently moved from an Iranian ship to another ship. A second smuggling route involves trafficking arms by land into Yemen via Oman without the knowledge of the Omani government,” said Shay.

The lengthy Omani-Yemenite border is essentially a lawless territory through which trucks can pass easily along smuggling routes familiar to local tribes.

“A third channel involves the smuggling of weapons to Yemen through Somalia, which is very close,” said Shay.

An array of naval weapons in Houthi possession

The weapons include some of the same attack systems seen in Hezbollah’s arsenal, such as the C-802 anti-ship missile, which Hezbollah used to strike the INS Hanit Israeli Navy ship during the 2006 Second Lebanon War.

“The Houthis have fired these same missiles at a Saudi warship and struck it,” said Shay.

The use of armed explosive boats, activated by remote control, is a tactic favored by the Houthis to strike civilian ships and Saudi coalition military ships. The remote-control bomb boats have also been used in attacks on Saudi ports.

“The Iranians supplied the Houthis with naval mines,” said Shay. “There have been a number of incidents involving sea vessels hit by such mines, which are not always anchored, and can be dragged far away from the designated area of use.”

The deployment of suicide bombers who are onboard boats is another Houthi tactic.

All of these offensive tools could pose a threat to Israeli shipping, he cautioned.

In responding to the threat, it’s necessary to target the Iranian supply mechanisms and to expose the Iranian regional threat that involves the arming of proxies, “whether in Syria, Iraq, Lebanon or Yemen,” according to Shay.

“This is part of the Iranian strategy to become regional hegemons. Hence, the first thing that needs to be done—mostly, by the United States and the international community—is to stop Iranian activation of these militias. Now is the opportunity to do this, when dealing with the Iranian nuclear program,” he said, in reference to nuclear talks between Tehran and world powers.

The second set of responses should involve Israeli cooperation with the circle of Arab Sunni states that are directly threatened by the Houthis, and who are trying to stop both them and the Iranians from moving into the Red Sea.

“The State of Israel has to activate its influence in the U.S. and Europe,” stressed Shay. “Sometimes, more liberal circles demand an end to weapons sales to Saudi Arabia and the UAE [United Arab Emirates]. Israel has to explain the regional threats, both to Yemen’s neighbors and to free shipping in the Red Sea.”

Lastly, the need to physically protect Israeli assets and interests is vital, and in this department, Israel has a portfolio of ready-made defense capabilities to do so.

“Yemen is far, and the Houthi threat looks distant compared to Hezbollah and Hamas,” said Shay. “But it is there.”