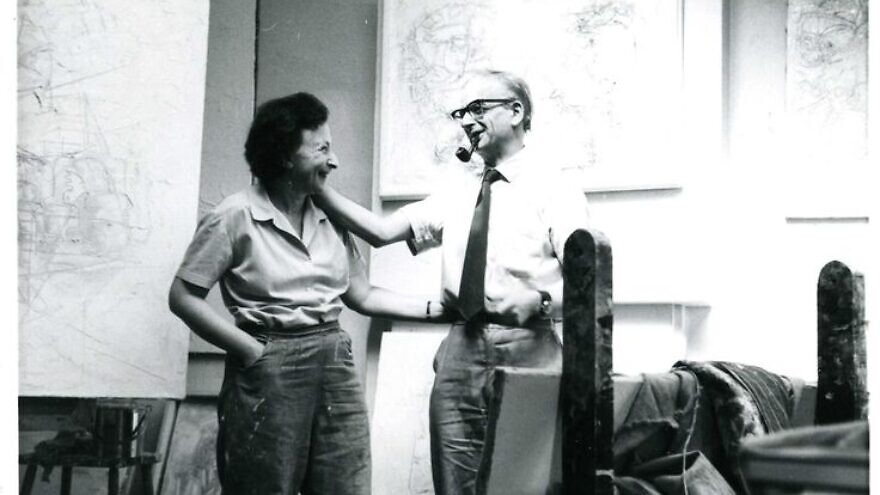 (October 12, 2021 / JNS) A Polish Jewish couple’s anti-fascist movie thought to have been destroyed by the Nazis was shown to the public for the first time in more than 80 years.

The 1931 anti-fascist short film “Europa,” by Stefan and Franciszka Themerson, is based on a 1925 futurist poem of the same name by Anatol Stern. It was featured last week as part of the British Film Institute’s (BFI) London Film Festival, where it was introduced by the Themersons’ niece, according to the Independent.

The Themersons made the 12-minute movie in their bedroom in Warsaw. It is considered the first noteworthy avant-garde film from Poland, The Jewish Chronicle reported.

When the couple moved to France in 1938, they deposited all copies of their short film at the Vitfer Laboratory in Paris for safekeeping. Nazis seized all prints of their film after invading France, and “Europa” was thought to have been destroyed.

The Themersons, who survived World War II, were lifelong collaborators as writers, filmmakers and illustrators. They died weeks apart in 1988 in London, still believing that their film was long gone.

Two years ago, a copy of “Europa” was discovered in the German Federal Archives in Berlin. The Commission for Looted Art in Europe gave the copy to the estate of the Themersons family, which donated the nitrate film to the BFI archive. It was then converted into a digital version, though the original print is still preserved.