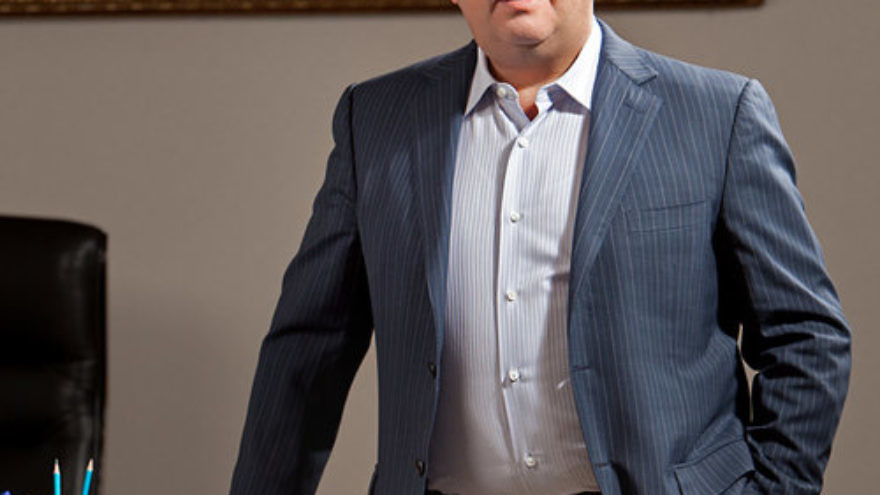 (October 27, 2016 / JNS) JERUSALEM – A Ukrainian legislator from the city of Kharkiv, Oleksandr Feldman, discovered that Facebook deleted one of his posts expressing criticism of his country’s lionization of Holocaust collaborators earlier this week.

“I don’t understand what’s going on,” the Jewish MP wrote afterward on the social networking site. “Is it censorship or denial of the Holocaust or the work of anti-Semites?”

The post recounted a Soviet-era trial of two members of the Ukrainian Insurgent Army (UPA) and was a repost from Eduard Dolinsky, director of the Kiev-based Ukrainian Jewish Committee, an advocacy organization funded by Feldman.

Last year, the Ukrainian parliament passed a bill outlawing criticism of the UPA, a group implicated in war crimes against Poles and Jews during World War II.

Dolinsky is an outspoken critic of the Ukrainian government’s alleged support for revisionist history. This wasn’t the first time he was censored by Facebook after expressing his views online. Over the past several weeks, two other posts critical of Ukraine’s past politics were also removed by Facebook.

“I believe this is an orchestrated attack of Holocaust deniers here in Ukraine, the post was absolutely correct,” Dolinsky told JNS.org.

In his other posts, Dolinsky spoke out against a sign placed at the Babi Yar ravine memorializing members of OUN as well as a similar sign at the Kiev municipal building.

Recently, Ukraine has renamed several streets, including in the capital, honoring the dead OUN leader Stepan Bandera. On Wednesday, Ukrainian media reported the cabinet approved constructing a monument to World War I era Ukrainian leader Simon Petliura, whose forces were responsible for a series of pogroms across the country.

Other recent Facebook posts expressing criticism of Petliura by Ukrainian-Israeli journalists Alex Kogan and Shimon Briman were taken off the site.

“The removal from Facebook of quotes and/or film clips by Jewish leaders criticizing the glorification of Ukrainian units and/or local Ukrainian Nazi collaborators, who participated in the mass murder of Jews in Ukraine, is absolutely outrageous, and clearly proves the lack of freedom of expression concerning critical historical issues relating to World War II and the Holocaust in Ukraine,” said Dr. Efraim Zuroff, director of the Simon Wiesenthal Center’s Jerusalem office.

“The recent decision to build a monument in Kiev to honor Simon Petliura is an insult to the tens of thousands of Jews who were murdered in the pogroms carried out by troops under his command during the years following the Russian Revolution,” he added. “Once again, the mass murder of Jews does not in any way tarnish the reputations of Ukrainian nationalists, who remain worthy of commemoration, glorification and adulation regardless of anti-Semitism, pogroms and mass murder.”