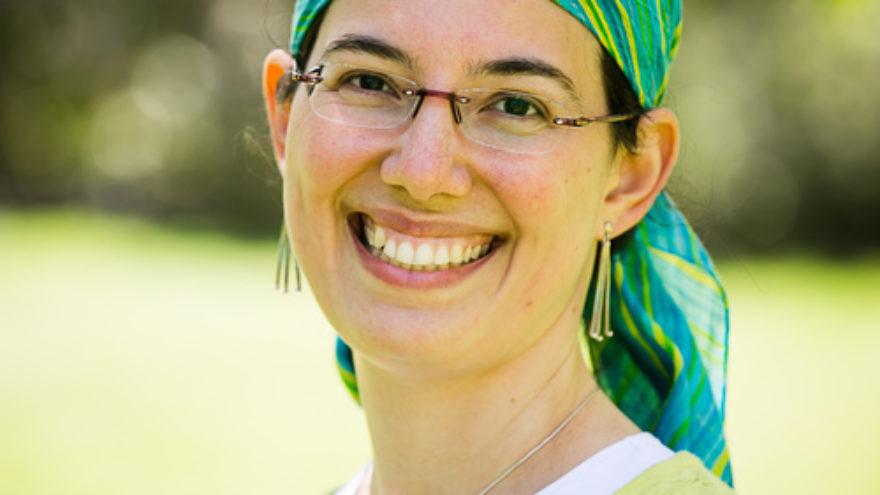 Most Jewish women have at least one childhood memory of wearing a Queen Esther costume for Purim. Esther’s image is ubiquitous in the collective Jewish consciousness, not only as the character in the Purim story who outwitted the villain Haman in order to save the Jewish people from annihilation, but as a symbol of a strong and intelligent woman. No wonder so many little girls want to dress up as Esther.

Like Esther before them, there are plenty of modern-day Jewish women leaving a strong mark on our society. Admittedly, the following list only scratches the surface of Jewish women making a difference, but here is a sampling of those who have made headlines for channeling their inner Queen Esther.

Jennie Rosenfeld, a native of Riverdale, N.Y., on Feb. 2 began a new role as manhiga ruchanit (spiritual advisor) in the Israeli community of Efrat. Rosenfeld officially began her position on Feb. 2 and she is the first woman in the history of Israel to fill such a role.

Efrat’s decision to name a female spiritual leader has been met with controversy in Israel, whose government does not recognize women rabbis. But Rabbi Shlomo Riskin, the chief rabbi of Efrat, said he made the decision because Jews “are living in very special times in which religious education extends to women on a very high level.”

“I am standing on the brink of something very exciting, and there is a sense of hopefulness that this will lead to good for the Jewish community and help bring people closer,” Rosenfeld, 34, recently told JNS.org.

Jewish-American actress Scarlett Johansson took a principled stand last year when she stepped down as a global ambassador for the non-governmental organization Oxfam International, which had criticized her for serving as a pitch woman for SodaStream, the beverage-carbonation company that has a factory in Judea and Samaria.

Johansson said in an interview with the British Observer newspaper that she was “aware of that particular factory before I signed [with SodaStream]. And it still doesn’t seem like a problem—at least not until someone comes up with a solution to the closing of that factory and leaving all those people [working there] destitute.” She added that the SodaStream factory, which employs many Palestinians and has an on-site mosque, is “a model for some sort of movement forward in a seemingly impossible situation.”

This year’s Miss Israel, Doron Matalon, was accused of photo-bombing Miss Lebanon Saly Greige, who distanced herself from her competitor due to criticism of the photo in Lebanon. But Matalon denied wrongdoing and struck a more peaceful tone on the relations between enemy nations, lamenting, “Too bad you cannot put the hostility out of the game.

“I hope for change and I hope for peace between us, and even just for three weeks, just between me and her,” Matalon told NBC News. “We need to remember that we represent the country and the people, not the government and not the political issues.”

In 2013, Yityish Aynaw became the first Ethiopian-Israeli contestant to win the Miss Israel beauty pageant. A former Israeli army officer, Aynaw made aliyah with her family as a child. During the competition, she told the judges that civil rights leader Dr. Martin Luther King, Jr. is her hero, saying that King “fought for justice and equality, and that’s one of the reasons I’m here.”

The only Jewish Miss America, Bess Myerson, died last December at the age of 90. Myerson is known not just for winning the 1945 Miss America crown, but for defending her Jewish identity during the competition. Organizers asked Myerson to change her name to Betty Merrick, but she refused. Later on in life, Myerson campaigned against anti-Semitism for the Anti-Defamation League (ADL) and was named ADL’s Woman of the Year in 1965.

After Hamas’s kidnapping and murder of Israeli teens Eyal Yifrach, Gilad Shaar, and Naftali Frenkel last summer, their mothers, despite their overwhelming grief, decided to campaign for Jewish unity. Since then, Iris Yifrach, Bat-Galim Shaar, and Rachel Frenkel, in partnership with Jerusalem Mayor Nir Barkat, have launched the Jerusalem Unity Prize in memory of their sons.

The prize of up to 100,000 shekels (approximately $25,600) will recognize “the efforts of organizations and individuals in Israel and the Diaspora who actively work to advance unity throughout Jewish communities and Israeli society.”

“For many years, Eyal talked about unity and connecting to others,” Iris Yifrach said. “The most appropriate way to pay tribute to his life is to commit ourselves to these ideals.”

Eighty years ago, 6-month-old Hessy Taft’s picture was selected by the Nazis, reportedly chosen by Nazi propaganda minister Joseph Goebbels himself, as the image of the ideal Aryan baby. The picture was distributed on postcards far and wide, and nobody—the Nazis included—ever discovered that this puffy-cheeked baby was actually Jewish.

Perhaps the sweetest revenge of all is that Taft is still alive and still working, as a professor of chemistry in New York. Taft, 80, never intended to be a symbol for the survival of the Jewish people, but she has become just that.

Rose Marchick is the biological mother of three and adoptive mother of two, but her maternal instinct extends far beyond that. As of last year, she had been a foster mother to more than 150 children over the course of nine years in Olathe, Kan.

Marchick’s foster home is one of the only homes in the area that will take in severely troubled children, and it’s the only Jewish-run foster home. The foster children themselves are usually not Jewish, but they are always invited to Shabbat dinner, lunch, and even synagogue. She keeps accessible a bookshelf of Judaic wisdom—and books of other religions—to offer spiritual guidance to the youths.

“The kids need a home, and we have one,” Marchick told JNS.org last year. “It’s no more complicated than that.”

Or Cohen: first female commander of an Israeli Navy vessel

Israel Defense Forces Capt. Or Cohen, who is currently a navigation officer on a missile boat, will become deputy chief of a patrol boat pending final confirmation by the Israeli Navy’s commander Maj.-Gen. Ram Rothberg, who gave the initial approval in November 2014. This is the first time a woman has been appointed as a vessel commander in the Israeli Navy.

“My life’s dream is coming true,” Cohen said. “I’m very excited and I’m grateful for the opportunity and the trust the senior command has in me. As an IDF officer, I believe in the integration of women into meaningful combat roles and I’m glad that I’ve been given the chance to have influence.”

Canadian-Israeli Gillian Rosenberg, 31, stunned the world last November with the announcement that she had joined Kurdish forces in their fight against the Islamic State terror, becoming the first non-Iraqi woman to do so.

Rosenberg later put fears to rest by denying reports that Islamic State had captured her.

“[The Kurds] are our brothers. They are good people. They love life, a lot like us [Israelis], really,” Rosenberg, a former Israel Defense Forces soldier, told Israel Radio.

In August 2014, NEXT: A Division of Birthright Israel Foundation and the Natan Fund announced three recipients for the 2014 Natan/NEXT Grants for Social Entrepreneurs. Among the winners was Leora Maccabee Itman, founder of TC Jewfolk, a start-up that uses social media and community-based journalism to connect, engage, and inspire young Jews in Minneapolis and Saint Paul, Minn.

TC Jewfolk promotes what it calls “a thousand ways to be Jewish,” bringing myriad Jewish voices together to reflect and forge diverse connections to local and global Jewish life. Itman is also an attorney at Maslon, Edelman, Borman & Brand, LLP.

On Jan. 30, writer Violet Spevack announced her retirement after more than 2,500 columns over the course of 50 years for the Cleveland Jewish News. The 98-year-old Spevack’s “Cavalcade”column is believed to be one of the longest continuously published weekly columns in America.

“I’ve had the time of my life covering our Jewish community through the lens of my society column,” Spevack wrote in her final column. “I can’t thank you all enough for reading my columns and most of all, for letting me into your homes every week.”