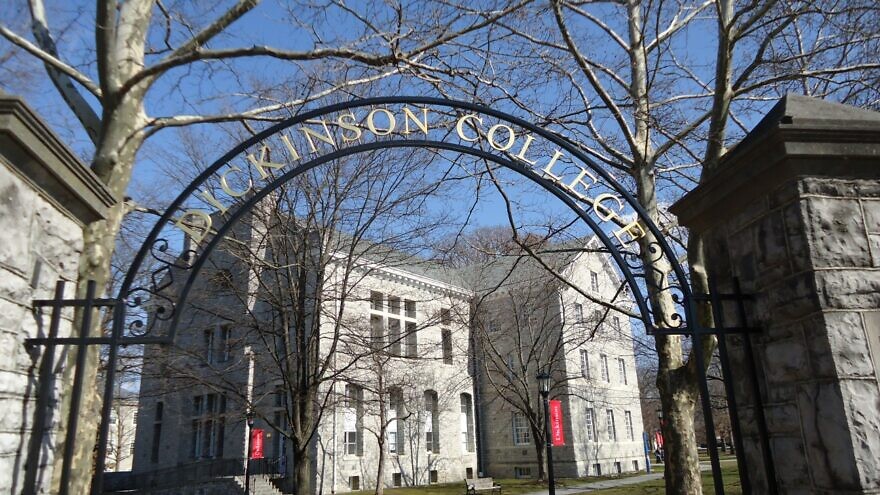 (May 9, 2022 / JNS) A New York resident accused of posting anti-Semitic stickers at Dickinson College in Carlisle, Pa., near Harrisburg, will stand trial after waving his initial hearing before a local judge.

Frank Petronio, 62, of Spencerport, N.Y., some four hours away from Carlisle, will appear in the County Court of Common Pleas on charges of ethnic intimidation, harassment and disorderly conduct, reported Penn Live on May 4. He apparently waived his right to a preliminary hearing; a formal arraignment is scheduled for July 11, according to local media.

According to police, Petronio was seen on security cameras allegedly placing the stickers on the door and window of the Milton B. Asbell Center for Jewish Life at Dickinson College, as well as nearby signs on Jan. 23, according to police.

One sticker read, “it’s OK to be white,” while another showed a smiley face that resembled Nazi leader Adolf Hitler, as shown in an evidence sheet provided by the Carlisle Police Department.

Petronio’s lawyer, Ed Spreha, said last week that he will try to have his client admitted into a program for first-time offenders.