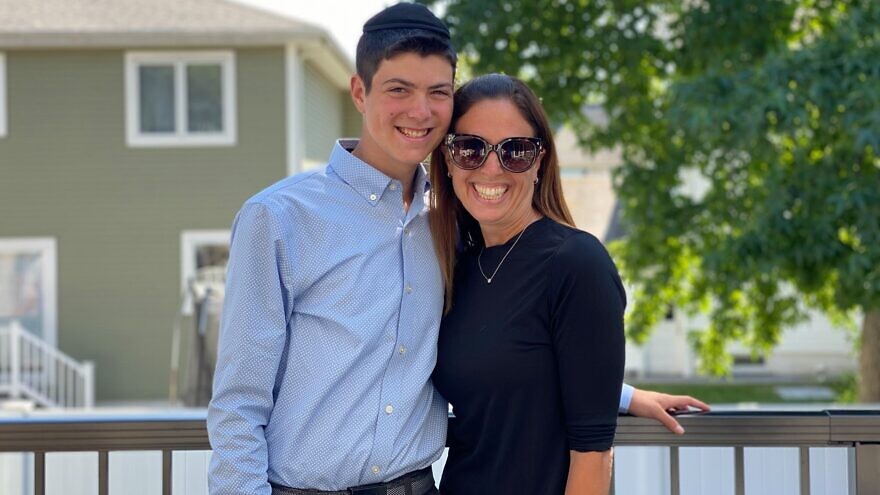 (May 18, 2022 / JNS) In Jewish tradition, Lag B’Omer is supposed to mark the end of a 33-day mourning period. For one New Jersey family, it will forever be a day to reflect on loss.

Last year, 19-year-old Donny Morris (Nachman Daniel), a Bergenfield native, was killed in a stampede at Israel’s Mount Meron, a religious pilgrimage site that includes the tomb of Rabbi Shimon bar Yochai, a central figure in Kabbalah who, according to tradition, died on the 33rd day after Passover, known as Lag B’Omer. The stampede on April 30—the result of overcrowding, poor infrastructure and lack of government management—took the lives of 45 people, making it the deadliest civilian disaster in Israeli history.

His aunt, Shira Kronenberg, told JNS that the period known as the counting of the Omer—the 49 days between Passover and Shavuot—has been especially trying this year for the family.

“It’s extremely difficult knowing that a year has come. Also, the fact that it’s on a holiday celebration … it’s very emotional. I guess it’s something you never fully get used to,” she said. “There’s a lot of sadness, missing Donny, especially now that what would have been the end of his second year in Israel has come to an end, and the boys are coming back, boys his age are returning. I think it’s just that much more real.”

Morris was studying in Israel during a gap year after graduating from the Marsha Stern Talmudical Academy in Manhattan. His funeral, live-streamed from Israel, drew tens of thousands of viewers, as the teen was memorialized as a pure soul who dedicated his last days to studying his faith abroad. A sea of students, rabbis and other holy leaders were seen gathered before the Yeshivat Sha’alvim, the Jewish boys’ school in Israel where Morris spent his final months. The yeshivah and his New Jersey community are striving not to let the memory of Morris fade.

“So, people don’t want to let him disappear or his memory be forgotten. And there’s been so much in Sha’alvim themselves. They opened up a whole Torah learning center in his memory, and between the rabbis and the boys here in Israel, a sefer came out in his memory on the weekly Torah portion, really connecting it to mitzvot bein adam l’chavero (‘commandments between man and man’) because it’s really what Donny stood for,” said Kronenberg.

She continued, saying that the family’s shul in Bergenfield is opening a beit midrash (hall dedicated for Torah study) dedicated in Donny’s memory, and a sefer Torah (handwritten copy of the Torah) is being dedicated on May 22 there. One of the local girls’ high schools is dedicating their dance and music program in memory of Donny, with the money raised going towards scholarships for Israel gap-year learning programs.

“I just did a whole thing in my school with a community of kindness where we’re really working on the idea of how to bring kindness and smiles—everything that Donny was—and it feels in some ways, he’s still here,” said Kronenberg. “It’s unbelievable how much of an impact he’s continuing to have.”

‘I truly believe he’s smiling up there’

A final image of Morris—taken on the day of his death at Mount Meron—was widely circulated at the time. It featured what his family called his trademark smile.

“I still see that smile, and I truly believe he’s smiling up there, and when things are hard and we do miss him, I just keep [going] knowing that he was just one of those kids who always rolled with the punches and always found the best in everything. That’s what I keep reminding myself of. And I try to smile, try to [do] all the things that he would do: try to help someone else out, try to be there for someone,” said Kronenberg.

The Morris family has not spoken about legal accountability for Donny’s death. The Israeli parliament recently approved 500,000 shekels (approximately $160,000) for the family of each victim of the Mount Meron stampede, while some families have filed a lawsuit seeking millions of dollars in damages.

Kronenberg elected not to discuss the issue with JNS but noted that the family continues to return to Israel. 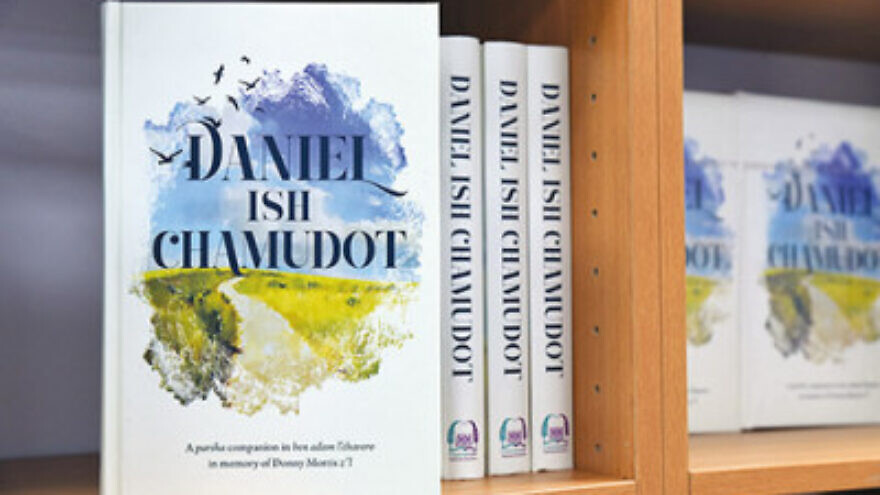 “It’s always a mix of emotions going there, and part of it makes it difficult to leave,” she acknowledged, adding that his parents, Aryeh and Mirlana Morris “know that Donny’s there. But they have been back, and they keep instilling a love of Israel to my niece and nephew [Donny’s sister and brother], and want and keep making Israel also a positive experience.”