(January 6, 2022 / Jerusalem Center for Public Affairs) Lebanon’s dire economic situation, and the paralysis of its governing structures, trigger in many a yearning for the country that once was. The mere allusion to Lebanon coaxes a smile and a longing for the “Switzerland of the Middle East,” for Beirut, the “Paris of the Middle East.”

In fact, that Lebanon existed mostly in the imagination. The events that have unfolded since October 2019 have revealed the other, truer face of Lebanon: a corrupt and plundered state, and a sectarian regime that has led to political paralysis.

• Day after day, scandals erupt around officials and politicians who have banded together to rob the state;

• Rivers of garbage flood the cities;

• Electricity was a tool used for financial manipulation, leading to an energy crisis;

• Forty percent of Lebanese physicians and 30 percent of the country’s nurses have left for better havens;

• Druze politician Walid Jumblatt’s incredible confession that he transferred $500 million out of the country;

• A governor of Lebanon’s central bank was investigated over assets accumulated in Europe and elsewhere;

• The army being forced to beg for meals and contributions from abroad, even offering helicopter sightseeing trips to beef up its operational funds. 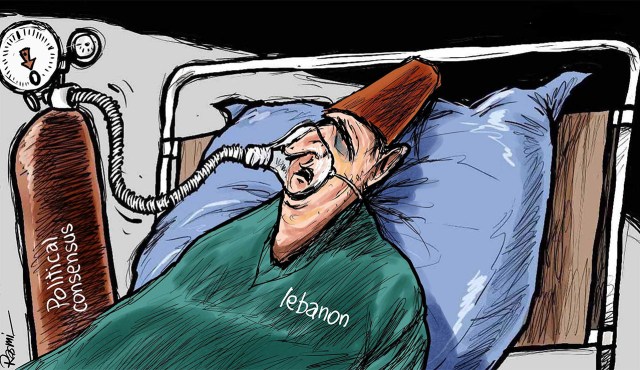 The State of Lebanon. Source: Asharq al-Awsat via Twitter.

Suffice it to say that almost a quarter of a million Lebanese have left in the first quarter of 2021, joining a growing diaspora that until now has saved Lebanon through expatriates’ money transfers. Funds transferred to Lebanon after the Aug. 4 Beirut Port explosion, which devastated a third of the capital city, have disappeared, and the reconstruction effort is stuck, with no end in sight. Lebanese citizens are forbidden to withdraw their money from national banks. They are allowed to withdraw only small sums at given times. This did not stop the outflow of six billion dollars in fewer than three months following the decision to block all transfers of foreign currency out of the country.

If this were not enough, politicians from all parties fight relentlessly over the corpse of the Lebanese body-politic. The “Shi’ite duo” (Hezbollah and Amal), as they are nicknamed in Lebanon, have chosen to paralyze the government, which has not convened since October 2021, because of the government’s refusal to replace judge Tarek Bitar, the chief investigator of the Beirut port blast.

Hezbollah behaves as if Beirut were the second capital of Iran, with the portraits of the notorious Iranian general Qassem Soleimani and other Shi’ite “heroes” decorating the main arteries of the capital, especially those leading to the Beirut International Airport. In October, armed men affiliated with Hezbollah and Amal marched defiantly through Beirut’s Christian neighborhood of Tayouneh, which almost sparked a third civil war. The Shi’ite militias threatened to deploy 100,000 enlisted and trained men to storm the Christian areas. Seven people were killed and 32 wounded in the clash before the Lebanese Army restored a semblance of order.

This is not surprising in a country where political murders are not investigated. The assassination of prominent Shi’ite publisher Lokman Slim, a critic of Hezbollah, in February 2021, comes to mind. In Lebanon, militia chiefs refuse to appear before investigatory tribunals, and politicians manipulate their political immunity to avoid being questioned over their role in the Beirut port explosion.

Amid such lawlessness, it was not surprising to witness the arrival of Iranian oil products to Lebanon after being unloaded in a Syrian port and transported to Lebanon in long convoys through an illegal entry post at the as-yet-undefined border between Syria and Lebanon. The fuel was distributed to Hezbollah and Amal clients first, and what remained was given to their political allies. 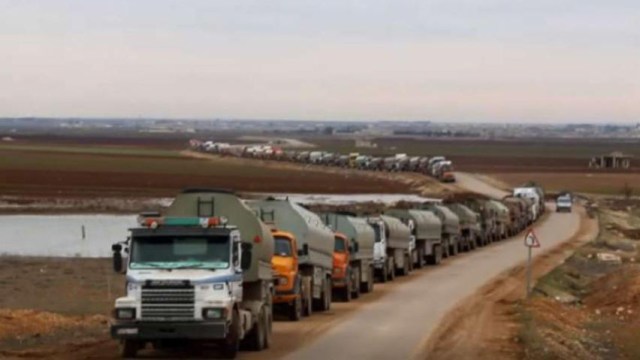 Hezbollah has also wrought havoc on the relations between Lebanon and the Gulf States, which have threatened Lebanese expatriates with expulsion. Significantly, some 350,000 Lebanese live in these states, annually transferring almost $4.5 billion to their families. Hezbollah’s subversive undertakings and hostile actions against the Gulf States include advising the Houthis in the Yemeni war, where Iran’s ambassador was in charge of training and launching ballistic missiles and drones at Saudi installations.

President Michel Aoun and Prime Minister Najib Miqati have tried to mend fences with the Arab states, but as yet to no avail. The continued smuggling of Captagon pills by Hezbollah agents into the Gulf States has provoked a ban on the import of all Lebanese agricultural products, costing the Lebanese economy more than $350 million a year. 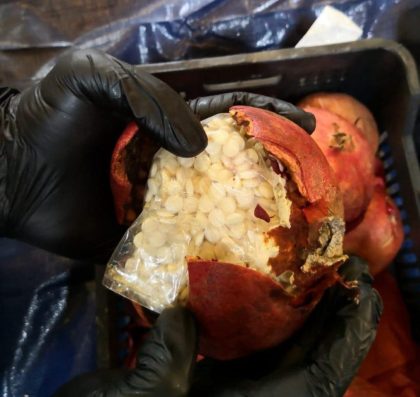 On Dec. 30, Saudi Arabia’s King Salman urged Lebanon to end “the hegemony of terrorist Hezbollah over the state.” Just days earlier, on Dec. 27, President Aoun stated that his government wanted to preserve good ties with the Gulf. He criticized Hezbollah and Amal without explicitly naming them, but the implicit jab was understood by many observers.

“It is true that defending the nation requires cooperation between the army, the people and the resistance [Hezbollah],” Aoun said in his statement. “But the main responsibility is the state’s. The state alone puts in place the defense strategy and attends to its implementation.”

Aoun’s term as president ends in October 2022, which will likely leave Lebanon without a president for an extended period; Aoun’s election occurred after a 29-month vacuum. His son-in-law, Gibran Bassil, has expectations of succeeding Aoun. However, the former energy minister is at the center of an economic meltdown and stands accused of corruption. Known in the press as “the most hated man in Lebanon,” he stands a poor chance of being elected president.

The U.S. government imposed sanctions on Bassil and froze his assets in November 2020 for “systemic corruption” and ties with Hezbollah, charges that Bassil denied. 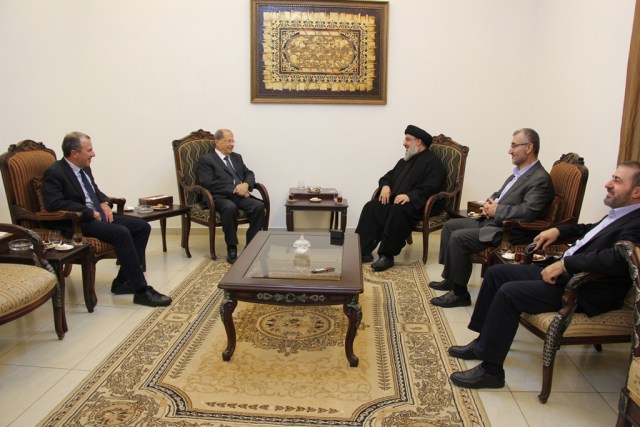 Among the most distressing things about Lebanon’s ostensibly modern, democratic and open society is that it is xenophobic, apartheid-like, with a racist attitude towards foreigners living within its borders. Palestinians live in 12 refugee camps, while one and a half million Syrian refugees survive in tent camps and temporary, dangerous and overcrowded dwellings in the Bekaa Valley. Almost 300,000 foreign workers from Africa and Asia are employed as housekeepers and servants in private homes and also work various risky, dangerous jobs. Lebanon has treated its foreign guests in the harshest possible manner, denying them fundamental rights.

Lebanon’s foreign workers are locked in a system called kafala (“guarantee”), a synonym for forced labor, a sort of modern-day slavery. Originating in the Gulf in the 1950s, “kafala” creates a permanent bond which ties migrant workers’ residency in Lebanon to their employer, or kafeel (“sponsor”). It provides private citizens and companies in Lebanon with almost total control over migrant workers’ employment and immigration status. Passports, IDs and other official documents are kept by the employer and are given back only when the employer decides to do so. The migrant worker rarely enjoys rest days, defined working hours, or the freedom to switch jobs. A migrant domestic worker cannot simply resign if working conditions are abusive. He or she needs the consent of the employer, who happens to be his or her abuser in such cases. 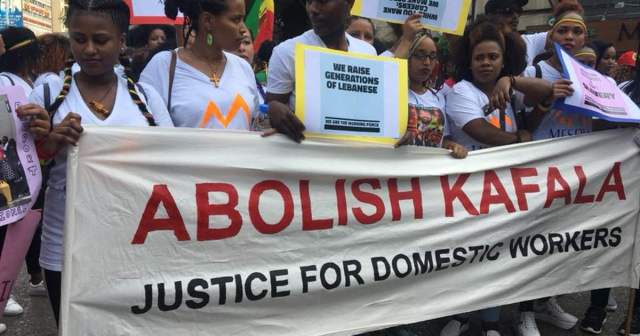 Since October 2019, thousands of migrant workers have been thrown into the streets, unable to return to their countries of origin. In addition, as the economic crisis in Lebanon worsened, there was a significant increase in arbitrary dismissals and the absence of end-of-service compensation.

As for the Palestinians, for the first time since their arrival in successive waves beginning in 1948, Lebanon recently announced a significant change in labor law, allowing Palestinian refugees to work in trade-union-regulated professions. Accordingly, Palestinians born in Lebanon and officially registered in the records of the Lebanese Interior Ministry are now allowed to work in professions that had generally been limited to Lebanese citizens only, such as law, engineering and medicine, among others. (There was a list of 70 professions forbidden to Palestinians.)

Nevertheless, Palestinians born in Lebanon still have to be formally admitted as members of the professional syndicates before being allowed to practice their profession, a condition that seems impossible to meet because of the condescending and hostile attitude of the Lebanese towards the Palestinians.

Finally, the least fortunate of all are the Syrian refugees, who do not enjoy any rights in Lebanon. With the outbreak of the civil war in Syria, thousands of refugees poured into Lebanon. They are detested by the Lebanese, who experienced a 30-year military occupation by Syria (1976-2005), and are bearing the brunt of the country’s economic crisis. Thirty percent of school-age refugee children have never attended school, while about 30,000 were engaged in child labor. The human and sex trafficking of Syrians in Lebanon is rife. One in five girls between the ages of 15 and 19 is married. Nine out of 10 refugees live in extreme poverty. In June 2021, almost 50 percent of Syrian refugee families were food insecure.

On Nov. 10, the mayor of Ras Baalbek decreed that the salary of Syrian workers should be limited to 40,000 Lebanese liras ($1.5!) for a seven-hour workday. A Syrian woman working in a household would be paid 10,000 Lebanese liras per hour (about $0.40). Syrians living in the area of the Ras Baalbek are also forbidden to receive guests from other areas after dark, having to abide by a curfew between 7 p.m. and 6 a.m.

Lebanon’s ailing society has an inherent racism problem. It has been there for a long time, successively targeting different communities, sects and religions. The present economic and political crises have only exacerbated this tendency. These dystopian social dynamics are here to stay. The more the country drowns in chaos, the more the fringes, the weakest links of the social infrastructure, will be the target of attacks, discrimination, hostility, abuse and marginalization.

In conclusion, this form of Lebanese racism will survive the political stalemate and continue to be one of the prominent features of Lebanon’s true (ugly) face.

IDF Col. (ret.) Dr. Jacques Neriah, a special analyst for the Middle East at the Jerusalem Center for Public Affairs, was formerly a foreign-policy adviser to Prime Minister Yitzhak Rabin and the deputy head for assessment of Israeli Military Intelligence.