(February 11, 2021 / JNS) We already knew that the Genesis Prize was not really the “Jewish Nobel Prize” as its public-relations flacks have trained so many journalists to call it. Since its inception in 2012, it has been a parody of the world-famous Swedish prizes. We also already knew that the last thing that the Jewish people needed right now was another excuse for the organized world to slobber over celebrities and fat cats. But last year, when the organizers decided to pump up the publicity for their annual extravaganza by holding an Internet poll to decide their winner for 2021, they took the next step towards dumbing down an already ridiculous exercise.

We all knew that one of the celebrities that were among the “nominees” for the prize would be the winner of the poll; I wrote as much at the time. And that’s exactly what happened when film director Steven Spielberg finished first and has now been named the winner of the award. But in putting a group of merely famous people, including entertainers Barbra Streisand, Gal Gadot, Sacha Baron Cohen, entrepreneur Marc Beniof and, more defensibly, U.S. Supreme Court Justice Elena Kagan, up against Rabbi Lord Jonathan Sacks—one of the truly great Jews of our time—the Genesis committee had set itself up for criticism that it wasn’t so much seeking to inspire Jews as to reflect their shortcomings.

But fate gave them an opportunity to rectify the situation when, sadly, Sacks passed away in November while the voting was being held. Had those running the Genesis Prize possessed a scrap of good sense, they would have closed down the voting then and there, and declared that Sacks would be given the award posthumously. Doing so would have been no disrespect to any of the others who had been persuaded to take part in this farce. Even the devoted fans of each of the entertainers would have understood that Sacks’s death rendered the vote not so much an absurd popularity contest as an exercise in bad taste.

But expecting people who think that giving an award to a rich or famous Jew (when that’s what Jewish organizations do all the time) is evidence of creative thinking to behave appropriately was, of course, mistaken. The vote went on, and while the announcement said that the winner of the poll was merely one element in their decision, nonetheless it was given to Spielberg.

To say that comparing Sacks to any of the other contenders for this dubious honor was a case of comparing apples to oranges is an understatement. That’s no insult to the others listed in the poll. All of the other nominees are Jews who have accomplished a great deal in their lives, and most of them have demonstrated some commitment to Jewish values or to helping their people in one way or the other. Spielberg is a good example of that because of “Schindler’s List,” which brought knowledge of the Holocaust to many millions of film viewers who would otherwise have remained in ignorance about the subject, and who has also given generously to create a foundation to record the testimony of survivors. 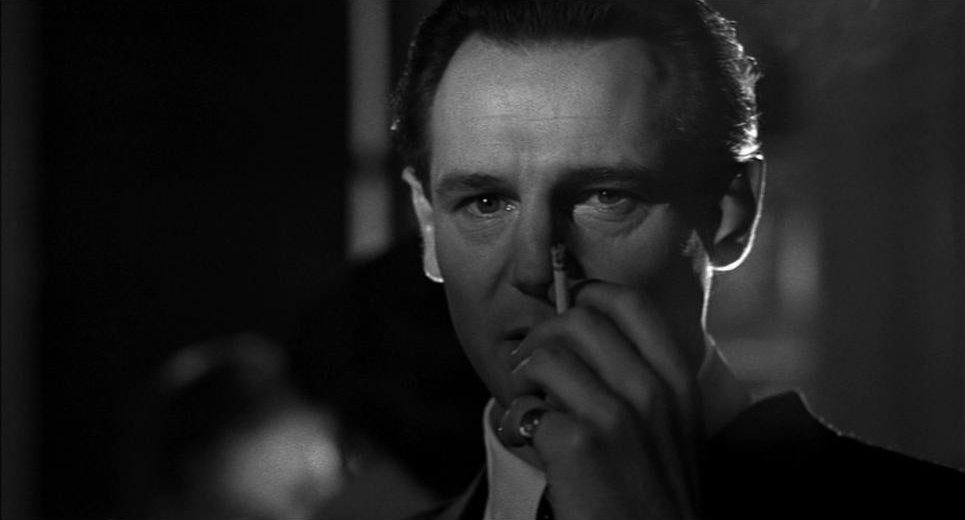 With “Schindler’s List,” Spielberg turned on its head the old Hollywood paradigm that held that the influential Jews who ran the movie business were the sort of people who were loath to do anything to bring attention to Jewish causes. That film, and his subsequent efforts on behalf of survivors via his Shoah Foundation and other philanthropies, brought him well-deserved praise and have turned him into something of a secular American Jewish saint.

Nevertheless, Spielberg’s other major film on a Jewish subject, which reflected a growing ambivalence about Zionism and Israel among fashionable liberal American Jews, shouldn’t be forgotten. His 2005 film “Munich” about efforts to track down the perpetrators of the 1972 Olympic Massacre of Israeli athletes was a travesty of moral equivalence. It made the Israeli intelligence operatives seeking to make the murderers—for which the international community had no interest in punishing—accountable for the slaughter of 11 Jewish athletes and a German policeman seem as bad, if not, worse than the terrorists. To no small extent, it reflected the influence of Tony Kushner, the co-author of the script and a notorious anti-Zionist.

Still, if your goal is to pick a Jewish celebrity who has actually done something Jewish other than complaining about his upbringing or using their identity as a cover for attacking Israel, as so many famous Jews do, you could do a lot worse than the multiple Oscar winner.

But the point here isn’t whether Spielberg is deserving of yet another honor after receiving countless other acknowledgments of his work and achievements. It’s that the Genesis poll reflects the fact that contemporary Jewry no longer honors the attributes that helped preserve the Jewish people over the centuries—namely, scholarship and devotion to nurturing their faith and heritage.

It’s certainly no surprise that the largely secular contemporary Jewish world is detached from the values that would have made someone like Sacks or Rabbi Adin Steinsaltz the superstars in the past, rather than footnotes in a culture that is besotted with celebrity and riches rather than learning. Steinsaltz, the Chassidic teacher and author, whose edition of The Talmud in Modern Hebrew and English translation brought Jewish wisdom to a new audience in a way that made up among the most significant Jews of the modern era. He, too, passed away last year without ever being considered for a “Jewish Nobel Prize.”

To compare either scholar to a famous film director, actors, singers or billionaires is ridiculous, especially if you are asking ordinary people who have had little or no Jewish education—yet watch movies, listen to music or read about celebrity gossip—to be the jury.

Were the Genesis Prize pitched merely as an exercise in celebrity, there would be no reason to criticize it. But it is specifically because it poses as a Nobel-like award—the Swedish prizes in the sciences, if not the arts, are an objective measure of true brilliance—that claims to celebrate achievement, strengthen ties between Israel and the Diaspora, and foster Jewish pride, that its tawdry chasing after the rich and famous should inspire derision.

The problem is that by throwing Sacks into the mix, the Genesis committee made it clear that neither they nor their voters are in touch with traditional Jewish values, as well as those that are essential to furthering the goals they claim to care about. If there is anything that has brought the organized Jewish world into disrepute among younger generations, it is the emphasis on lauding prominent wealthy donors at the expense of support for those who actually embody praiseworthy attributes. If we must have a “Jewish Nobel Prize,” then it should go to someone like Sacks, as opposed to the winner of a celebrity popularity contest.

All of which is why this painfully foolish idea should be retired, rather than continue the pretense that its yearly publicity stunt is doing anything other than feeding the egos of those involved and giving journalists something silly to cover. This year more than any other, the Genesis Prize has proven that it is more about what’s wrong with the Jews than what’s right about them.