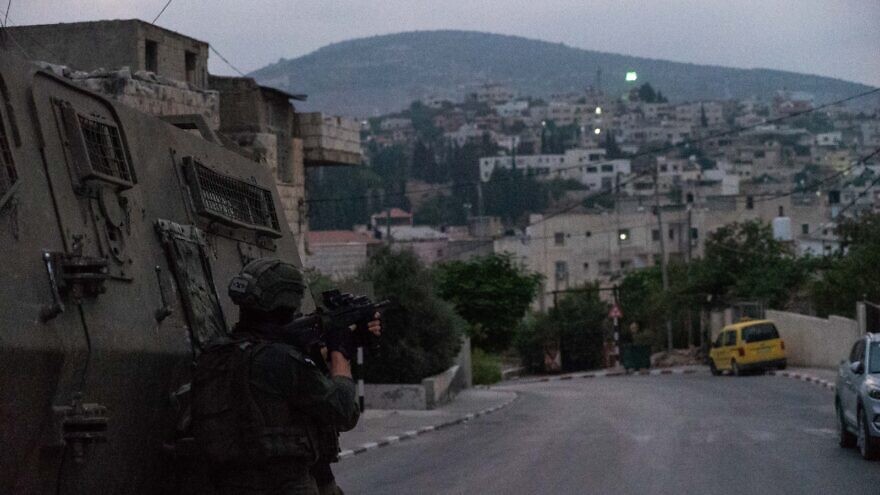 (September 22, 2022 / JNS) IDF troops conducting a routine patrol near the town of Huwara observed a car weaving across road and hitting one of the soldiers.

The soldiers fired at the vehicle and apprehended the suspect, who was transferred to security forces for interrogation.

An IDF soldier was lightly injured and evacuated to a hospital for further treatment.

Later Thursday night, three Israelis were mildly injured in a stabbing terror attack near the central Israeli city of Modi’in.

According to media reports, the attacker was a 22-year-old Palestinian from Ramallah who opened car doors and attempted to stab people with a knife. At least one person was stabbed before one of the passengers sprayed the attacker with pepper spray that they had on hand.