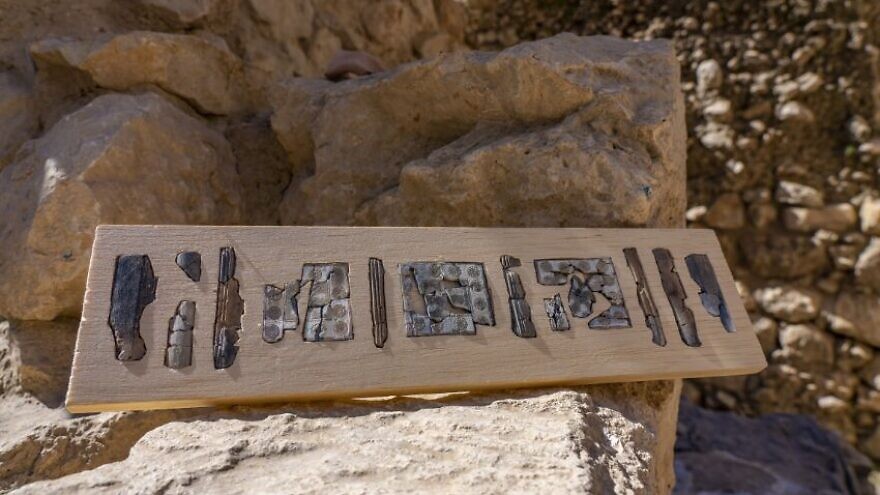 Ivory was one of the costliest raw materials in the ancient world – even more so than gold. Credit: Yaniv Berman/IAA
Republish this article
600 WORDS
Spread the word.
Help JNS grow!
Share now:

(September 6, 2022 / JNS) Archaeologists are describing as “extraordinary” the discovery of a collection of ivory plaques from the First Temple period recently unearthed in Jerusalem. They are among only a few ever found and the first to be unearthed in the city.

The plaques, approximately 2,700 years old, were discovered during the excavations being conducted by the Israel Antiquities Authority (IAA) and Tel Aviv University at the Givati Parking Lot in the City of David archaeological and tourism site, which is part of the Jerusalem Walls National Park.

Decorated ivory objects are among the rarest archaeological finds.

“To date, we only knew of decorated ivories from the capitals of the great kingdoms in the First Temple period, such as Nimrud, the capital of Assyria, or Samaria, the capital of the Israelite Kingdom,” said professor Yuval Gadot of Tel Aviv University’s Department of Archaeology and Near Eastern Cultures and Dr. Yiftah Shalev of the IAA. “Now, for the first time, Jerusalem joins these capitals.”

Ivory was one of the most expensive raw materials in the ancient world, even more precious than gold, according to the IAA. The plaques were discovered in the ruins of a palatial building in active use when Jerusalem was at the height of its power, during the eighth and seventh centuries BCE.

Microscopic testing performed by doctoral candidate Harel Shochat of the University of Haifa’s Archaeology Department confirmed that the plaques were carved from an elephant tusks.

“The prestige of ivory is also associated with the great skill required to work with it and create decorations,” Gadot and Shalev explained.

“The assemblage of ivory [objects] discovered in the City of David was probably imported, and originally made by artisans from Assyria. The ivories may have come to Jerusalem as a gift from Assyria to Jerusalem’s nobility,” they said.

“Following a comparison with complete objects that appear on wall plaques from the palace of the Assyrian King Sennacherib at Nineveh, we suggest that the ivory plaques from Jerusalem were originally inlaid in a couch-throne, and we may imagine that it had been situated on the second floor of the opulent structure.” 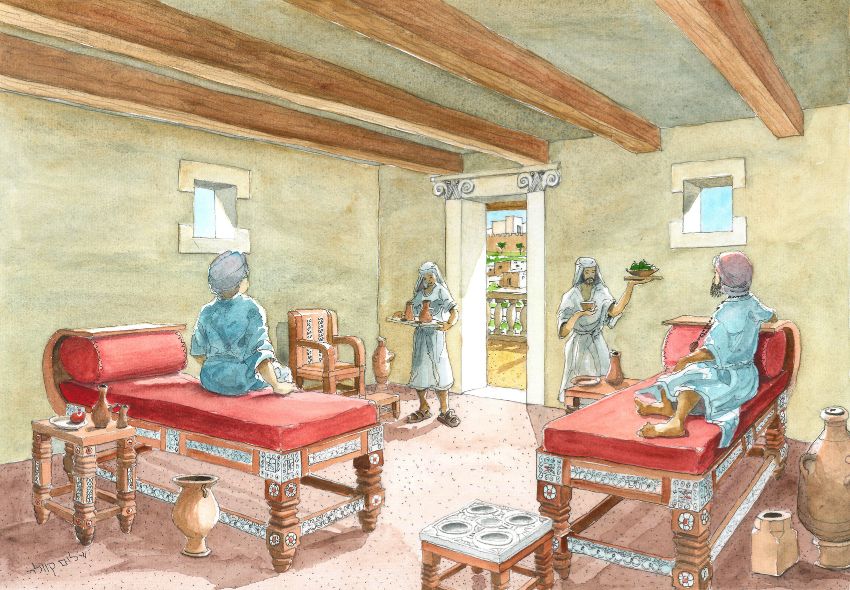 The plaques were apparently inlaid in a couch-throne placed in a palatial structure. Credit: IAA

Ivory is mentioned a few times in the Bible, always linked with royalty or great wealth, i.e. the description of King Solomon’s throne (I Kings 10:18); an ivory palace built by King Ahab in Samaria (1 Kings 22:39); and Amos the prophet’s rebuke of Israelite nobility: “They lie on ivory beds, lolling on their couches” (Amos 6:4).

The impressive building where the plaques were unearthed was destroyed in a fire, which scholars surmise took place during the Babylonian destruction of Jerusalem in 586 BCE.

The plaques had been smashed into pieces and burned. No fewer than 1,500 fragments were found. They were reassembled in a painstaking restoration project led by antiquities conservator Orna Cohen, together with Ilan Naor from the IAA’s Artifacts Treatment and Laboratories Department.

“At the end of the process of joining and ‘fusing’ hundreds of the fragments, we were able to understand that the assemblage includes remnants of at least 12 small square plaques—about 5 cm x 5 cm, at most 0.5 cm thick—which were originally inlaid in wooden furnishings,” said Cohen and Naor.

The ivory objects were not the only noteworthy items found at the site. Also unearthed were an agate seal and a seal impression carrying the name “Natan-Melech servant of the king.”