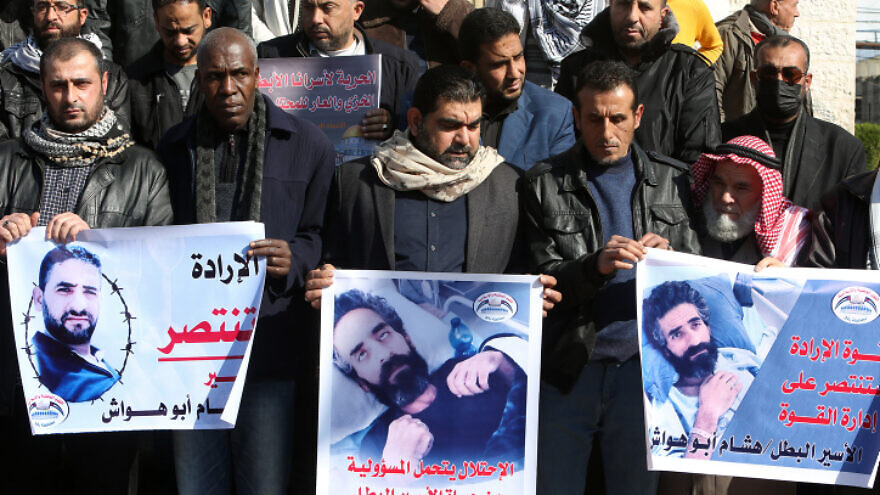 (January 4, 2022 / Israel Hayom) Fearing a possible flare-up in the Gaza Strip, Egypt is involved in intense efforts to release Palestinian prisoner Hisham Abu Hawash, who has been on a hunger strike in protest of his detention by Israel for 141 days, according to Palestinian media.

Sources told the Al-Quds Palestinian daily that senior Egyptian intelligence officials are involved in the talks. According to the paper, Israel and Palestinian Islamic Jihad have been engaging the officials, as well.

Sources also said Egypt aims to reach an agreement that would end Abu Hawash’s administrative detention on February 26, as opposed to the scheduled release in April. They said Egypt’s efforts are expected to bear fruit in the coming days, at the latest.

In early December, the High Court of Justice rejected Abu Hawash’s petition for release, or for his detention to be suspended, due to his medical condition. The High Court ruling described how Abu Hawash, a resident of the Hebron area, posed a danger to security, and had even served a previous prison sentence for security crimes. His petition was rejected because his condition was not life-threatening.

Palestinian Authority spokesman Ibrahim Al-Melhem confirmed talks are underway, but did not specify who were the parties involved.