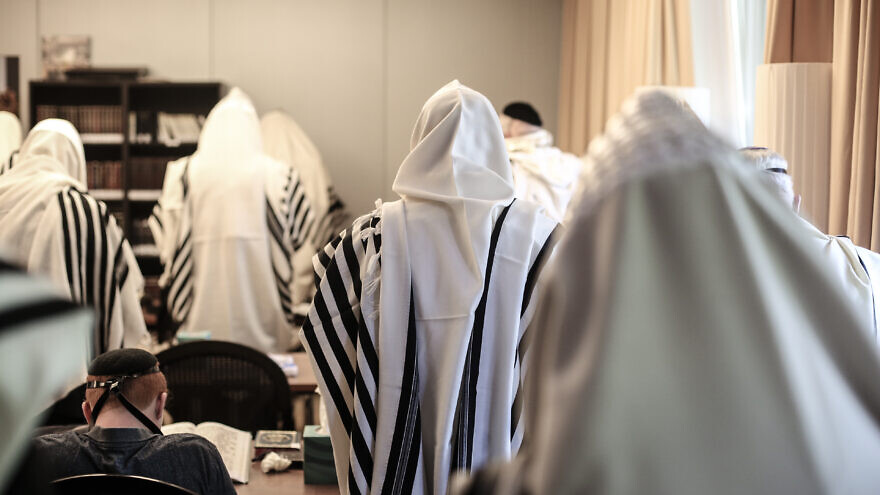 (January 5, 2022 / JNS) A new partnership between two Jewish organizations is aimed at preventing acts of terror against synagogues nationwide, specifically in the wake of increased anti-Semitic attacks.

The National Council of Young Israel and the Community Security Service hope that their actions will encourage volunteers from other Jewish groups to take more active roles in protecting their synagogues and schools. Under the CSS model, community members will volunteer to safeguard their congregations, sometimes working alongside off-duty police or members of hired security firms.

“I think security has been a concern for a number of Young Israel shuls. There are some that have availed themselves of CSS and are involved with CSS, and there are also shuls that have armed security guards or different security arrangements,” said Rabbi David Warshaw, president of NCYI, a network of some 100 Orthodox synagogues across the United States. However, “we’ve never had any formal arrangement or ties with any groups like CSS. This is the first time we are entering into this type of arrangement.”

The impetus for the partnership came after Evan Bernstein, national director and CEO of the Community Security Service, spoke at a large Young Israel synagogue with a vibrant CSS program. One of the participants was so impressed by what he heard that he approached NCYI leadership about offering CSS’s high-level security training to affiliated congregations nationwide.

Agreeing to do so was a “no-brainer,” said Warshaw. “We have a good number who are already participating and others we know will want to become involved but didn’t know how, particularly those outside of New York and in smaller communities.”

About 20 Young Israel synagogues currently have CSS volunteers safeguarding their buildings. That number is expected to rise with the new arrangement. Warshaw estimates that some 25,000 families are affiliated with its congregations.

“We want to empower people with proactive safety and security measures. To allow people to be trained at a high level to know what’s fitting and what’s not. To learn best practices that have worked in Jewish communities worldwide for the last 50 years,” said Bernstein.

As Bernstein pointed out, there are nuances and practices that congregants pick up on that professionals might not: “A person who doesn’t know the community will not know what’s normal or not normal, who is in the congregation and not. That information is invaluable.”

Plus, both men note that having congregants volunteer takes security to an even greater level because of the natural inclination to protect family and friends.

“I think this will be one of the more important things we can offer our shuls,” said Warshaw. “When you have the national organization backing it and you can say that we already have nearly 20 Young Israels already participating, other people are apt to look into it further.”