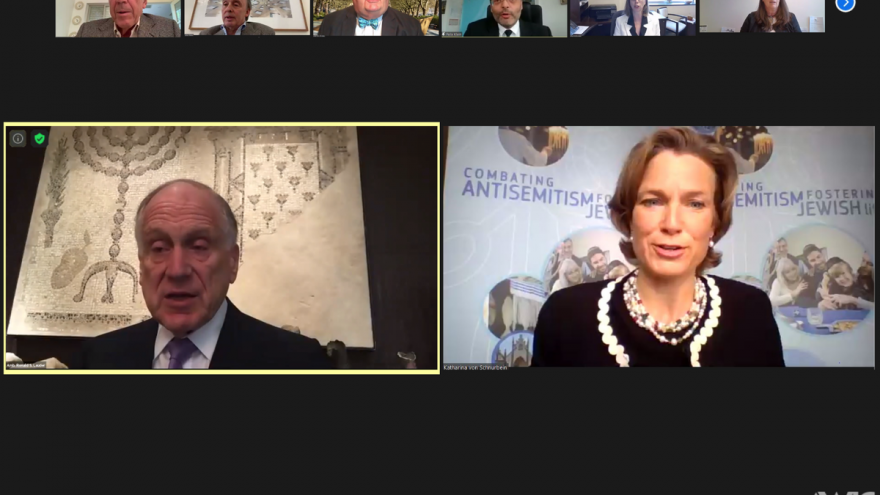 (May 7, 2021 / JNS) Special envoys to combat anti-Semitism from 22 countries, as well as representatives from Jewish communities in 45 countries, gathered on Tuesday to discuss methods on how to prevent and respond to hatred.

The representatives, who were also joined by seven international organizations, joined together for the International Meeting of Special Envoys and Coordinators Combating Antisemitism (SECCA), convened as part of World Jewish Congress’s 16th Plenary Assembly. The SECCA was held virtually due to COVID-19.

The session concluded with Theo Bertram, TikTok’s director of government relations and public policy for Europe, who applauded partnering the social-media platform with the World Jewish Congress to “protect users from hateful and anti-Semitic content and to educate them about the Holocaust and Jewish history.”

Still, Daniel Höltgen—the Council of Europe’s special representative on anti-Semitic, anti-Muslim and other forms of religious intolerance and hate crimes—noted that more must be done to combat anti-Semitism and bigotry online. He noted that “freedom of expression is one of our most important fundamental human rights, but there are limits, and the limits are there when hate and crimes begin.”

This year marked the first time that Switzerland was represented at SECCA.

Ambassador Simon Geissbühler, head of the human security division of Switzerland’s Federal Department of Foreign Affairs, said: “As an ambassador for peace and human rights, it is very obvious to me that sustainable peace and democracy can never be achieved as long as Jews are discriminated against physically and verbally attacked, and as long as anti-Semitic conspiracy and Holocaust denial are spread.”