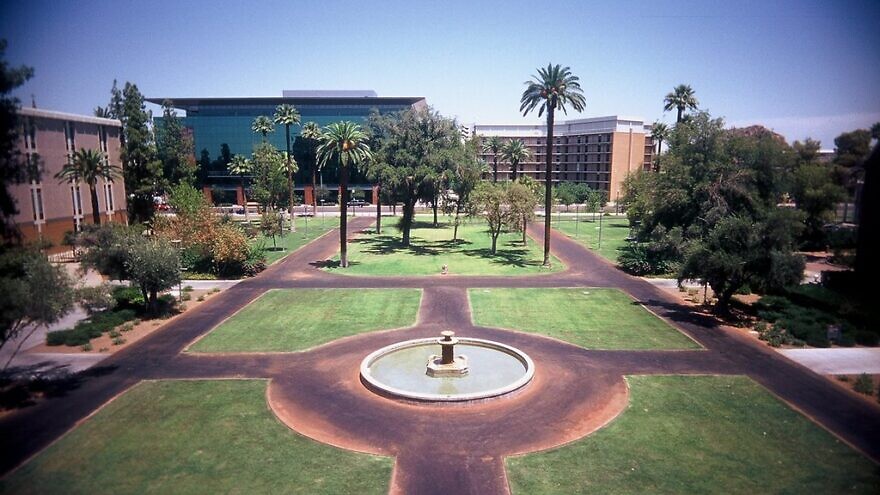 (December 5, 2019 / JNS) Student leaders at Arizona State University passed a resolution on Tuesday expressing sympathy for Jewish students on campus in the aftermath of a student government campaign to support the anti-BDS movement, a Nov. 13 protest of Israeli soldiers and anti-Semitic fliers appearing on campus.

It stated that ASU students “have expressed concerns over their own safety on campus to the administration and police force in light of recent events, specifically Nazi [propaganda].”

The Nov. 19 proposal urging the college administration to divest from Israeli companies it may work with came after a month of anti-Israel and anti-Semitic incidents on campus.

Although a vote was delayed until the next student government meeting, 60 or so students from Jewish groups across ASU attended the event to speak out against the proposal, according to the Arizona Jewish News.