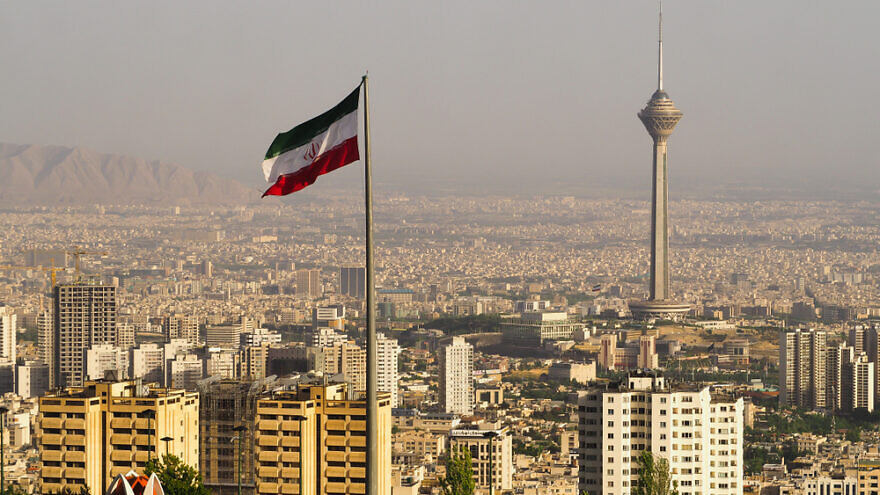 (July 22, 2021 / JNS) U.S. President Joe Biden met with Jordan’s King Abdullah on Monday amid concerns that Iran is gaining strategic ground in the Gulf area and Jordan as the United States pulls back from the region.

“You’ve always been there, and we will always be there for Jordan,” Biden told Abdullah in front of reporters. “You live in a tough neighborhood.”

Abdullah’s visit comes as Jordan suffers through instability and what the government claims was an attempt to destabilize the regime. Earlier this month, a Jordanian court sentenced two former officials to 15 years in jail for an alleged plot to overthrow the monarchy.

At the same time, the United States is closing military bases in Qatar and transferring weapons and supplies to Jordan, according to a report by the American military publication based in the Pentagon, Stars and Stripes.

The report said that the closure of three bases comes as the Biden administration presses to withdraw its forces from Afghanistan this year and removes eight Patriot anti-missile batteries from Iraq, Kuwait, Jordan and Saudi Arabia. However, the United States will continue using Al Udeid Air Base in Qatar for CENTCOM, an Army statement said last month.

It was a great pleasure to meet again with my dear friend President Biden. We had excellent talks on strengthening our historical partnership. Thank you @POTUS for your friendship and support. I look forward to building on our joint efforts for peace, stability and prosperity pic.twitter.com/YpyqkllEeq

Harold Rhode, a longtime former adviser on Islamic affairs in the U.S. Department of Defense, said that the transfer of weaponry and soldiers to Jordan “sends a message to Iran and other Middle Easterners that America is abandoning the Gulf states by removing them.”

He said the action to remove bases a short distance from Iran and positioning them far away could be part of concessions to Tehran to coax them into rejoining the 2015 nuclear deal. However, these so-called “goodwill gestures might make sense to Westerners, but this concept is totally alien to the Middle Eastern way of thinking. For Middle Easterners, making any unilateral concessions is a sign of weakness.”

“Iran and our Muslim allies in the region see it as another sign that America cannot be trusted,” he added.

“Of all places, why should we move U.S. assets to Jordan? The U.S. administration might think that by doing so, we are strengthening our ally, Jordan. But something else is taking place in Jordan, which over the long term endangers not only our assets there, but our troops and other American diplomats stationed there as well,” assessed Rhode.

“Jordan is extremely unstable and only promises to become more so soon. Therefore, Jordan might not survive,” he said.

Rhode draws attention to how Tehran became the dominant force in both Lebanon and Syria. It seems to be using the same strategy to take over Jordan. In doing so, “Iran is attempting to surround Israel and Saudi Arabia further.”

In an article by Edy Cohen for the BESA Center at Bar-Ilan University in Ramat Gat, titled “Jordan is now an ally of the Islamic Republic of Iran,” he argues that Abdullah has opened up to Tehran in order to stave off the many crises facing the country, including a struggling and stretched economy, issues related to the coronavirus and an ongoing draught.

The king met with Iraqi Prime Minister Mustafa Al-Kadhimi and Egyptian President Abdel Fattah el-Sisi in Baghdad as part of a June summit to announce a deal to transport Iraqi oil through Jordan and onto Egypt. Since Iraq remains under the strong influence of Tehran and as Jordanian state media promote cooperation with the country, Cohen posits that Jordan is now allied with Iran.

The pretext Iran could use to infiltrate Jordan, said Rhode, emphasizes that the brother of ‘Ali—the cousin and son-in-law of the Muslim prophet Muhammad—is thought to have a brother named Ja’afar buried in Karak, about 84 miles southwest of the capital of Amman.

“ ‘Ali is the central figure in Shi’ite Islam, but the Sunnis loathe him!” pronounced Rhode. Further, the tribes of Jordan are Sunni and have been the backbone of the state since its founding. “The tribes hate the Palestinians, the Shi’ites, and more and more the monarch imposed on them, they believe, by America and the CIA,” he said.

“The Iranians have built a beautiful shrine where Ja’afar is thought to have been buried—the architecture and atmosphere are Iranian,” explained the former U.S. official.

Desperate for financial support, Iran and the Jordanian monarch have agreed that Iran will turn that shrine into a major Shi’ite tourist site, attracting pilgrims, mainly from Iran.

“These tourists will, of course, be more than tourists. Iran will carefully choose these pilgrims to propagate the Shi’ite version of Islam throughout Sunni Jordan,” predicted Rhode.

“The tribes see the monarch almost as a foreigner,” he said as the king’s mother is British, and he grew up more there than in Jordan. “He is culturally more British than Arab.” His wife, Rania, is Palestinian.

‘Tensions between the king and many Jordanians’

Hillel Frisch, a Middle East expert at the BESA Center and a professor at Bar-Ilan University, told JNS that Jordan’s opening towards Iran “could be attributed primarily to the kingdom’s economic plight and internal political problems.”

But also driving the shift “is the weakness the United States is showing towards Iran in its efforts to reduce its presence in the Middle East and bolster its position in the Far East against the growing Chinese challenge,” he said.

“Welcoming Iranian Shi’ite pilgrims might bring in much-needed cash, but it will also exacerbate tensions between the king and many Jordanians, who are overwhelmingly Sunni and worried over Hezbollah’s influence in Jordan, Syria and Iraq,” said Frisch.

“These developments are obviously bad for Israeli interests,” he added.

At the same time, efforts by Israel’s new government to boost economic, trade, water and other deals are in the works with some hope of warming relations on the horizon, Iran and the Palestinian issues aside.

Also, a defense pact signed in March between Jordan and the United States also remains auspicious.

The lingering question is what the effect of new Iranian efforts in Jordan will be and if the boosted U.S. military presence will provide enough support amid Jordan’s growing instability.