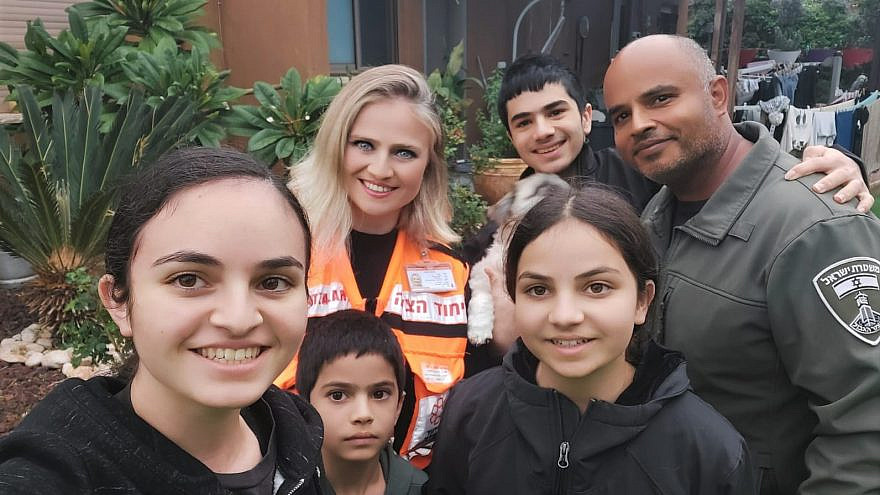 (February 2, 2021 / JNS) Vicky Tiferet, a volunteer EMT with United Hatzalah in the northern Israeli town of Moshav Yuval, was appointed last week as head of the organization’s Emek HaHula chapter, becoming the first woman in the organization to hold such a post.

United Hatzalah, a national organization, is subdivided into chapters, allowing the organization to provide individual attention appropriate to the regional, religious and cultural sensitivities of its volunteers and patients. Currently, 81 chapters comprise the organization.

Regarding her new role, Tiferet said, “I don’t look at it as something grandiose. This position will allow me to more easily help my fellow first responders in providing as high a level of emergency care as they can.”

She was recently recognized by the organization for her dedicated service and declared as the first recipient of the Korenvaes Miracle Award during Hanukkah.

Tiferet immigrated to Israel from Russia in 1991 at the age of 9. She lives in Moshav Yuval with her husband and four children. She started volunteering with United Hatzalah three years ago after being diagnosed with a chronic medical condition called Ankylosing Spondylitis (AS), a chronic disease that causes inflammation of the joints and spine that results in severe pain.

In addition to her EMS work, Tiferet joined the organization’s Ten Kavod (“Giving Honor”) project that has United Hatzalah volunteers visiting an elderly patient once a week to assess and maintain their health, as well as spend some time with them to alleviate the sense of loneliness that many elderly people feel.

She also became the regional coordinator of the Psychotrauma and Crisis Response Unit (PCRU) for the Hula Valley and Golan Heights.

“Due to AS, I live with pain 24/7, and every day that passes is another day closer to the time that I will have to use a wheelchair to get around,” she said. “Whenever I wake up, I need to perform a series of exercises before I can move my limbs without serious pain. It makes getting up in the middle of the night to rush out to medical emergencies extremely difficult.

“But I do it, and I do it with love. Because the thing that keeps me healthy is the adrenaline rush that I get every time that I respond to an emergency. It does me good to help others. I believe that what happens with most of our illnesses is that they are somewhat diminished if we are happy and spiritually healthy.”