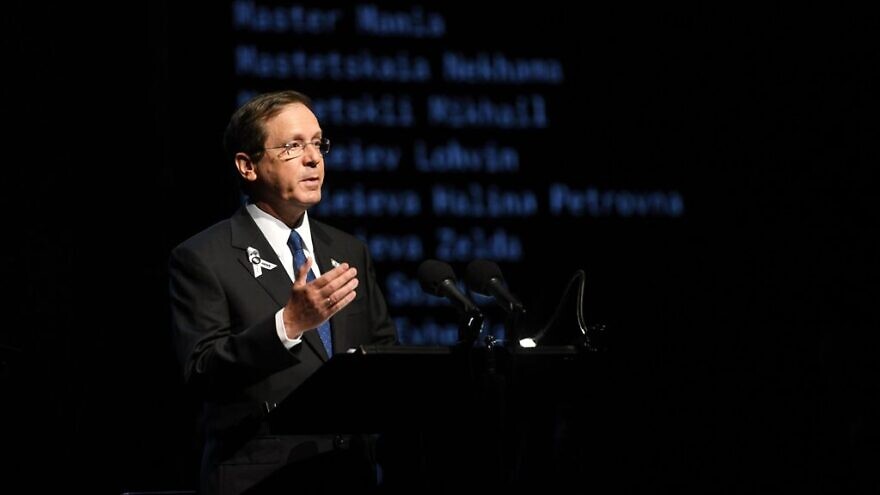 “The establishment of the center, which tells the story of the 2.5 million Jews of Eastern Europe, including 1.5 million Ukrainian Jews, who were murdered and buried in mass graves, is an important step and an important chapter in the shared history of Ukraine and Israel, of Ukraine and of the Jewish people,” he said.

Noting the long and complicated history of Judaism in Ukraine, Herzog said that the memorial’s establishment “corrects the historic injustice of many years of denial and forgetting, and represents a lesson learned and a study resource for future generations.”

The BYHMC is being established to commemorate the stories of the 2.5 million Jews of Eastern Europe, including 1.5 million from Ukraine alone, who were murdered and buried in mass graves near their homes by the Nazis and their Ukrainian collaborators.

Last year, a number of memorials, including synagogue prayer space, were installed as part of the construction of a massive, innovative museum complex across the whole Babi Yar area. The establishment of the center is being overseen by public figures and leaders from around the world, headed by Natan Sharansky, the chairman of the board of the Babyn Yar Holocaust Memorial Center.

“Let us make no mistake: even in the present, Holocaust denial is still alive and kicking. Anti-Semitism still exists. Just in the past day, we all heard of another ugly manifestation of anti-Semitism at the Auschwitz extermination camp in the form of anti-Semitic graffiti that disgraces the memory of the people killed at this terrible death camp. We, world leaders, must vigorously condemn the slightest hint of this phenomenon and fight it with all our might,” he said.

Stressed Herzog: “Commemoration and remembrance are vital for the whole of humanity, against evil, cruelty and apathy.”