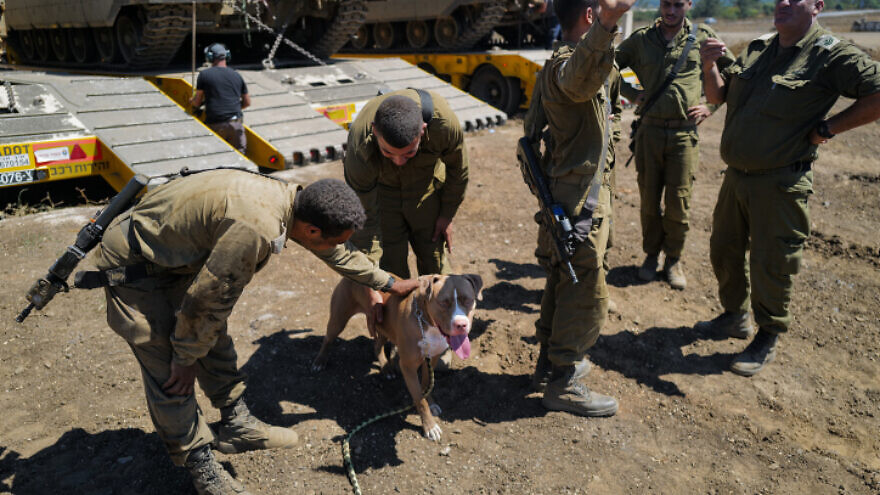 (December 14, 2022 / JNS) The Israel Defense Forces is in the process of decentralizing its capabilities on the battlefield as it adapts to the latest threats in the region, a senior Israeli military researcher tells JNS

The change is supported by the IDF’s move towards network-based warfare, which involves units from different areas of the military that did not previously work closely together coordinating their efforts through a single, interlinked digital command network.

Brig. Gen. (ret.) Meir Finkel, head of research at the IDF’s Dado Center for Interdisciplinary Military Studies (known in the IDF as the J3), edited the book “The Development of Combined Arms Warfare In the IDF,” which was published this year, and is a former Armored Corps brigade commander, as well as a former head of Ground Forces Doctrine and Concept Development Department.

Military programs for restructuring combined arms forces, which are better suited to modern battlefields in the Middle East, began appearing after the 2006 Second Lebanon War. This all led to today’s Victory Concept, developed by the outgoing IDF chief of Staff, Lt. Gen. Aviv Kochavi. It marks a significant change in the way the military builds up and designs its force.

“In 1967, when the Six-Day War began, the brigade was the fundamental component in the IDF,” said Finkel, adding that the brigade combined within its peacetime organization “all branches.”

Following 1967 and into the 1970s, the IDF began placing an emphasis on the division as the fundamental military component. This led to centralization at the division level of artillery, engineering, logistics and other capabilities.

“That was good for large battles, which we witnessed during the Yom Kippur War of 1973,” Finkel stated. 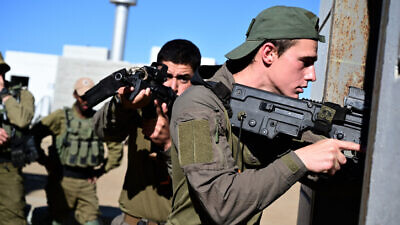 Infantrymen from the Golani 51st Brigade train in underground tunnel and urban warfare at a mock Arab village near Kibbutz Merom Golan before heading south to the Gaza Strip. May 15, 2021. Photo by Michael Giladi/ Flash90.

As time progressed, however, and the IDF began finding itself conducting urban warfare against non-state enemies that dispersed their combatants, the changed conditions challenged older IDF concepts, organizational techniques and battle procedures.

Finkel said that until 2006, when the Second Lebanon War broke out, the IDF was focused on low-intensity conflict (LIC) in Judea and Samaria, commonly known as the West Bank. “It lacked a combat doctrine for integrated combat. The Second Lebanon War ‘wakeup call’ changed the perception, and since then, following operations against Hamas and Palestinian Islamic Jihad in Gaza, the IDF continuously formulates new models of combined arms operations,” he said.

Following the Second Lebanon War, the brigade level returned to center stage as a tactical unit in the minds of IDF planners, but with changes.

Forces are still combined before going into battle but the main change occurred at the brigade headquarters, which were now allocated more intelligence and firepower assets, capabilities originally built for division and above echelons.

That, argued Finkel, was an essential step for fighting in built-up areas where time constraints necessitate decentralized capabilities and localized command in order to cope with enemy combatants.

“From 2006, the IDF began decentralizing its capabilities in a variety of ways,” he said. In addition to the decision to make the brigade the core unit in the field, the IDF’s planners concluded that it was vital to ensure that all of the brigade’s needs are met, including needs that the brigade did not organically have in its possession.

“After the 2008-2009 Operation Cast Lead [against Hamas in Gaza], the IDF realized it had to break down obstacles that prevented infantry forces from dealing with enemy squads hiding in civilian buildings. It was only from this time onwards that the central understanding occurred that urban warfare was the face of war. Until then, Syria was seen as the major enemy,” Finkel stated.

At the same time, air-ground coordination began progressing to new levels, and the Digital Army Program—dubbed Tzayad, or “Hunter,” based on its Hebrew acronym—began to be implemented on a wide scale. This program created a digital command and control network that proved vital for the IDF’s decentralization effort.

After 2014’s Operation Cast Lead, battalions, which operate under brigades, began receiving capabilities that were once reserved for divisions such as close air support, unmanned aerial vehicle strike capabilities, and even officers in charge of dealing with populations behind enemy lines. Precise intelligence began flowing down to the levels of brigades and battalions directly from the Military Intelligence Directorate, known in Hebrew by its acronym, Aman.

The IDF began designing infantry battalions that were better prepared for street fighting and threats such as IEDs. Tanks, for example, could now fire shells modified for urban warfare, turning them into anti-personnel rounds.

Combined arms battalions are made up of infantry companies and tank platoons as well as K-9 units and detachments from special engineering units. The battalion commanders can also deploy their own aerial reconnaissance UAVs, for example the well-known Sky Rider drones.

“The Israeli patent here is to distribute the capabilities but not to train regular infantry soldiers with their use, which creates too big a proficiency challenge,” Finkel explained. Enlarging the K9 and special combat engineers units, and later the Sky Rider drone units, meant the IDF could send well-trained teams with expertise in these areas to large number of battalions at the same time.

This evolutionary path has seen the battalion commander go from someone who leads his forces from a tank turret to someone who can take precise intelligence and use it to activate precision ground firepower—and fighter jets.

When, as head of the Intelligence Directorate, Kochavi initiated the “intelligence-based operation” concept, “For the first time in its history, the IDF battalion needed its own headquarters,” said Finkel.

“The battalion commander can still go forward with his forces, but he needs to leave someone behind in the HQ to analyze the intelligence and employ the fighter jets at the battalion level, while the battalion is in the street,” said Finkel. “That is a serious transformation in the ground forces, which began a decade ago.” This change was also enabled by the arrival of more advanced versions of the Digital Ground Army system.

The Israel Air Force and Navy are also embarking on their own changes, which are relatively less difficult to implement than ground forces reforms, he added. “Ultimately, installing a new sensor in jets is a smaller transformation than the need to train whole battalions in a new battle management system or in new fires techniques,” said Finkel.

The new technology available to the IDF enables close ground and air support, and for new, unprecedented integrated combat, he argued.

This has resulted in Military Intelligence providing intelligence during the course of battle to ground forces, something that did not previously occur. The new coordination also means that the IAF can strike within hundreds of meters of friendly ground forces with precision.

“The battalion commander is entrusted to know exactly where he needs air support. This is how decentralization looks like,” said Finkel.

Looking ahead, he said that continued progress will run up against limitations of what human junior commanders and soldiers can process while under fire. “It is important to think not only in terms of wish lists and technology but to look at what actually can be done. This is a big question,” he added.

“We have to ask the company commander, who doesn’t have his own HQ, how much data he can deal with under fire. To find out what is important most to him, and to provide that. To be sensitive to their real-world needs and not to push down capabilities he won’t be able to exploit effectively,” said Finkel.

“These are officers who have to march ahead, and [they] can’t look at digital maps all of the time. The human mind presents limitations. This is a global issue that many advanced militaries are facing,” he added.