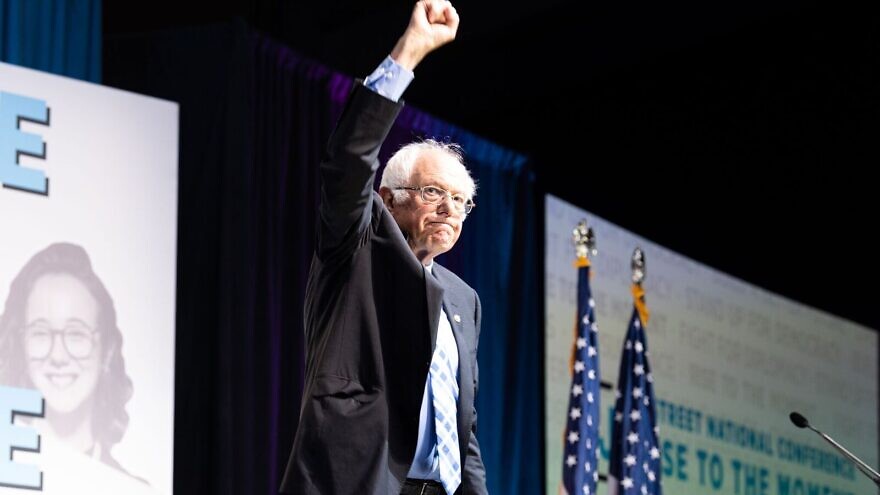 (November 16, 2021 / JNS) J Street has joined with several dozen largely anti-Israel groups, including some that support the BDS movement, in calling for the U.S. Senate to adopt the Gaza amendment as part of the 2022 National Defense Authority Act (NDAA).

Proposed by Sen. Bernie Sanders (I-Vt.), the amendment would require the U.S. Comptroller General to submit a report to Congress assessing the economic, humanitarian, political and psychological impact that Israel’s restrictions on movement and access are having on Palestinians in the Gaza Strip. It would also report on the recovery and reconstruction in Gaza following Israel’s airstrikes this spring against Hamas and other terror factions, according to the group Democracy for the Arab World Now (DAWN).

“The proposed Gaza amendment is a milestone in overdue recognition that America’s unconditional military and political support for Israel has helped enable the imprisonment and suffering of millions of Palestinians in Gaza during a 14-year Israeli blockade that stands as one of the longest-lasting acts of collective punishment in recent history,” said Raed Jarrar, advocacy director for DAWN.

Earlier this year, Sanders introduced legislation to block scheduled arms sales to Israel amid the 11-day conflict between Israel and Gaza terror groups in May that began with Hamas launching rockets at Israeli civilian populations.

The legislation is a massive defense-budget policy measure that has passed annually through Congress for decades. The bill generally includes American security assistance for Israel, including support for Israel’s missile-defense systems like Iron Dome, and other areas of support.