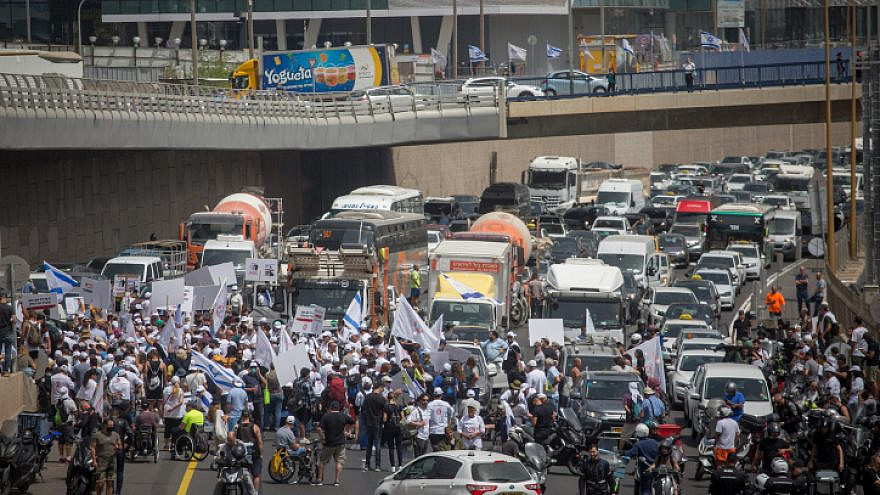 The protests came after IDF veteran Itzik Saidian set himself alight on Tuesday outside the offices of the Defense Ministry’s Rehabilitation Department in Petah Tikva. Saidian, 26, has suffered from PTSD since taking part in “Operation Protective Edge” in Gaza in 2014. He remains in critical condition at the Sheba Medical Center at Tel Hashomer.

“The distress of disabled and wounded IDF veterans is real,” he said, noting that the arrangements made for them by the state had not been updated in many years.

“Both ‘first aid’ and comprehensive reforms are needed,” he said.

Netanyahu said that he would bring both to the Cabinet “within two weeks.”

“The pain is truly very great,” he said, adding, “we are in very difficult times.”

Sunday’s protests began at IDF Central Headquarters at the Kirya in Tel Aviv, where the Defense Ministry building is also located. It then moved towards the Ayalon highway, where protesters blocked traffic lanes in both directions at the Hashalom intersection.

According to Ynet, more than a third of requests for recognition of disability following military operations have been rejected by the Rehabilitation
Department, while some 70 percent of appeals are rejected.