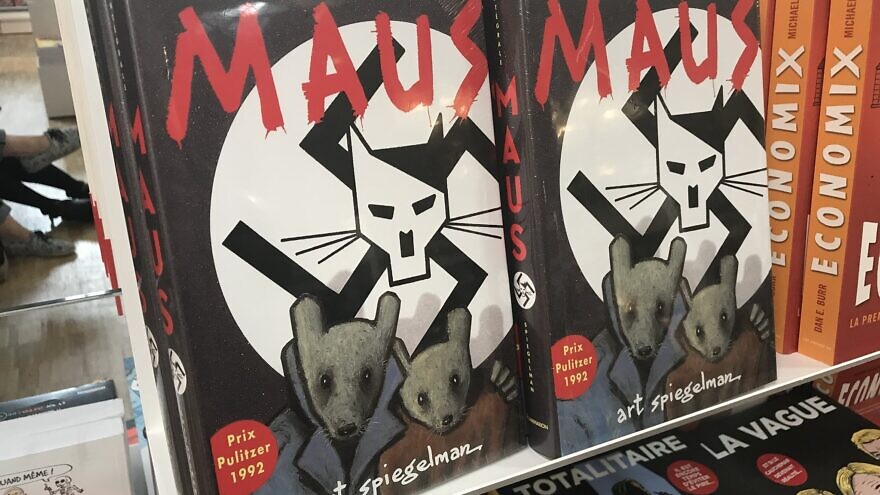 (February 2, 2022 / JNS) The Jewish Federation of Greater Chattanooga in Tennessee is criticizing a local school board’s decision to ban a Pulitzer Prize-winning Holocaust book from its eighth-grade curriculum.

The federation’s executive director, Michael Dzik, spoke about the McMinn County School Board’s unanimous decision on Jan. 10 to remove Maus from its schools on the local television show “Let’s Chatt,” and argued that the work presents a softer approach to teaching middle-school students about a difficult topic.

The graphic novel by Art Spiegelman tells the story of the author’s parents during the Holocaust, Spiegelman’s relationship with his father and his mother’s suicide. In the book, Jews are portrayed as mice, and Nazis are depicted as cats ready to pounce.

“This is a challenging topic, and I think Mr. Spiegelman does a great job in explaining it,” said Dzik. “The Holocaust is gruesome, horrific; it’s the worst example of humanity. … I think this graphic novel does an amazing job of softly going through the Holocaust.”

Dzik also noted that the Tennessee Holocaust Commission has included Maus in its catalog of Holocaust material for teachers.

The McMinn County School Board said in a recent statement that it removed Maus from its eighth-grade curriculum because the book includes profanity and nudity (referring to a nude woman that Spiegelman had drawn as a mouse), and “its depiction of violence and suicide.”

“Taken as a whole, the board felt this work was simply too adult-oriented for use in our schools,” the statement said.