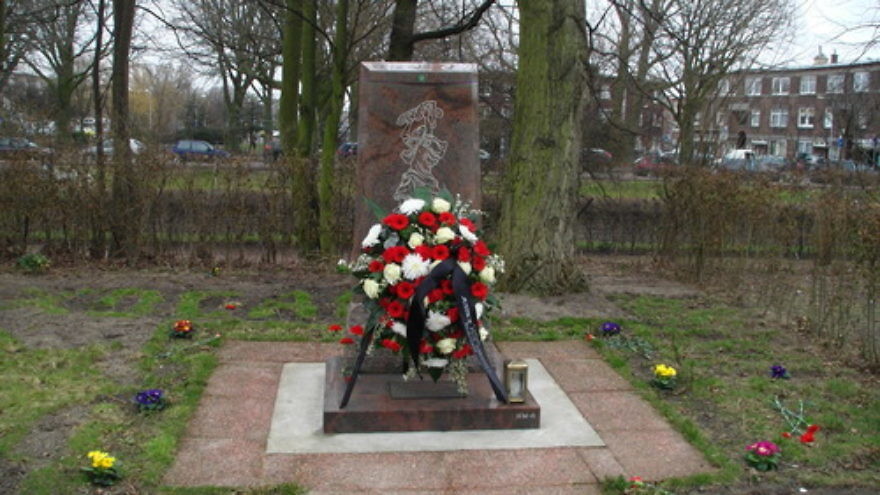 To mark International Holocaust Remembrance Day and remember another notorious event that would come nearly 50 years after the Holocaust, the Baku International Center for Multiculturalism and Baku Slavic University recently organized a high-level round table event titled, “The Holocaust and Khojaly Through the Eyes of Contemporaries.”

An event dedicated to the study and remembrance of the Holocaust held in Azerbaijan, a Muslim-majority nation? Azerbaijan is located at the crossroads of many cultures and has played a seminal role in many aspects and scenes of history, giving the country the responsibility to ensure that the past is recounted accurately. Hence, in Azerbaijan, past is prologue.

Azerbaijan, in antiquity as well as the present day, stands at the crossroads of the celebrated Silk Road and thus at the intersection of numerous civilizations. Given its key geographic importance and its resultant exposure to myriad religions, ethnicities, and cultures, Azerbaijan has a keen sense of history and today maintains a tradition of tolerance and pluralism. This tradition is applied to governance, from the presidency to municipal governments, to business, and to average citizens. It is an ethic that is literally knitted into the fabric of Azerbaijani society.

Azerbaijan has for millennia been a safe haven for a wide array of diverse peoples fleeing persecution and oppression, perhaps most notably, the Jews. Today, the close bilateral relations of Israel and Azerbaijan—owing much to the hundreds of thousands of Jewish Azerbaijanis who left during the dissolution of the Soviet Union, only to return to a free and prosperous Azerbaijan—provide an interreligious, geopolitical, and cultural map for how Jews and Muslims can and do act toward one another and how they can and do coexist.

The Middle East, Europe, and other parts of our world would be wise to take note of Jews and Muslims in Azerbaijan and of Israel-Azerbaijani relations.

During this auspicious International Holocaust Remembrance Day event, the Holocaust was discussed by scholars from around the world in the context of studying the proclivities of man and man’s ability to rationalize horror, such as the atrocities of the Nazis. The role of Azerbaijan as a haven for Jews escaping the Nazis was discussed in detail, but also discussed were the horrors to come, ones that befell Jewish and Muslim (and other) Azerbaijanis alike with the fall of the Soviet Union.

The names and geography of the towns and cities involved represent much more than a point on the map. In a historical sense, they have evolved into symbols of cruelty and inhumanity—Babi Yar, Lidice, Oradour, Khatyn.

In the early 1990s, for the Muslims, Christians, and Jews of Azerbaijan, another name was added to the list—Khojaly. The tragedy that transpired in the small Azerbaijani town of Khojaly was also a crime against humanity. Armenian armed forces, like the Nazis before them, committed unspeakable atrocities and barbaric acts. A total of 613 people were killed, 487 people were crippled, and 1,275 civilians—men, women, children, and the elderly—were captured, murdered, raped, and tortured in manners reminiscent of the Nazis. Most notably, the mass extermination of the civilian population of Khojaly was carried out for one reason—all were Azerbaijanis.

Unlike in the aftermath of World War II, the Nuremberg Trials, and the ongoing hunt for Nazis, the perpetrators of the extermination of Khojaly live freely in the modern-day Republic of Armenia. Many, even today, occupy high-level positions in government—Seyran Ohanyan, Serzh Sargsyan, and Robert Kocharyan, to name a few of the notables. Each participated in atrocities and like the Nazis, they must be brought before an international court to answer for their crimes. Like the Nazis, copious records exist attesting to their involvement and complicity. Unlike the Nazis, who were personally secretive about their crimes, several of these men gave interviews to the media lauding their criminal acts. Their reign, too, will end, as the Nazis did and as Armenia grows out of its warring infancy.

It is important to note that Khojaly did not happen in a vacuum. History will not forget the cruelty of a 20,000-strong Nazi Wehrmacht Armenian legion during WWII. Led by an Armenian nationalist commander called only “Dro,” they participated in death marches and the annihilation of thousands of Jews and others disliked by the Nazi regime.

Unlike modern-day Germany, which meticulously teaches its young people about the horrors that Nazi Germany committed, a profound blemish on the modern Armenian society as a whole is the cult of personality that exists today around Dro and others. In honor of him and others, coins are minted with their likenesses, monuments are erected, and films are produced about their lives and deeds, as if they are some sort of diabolical folk heroes. Austrian historian Erich Feigl has written that in December 1942, Dro visited Nazi leader Heinrich Himmler. “Dro had a practice and experience of killing without any compassion, and this strongly impressed Himmler,” Feigl wrote.

As was made clear during the aforementioned conference, we and our progeny must honor the memory of the victims of the Holocaust and subsequent atrocities like Khojaly. We must honor those like the Allied forces who fought and died to defeat Nazism. Further, we must not ignore contemporary anti-Semitism or Islamophobia and must act against it. This is a commitment not only to the Jewish people, but to all others who stand to suffer the same fate.

The international community remembers the Holocaust, yet rampant anti-Semitism and xenophobia exists throughout Europe. Yet in independent and secular Azerbaijan, where multiculturalism is a way of life, the pain of the Jewish people is taken upon with brotherly love by fellow Azerbaijanis. Jews have lived in Azerbaijan for 2,600 years, and I say this with pride: the Jews were never betrayed by the Azerbaijanis.

Arye Gut is a noted expert on the former Soviet Union and the Middle East as well as the head of International Society Projects, an Israeli NGO.