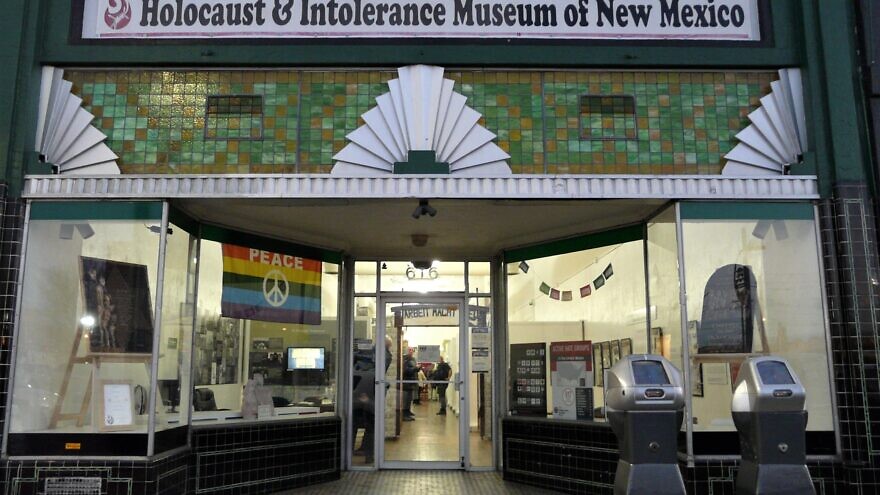 (August 5, 2020 / JNS) The front window of the Holocaust & Intolerance Museum of New Mexico in Albuquerque was damaged by vandals on July 30.

The window, which will cost about $1,000 to replace, was “made with safety film, preventing shards of glass from spraying into the museum,” reported the Associated Press. Behind the window is a large picture of a civil-rights march during the early 1960s, led by John Lewis, whose funeral was on the day of the vandalism.

Leon Natker, the museum’s executive director, noted the timing of the incident to The Albuquerque Journal.

“It can’t be a coincidence that it happened just as the funeral of [former Congressman] John Lewis was being broadcast on television. It was a hit-and-run, and it was done by a coward,” he said.

The museum, which is situated along the iconic Route 66, will have a security gate at its front by the end of the week, Natker told the Journal.

In the aftermath of the incident, the museum is seeking to raise $2,000 to improve security.

No arrests have been made.