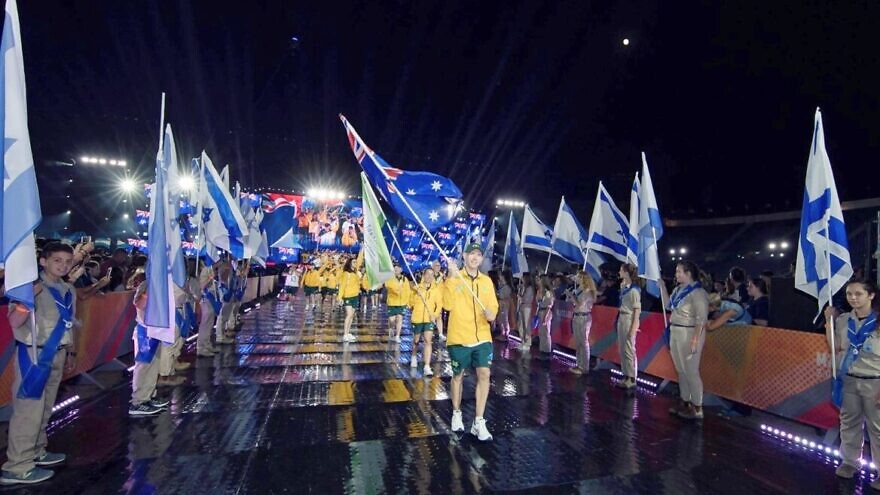 The Maccabiah is the third-largest sporting event in the world by the sheer number of competitors, after the Olympics and the FIFA World Cup. This summer’s games will be held at venues in 18 Israeli cities.

Normally, the Maccabiah takes place every four years. But the 2021 games were postponed—like so many other things—due to the coronavirus pandemic.

Ahead of this exciting sports event, here are some interesting and fun facts about the Maccabiah:

1. The idea for the Maccabiah was conceived by 15-year-old Joseph Yekutieli in 1912 in response to a lack of international competitions available to Jewish athletes. It took years to develop and gain support for his plan. When the first games took place in 1932, Yekutieli participated in the cycling competition. 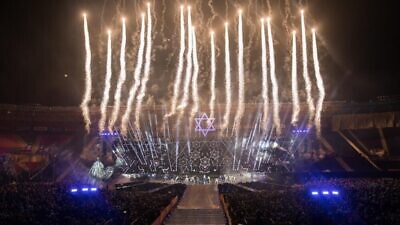 The opening ceremony of the 2017 Maccabiah. Photo courtesy of Maccabiah.

2. Though it’s often referred to as the Jewish Olympics and is organized by the Maccabi World Union, an international Jewish sports organization with branches on five continents, the Maccabiah is open not only to Jewish athletes from around the world but also to Israeli athletes of any religion.

3. The name Maccabiah honors the ancient Maccabees, a family of Jewish warriors who rebelled against the Syrian-Greek conquerors and rededicated the defiled Second Temple in Jerusalem in 164 BCE—leading to the institution of the Hanukkah holiday. Modi’in, the home of the Maccabees, is the starting location of the torch that lights the flames at the opening Maccabiah ceremony. 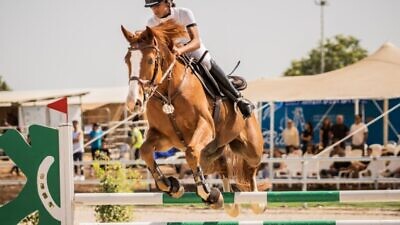 Adam Alkeian, 15, will be the first Israeli Bedouin athlete to participate in the Maccabiah. Photo courtesy of Maccabiah on Twitter.

5. The main ceremonial torch—created this year on a 3D printer—will be lit by Israeli Olympic medalists Linoy Ashram and Artem Dolgopyat. 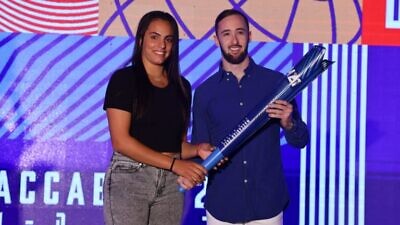 6. Five new sports will be part of the 2022 Maccabiah: wave surfing, climbing, 3×3 basketball, motocross and paddle. A new category was added for football (soccer) masters age 55+. New sports for women include ice hockey, football and futsal. In addition, after 33 years, the weightlifting contest will return to the Maccabiah.

7. For the first time, all Maccabiah games will be broadcast live across the world via Israeli sports-tech company Pixellot, which completed a $161 million funding round in June.

8. Israeli pop stars Eden Ben Zaken and Hanan Ben Ari will entertain the crowd at the opening ceremony at Jerusalem’s Teddy Stadium along with dynamic duo Static and Ben El, who perform the official Maccabiah song, “Carnival,” in the music video below:

9. An interactive museum dedicated to 100 years of Jewish and Israeli sports opened this month at Maccabiah Village in Netanya. Among the items displayed: Mark Spitz’s swimming cap, Alex Averbukh’s pole-vaulting pole and a basketball ball signed by Tal Brody. The museum will be opened to the public in October.

10. U.S. President Biden reportedly plans to meet with some Maccabiah athletes during his Israel visit this week.

11. Russia and Belarus have been banned from competing due to the war with Ukraine. Israeli athletes who emigrated from these or other countries have the option of competing under a neutral Maccabi World Union flag. A team of 40 is expected from Ukraine.

12. Maccabiah athletes will have the opportunity to donate their sports clothes to Ukrainian refugees, immigrants and the needy in Israel.

13. The exhibition “Israel Celebrates Sport—Then and Now” at Ben-Gurion International Airport presents pairs of photographs depicting inspiring moments of sport as well as the “Maccabiah values”—fairness, mutual respect, the victory of body and spirit and the pursuit of excellence.

14. The 2022 Maccabiah will host Paralympic Games in a variety of sports as well as competitions for athletes with special needs.

15. American shoe designer Stuart Weitzman, a three-time Maccabi USA table tennis competitor, launched a $5 million matching scholarship fund with Maccabi USA to enable athletes in financial need to participate in the 2022 Maccabiah. Weitzman will be a flag bearer for the Maccabi USA delegation at the opening ceremony.

16. During the Maccabiah, on July 19, 15 Israeli sports-related startups will display their products and technologies to the public at the National Velodrome in Tel Aviv. The companies represent groundbreaking developments in fields including sports medicine, performance improvement, broadcasting and media, statistics, fans and merchandise.