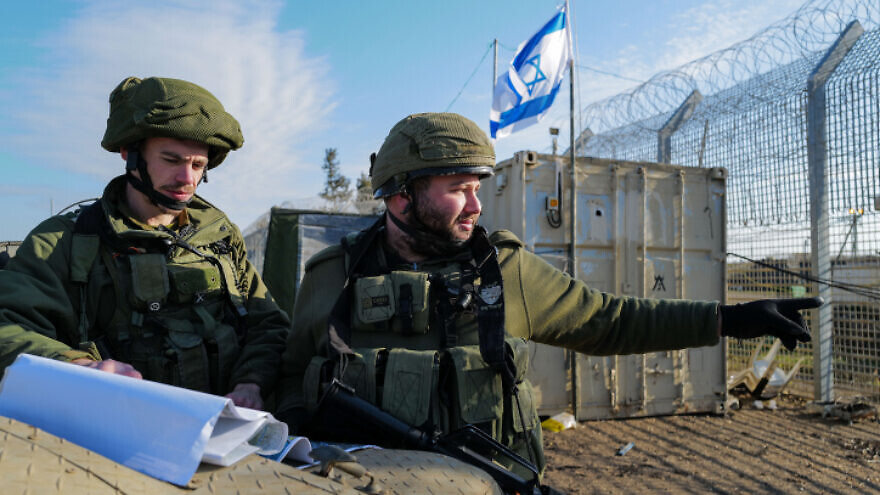 (March 2, 2022 / JNS) As the world is shaken by Russia’s war on Ukraine’s sovereignty, the battle for the future of the Middle Eastern order continues. Israel’s critical operational interests in Syria have remained unchanged, but there is no guarantee that the conditions in the northern arena will not change following the war in Europe.

Since Russia agreed to enter the Syrian civil war in 2015, taking over air operations and bombing rebel-held areas, Iran managed ground operations on behalf of the Assad regime. Israel found itself with a new superpower neighbor to its north, and had to adjust quickly.

Since that time, the Israeli Air Force has struck a delicate balance as it stepped up its preventative grey zone campaign to stop Israel’s worst enemy, Iran, from building a war machine in Syria.

The IAF has had to learn how to fly in the region in a way that could evade Russia’s intelligence-gathering abilities, but on the other hand, it also found a way to deconflict professionally with the Russian Air Force.

Despite regular condemnations from Moscow over Israel’s air operations, aimed at placating Moscow’s client in Damascus and its partner on the ground, Iran, the deconfliction mechanism — in which Israeli officers communicate by phone with Russian officers in Syria to avoid unintended clashes — continued successfully.

This deconfliction is critical, since the airspace over Syria is very tight. Not only are Russian and Syrian jets in the air conducting mission, and not only does the IAF regularly repress Iranian entrenchment efforts, but on the ground is one of the heaviest concentrations of surface-to-air missile batteries on earth.

Israel has made it clear to Russia that it takes the safety of Russian personnel and air traffic in Syria with the utmost seriousness.

As such, this coordination has prevented Russian and Israeli air incidents and mistakes. While the Assad regime wildly fires at Israeli jets using older Russian-made systems, such as SA-5s, often firing at where they believed jets were flying in the past hour, the IAF has grown adept at dealing with this threat, and taking it into account.

Should for any reason Russia reach the conclusion that its assets in Syria should no longer deconflict with the IAF, Israel’s strategic position regarding Iran’s entrenchment in Syria would undergo a drastic change.

Meanwhile, the soaring great power tensions between the United States and Russia are also projecting into the region. The Russian Navy has concentrated an unusual number of warships at its naval base at Tartus, Syria, and they could be used to threaten NATO sea operations in the Mediterranean at any time.

America’s long-term strategy of retreating from counter-terrorism operations in the Middle East, and prioritizing its military resources for competition with China, means that until now, Israel has had to battle Iranian entrenchment efforts by itself — with quiet assistance from Sunni Arab partners. Should the Russians decide to view Israel as part of the American-led NATO alliance and act accordingly in a future escalation, it is possible though not certain that the U.S. could spring to the defense of its Israeli ally.

These are scenarios that cannot be ignored or overlooked in any strategic analysis of the potential fallout from Ukraine on the region.

More optimistic scenarios would involve Russia continuing its policy of non-intervention in Israeli operations in Syria, based on the recognition that Iran’s radical designs for Syria also threaten Russia’s objective of stabilizing the Assad regime.

That was, in fact, the leading scenario — until Russian President Vladimir Putin launched his attack on Ukraine, shaking up the entire global system, meaning that the future of Israel’s operations in Syria is shrouded in fog at the moment.

Much of that future will be influenced by the extent of America’s willingness to back Israel in the event of surprising events in Syria in the future.