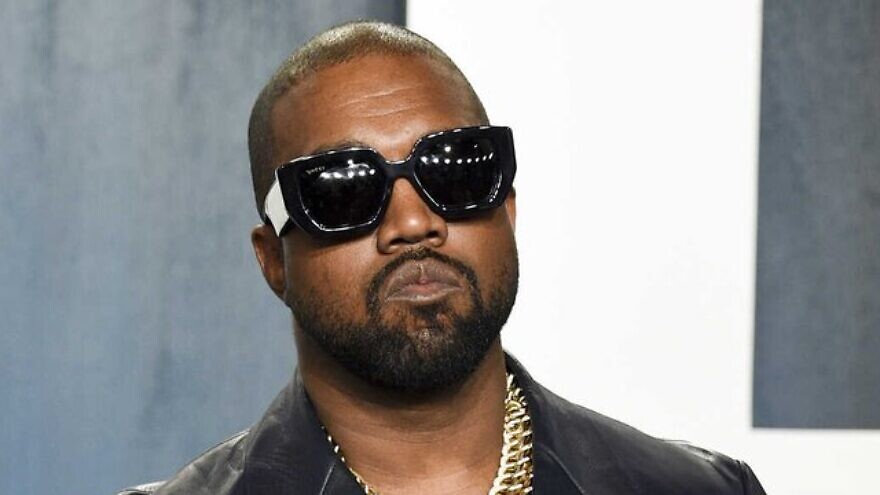 (January 25, 2023 / JNS) An Australian minister said on Wednesday that American rapper Kanye West, also known as Ye, could be denied a visa to enter the country due to his “awful” antisemitism, Reuters reported.

“People like that who’ve applied for visas to get into Australia in the past have been rejected. I expect that if he does apply he would have to go through the same process and answer the same questions that they did,” said Australian Minister for Education Jason Clare, according to the report.

News that West would visit Down Under to meet the family of his partner, Bianca Censori, who grew up in Melbourne, generated a major backlash.

The Australian Jewish Association (AJA) on Monday called on authorities in Canberra to not issue West a visa to enter the country, on the grounds that his planned visit constitutes a threat to the local Jewish community.

“Kanye West (or Ye) has engaged in incitement against Jews on numerous occasions as well as spreading hateful conspiracy theories and praising Adolf Hitler. In response, several companies such as Adidas and Balenciaga have canceled business arrangements and several social media companies have removed him,” the AJA said in an “urgent” letter sent to Australian Minister for Immigration, Citizenship and Multicultural Affairs Andrew Giles.

“Antisemitism is at elevated levels in Australia, part of a worldwide trend. Multiple recent antisemitic incidents across Australia have specifically referenced Kanye West, including graffiti in Melbourne and leaflets in Brisbane. The Australian Jewish Association fears that a visit by Kanye West is likely to inflame the tense situation and even risks causing violence,” continued the letter.

“We ask that you exercise your powers and refuse Kanye West a visa on character grounds as provided in 5501 Migration Act 1958. AJA contends that Kanye West does not pass the character test and his conduct is not in line with the expectations of the Australian community. We believe that refusing his visa is necessary for the protection of the Australian community, particularly the Jewish community.”

Australia has previously refused or revoked visas to individuals for failing the “good character” test, according to Reuters, which cited a 2019 decision to prevent British conspiracy theorist David Icke from visiting the country.

Gavin McInnes, founder of the Proud Boys, was reportedly denied a visa in 2018.

Australian opposition leader Peter Dutton, an immigration minister under a previous government, said on Tuesday that he would ban West, but that the decision to do so rests with the current government.

“His anti-Semitic comments are disgraceful, his conduct [and] his behavior are appalling,” said Dutton. “He’s not a person of good character and the minister has the ability to stop somebody coming into our country of bad character.”

Reuters reported that Peter Wertheim, co-chief executive officer of the Executive Council of Australian Jewry, met with government officials on Tuesday to argue for an entry ban.

“We had a sympathetic hearing. We’ve made the case that this particular individual does not meet the character test and that it would be in the national interest not to grant him a visa” Wertheim said thereafter.