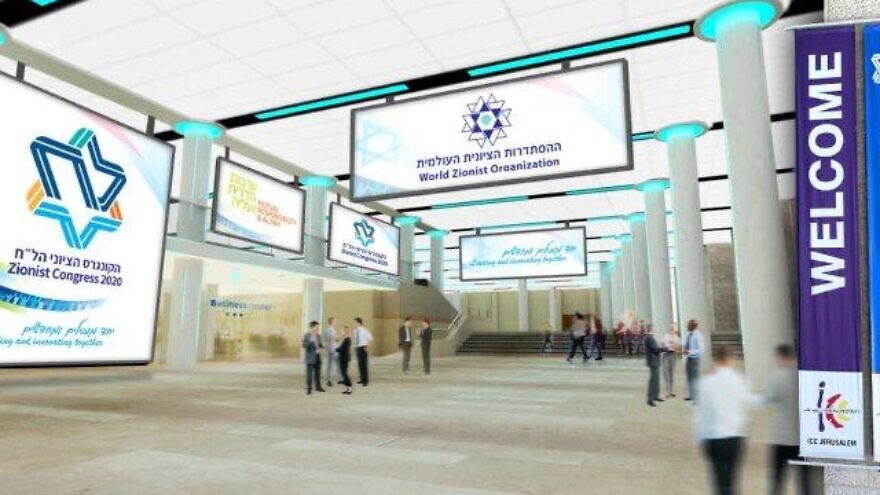 (October 30, 2020 / JNS) The 38th World Zionist Congress concluded recently with the largest American delegation ever as Jews from across the religious and political spectrum gathered virtually to discuss issues related to Israel and Zionism.

More than 700 delegates and thousands of people from 35 countries, including Russia, New Zealand, Canada, the United Kingdom and France, participated in the online congress necessitated by the ongoing coronavirus pandemic.

“A lot more people were able to participate because of the virtual platform,” said Herbert Block, spokesman for the American Zionist Movement. “However, opportunities for direct interaction was limited because of all the people and the time zones. You missed the in-person relationship building.”

The large contingent of Americans at the Congress came following a record American Jewish voter turnout last winter that saw more than 123,000 votes in the Zionist elections. It could well be a sign that many American Jews view the World Zionist Congress with greater importance. The Congress helps determine the leadership of the World Zionist Organization, the Jewish Agency for Israel and the Jewish National Fund-Keren Kayemet LeIsrael and Keren Hayesod, which together allocate roughly $1 billion annually in funds.

The U.S. representatives came from more than 30 different organizations and included a majority of delegates from groups on the right, both religiously and politically, including the nascent haredi Orthodox Eretz Hakodesh group. When coupled with the number of religious Zionist members of the Knesset, for the first time in history the nationalist and religious bloc garnered a majority of seats in the World Zionist Congress.

Indeed, going into the Congress, the ZOA Coalition called the election a “change,” and “that decades of left-wing domination had taken the World Zionist Organization away from its Zionist mandate of protecting and defending the Jewish homeland and people.”

This caused concern among liberal groups that feared Orthodox and right-wing Zionist groups would wrest control of funding and policy priorities for major Zionist agencies, including the Jewish Agency for Israel, Jewish National Fund and United Israel Appeal, to the exclusion of others. Prior to the congress, several groups had suggested that they would break away if there were limits on diversity and pluralism.

This led to an unprecedented move by Hadassah, which is among several centrist Zionist organizations—Hadassah, B’nai B’rith International, Maccabi World Union, WIZO and NAAMAT/USA—that remain neutral because they don’t run in the elections to denounce the WZO coalition agreement

Hadassah National president Rhoda Smolow had written a letter to the leaders of the World Zionist Organization calling the proposed Agreement of Principles “antithetical” to Hadassah’s values.

The coalition deal “must be redrafted in favor of a wide, balanced agreement that includes all Zionist movements, one that represents world Jewry both in Israel and the Diaspora.”

Israel’s President Reuven Rivlin alluded to the disagreement in his opening remarks when he noted the importance of working together on common goals: promoting Jewish and Zionist education, fighting anti-Semitism “as that is now on the rise particularly in these days of crisis” and helping every Jew who wants to move to Israel to make aliyah.

Despite the fact that people come from different cultures, and different political and religious views, Rivlin continued, “We have one common destiny, and if we continue to believe in our commonality of Jews, there’s no challenge we can’t get through and get stronger.”

‘Mutual respect for the diversity of voices’

During the three-day conference, participants heard from a variety of speakers, participated in networking groups, voted on a slate of programming priorities and heard from Israelis who are, even today, continuing to live the Zionist dream of settling the land of Israel by creating new communities and new business endeavors.

“Hadassah applauds the compromise that was reached today that will help ensure that the values of the entire Zionist community are accurately represented,” said Smolow in a statement. “Inclusivity, proper representation and unity are principles that Hadassah cherishes and advocates for, and we are proud to support the revised Agreement of Principles for the World Zionist Congress.”

ZOA national president Morton Klein also praised the compromise and the success of the right-wing slates at this year’s Congress.

“The ZOA congratulates new WZO chair Yaakov Hagoel and praises the ZOA Coalition delegates, alternates, and every member of the ZOA Coalition slate for their dedicated hard work and involvement that were vital to the groundbreaking center-right, pro-Israel victories made at the World Zionist Congress,” he said.

“We take great pride that Mizrachi played a pivotal role in bringing all the parties together to reach a historic agreement for the leadership in the WZO over the next five years,” he told JNS. “Serving as a unifier and building bridges with the broader Jewish community has been a core value that has defined the Mizrachi movement since its inception. And this year at the WZC was no different, which is why we worked together with all the major factions to ensure that the movement wouldn’t fracture despite our incredible success in these elections.”

The left-wing Hatikvah slate, which includes organizations such as J Street, the National Council of Jewish Women, the New Israel Fund and Americans for Peace Now, praised the passage of several resolutions despite “fierce opposition” from right-wing groups, including the Zionist Organization of America and Eretz Hakodesh. Among those resolutions was one that “assures mutual respect for the diversity of voices within the Zionist Movement that calls for the suspension or dismissal from the WZO and local Zionist organization for personal attacks against the leaders of other Zionist organizations.”

Plans are in the works for an in-person gathering in the fall of 2021 or 2022 that will allow people to meet and continue the work that began during the virtual conference.