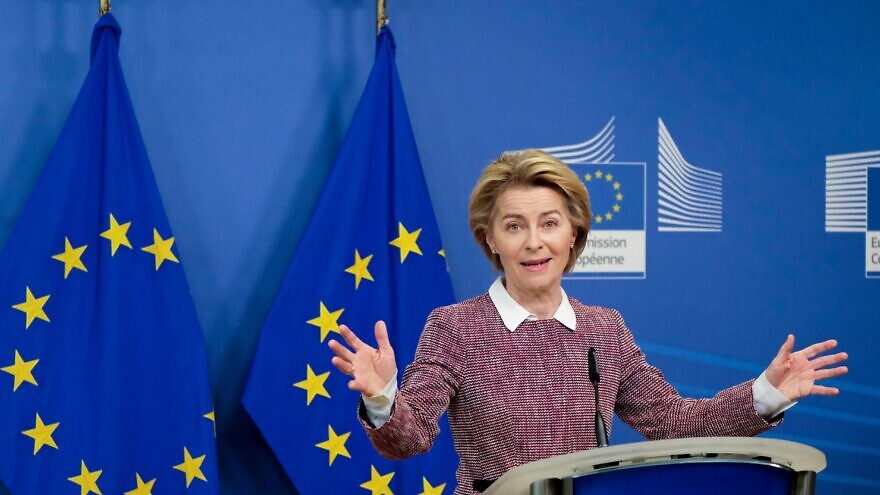 (June 15, 2022 / JNS) Ursula von der Leyen, president of the European Union Commission, visited Israel on Tuesday, striking a warm tone that led Israel’s media to wonder if a new page had turned in European-Israel relations. Her positive remarks were tied to Israel’s willingness to help meet Europe’s energy needs in the wake of the Ukraine war, say observers.

“Europe and Israel are bound to be friends and allies. Because the history of Europe is the history of the Jewish people,” said von der Leyen, speaking at Ben-Gurion University of the Negev, where she received an honorary doctorate on Tuesday. She added that she has “put the fight against anti-Semitism and fostering Jewish life in Europe at the core of the European Commission’s agenda.”

At a press conference with Israeli Prime Minister Naftali Bennett on Tuesday, she stressed: “We want to boost our energy cooperation with Israel.” In a private meeting with the prime minister afterward she discussed the plan to export Israeli natural gas to Europe via Egypt.

On Wednesday, Israel’s Minister of Energy Karin Elharrar signed a Memorandum of Understanding (MoU) in Cairo between Israel, Egypt and the European Union concerning the export of natural gas to E.U. countries, a conclusion to negotiations begun in March after a meeting in Paris between Elharrar and the European Commissioner for Energy. Egypt was brought in because it has the facilities to liquefy natural gas for transport by ship to Europe.

“It’s a great thing for Israel, and it’s also a great thing for the free world. Disconnecting ties from fascist tyrannies and building stronger ties with democracies is always a good thing,” Yonatan Dubi, a chemistry professor at Ben-Gurion University and a founder of the Israeli Forum for Rational Environmentalism, told JNS.

Other positive developments for Israel coming out of the deal are improved ties with the E.U., greater stability in the region through better cooperation with Egypt, a financial windfall and increased exploration in Israel’s coastal waters,” said Dubi.

“It will also bring Israel’s energy policy back in line with reality,” he said, referring to Elharrar’s decision early in her tenure to focus on renewables, putting a halt to new gas exploration licenses for a year. The minister reversed that decision on May 30, driven by Europe’s need to find alternative gas supplies to those from Russia.

Dubi noted that Europe’s energy problems are of its own making as it failed to grasp the ramifications of policies that blocked the domestic development of fossil fuels. Prices skyrocketed even before the Russia-Ukraine crisis, he said, and Europe would have eventually found itself in this current situation, “where it’s scrambling for every molecule of methane it can get its hands on,” even without war.

“Now they are faced with the situation in Ukraine and prices in Europe have become so high that they are willing to pay any price for alternative supplies,” he added. 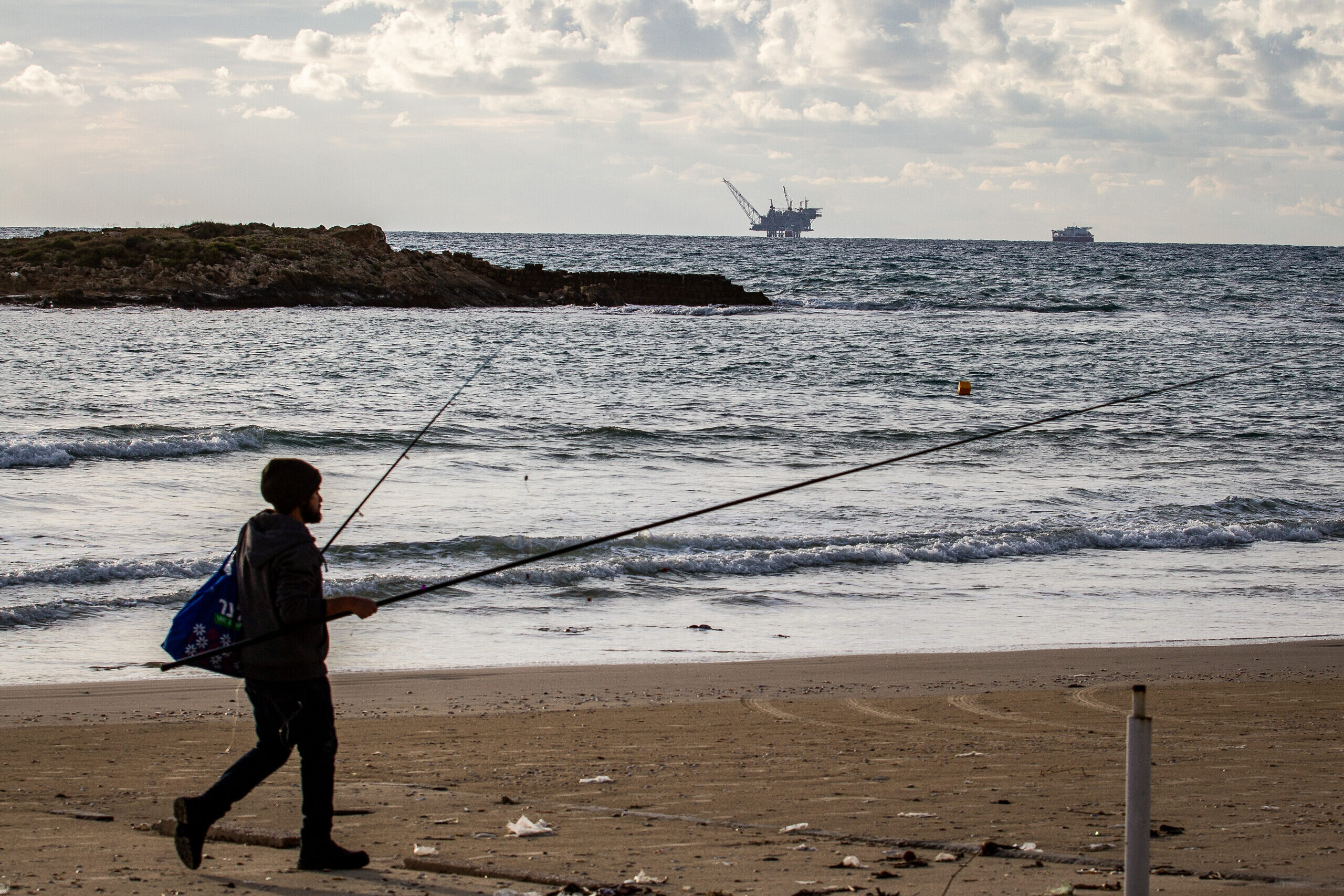 Elai Rettig, assistant professor at the Department of Political Studies at Bar-Ilan University in Ramat Gan, agreed that Europe is “desperate,” telling JNS that the gas deal is “modest,” amounting to about 2 bcm (billion cubic meters) of the 150 bcm Europe needs.

“There is a direct connection between von der Leyen’s visit to Israel and Europe’s efforts to sign new gas deals,” he said. “The Europeans are doing the same thing in Qatar and Nigeria, and really with anyone who is willing to free up more LNG [Liquified Natural Gas] to supply their needs.”

Rettig was dubious that the gas deal will lead to a change in E.U.’s political tone towards Israel.

“When people are optimistic and say, ‘This is a new leaf or a new page in Israel-European relations,’ it’s really Europe taking care of Europe. It doesn’t necessarily reflect on the future of the political relations between the two. There’s still going to be pressure. There are still going to be huge donations to Palestinian organizations and things like that,” said Rettig.

Lending credence to Rettig’s view was von der Leyen’s own actions. During a visit to Ramallah on June 14, she promised that E.U. funds, held back due to European concerns over anti-Israel incitement in Palestinian Authority schools, would be released to the P.A.

“I am very glad to announce that the E.U. funds for 2021 can be disbursed rapidly. All the difficulties are gone, we have made clear that the disbursement will take place,” she said.

However, controversy remains about sending “an enormous sum, about 240 million euros” to the P.A., Marcus Sheff, CEO of IMPACT-se, told JNS. A research institute dedicated to analyzing school curricula, IMPACT-se has for the last four years been educating E.U. officials about worsening incitement in the P.A.’s educational system. He said Von der Leyen’s announcement stirred opposition in Europe.

Sheff said that Oliver Várhelyi, the E.U. commissioner whose department is responsible for the Middle East region and who blocked funding for the Palestinians last year, “has been energized, and I think members of the European Parliament have also been energized, over this issue.”

At parliament on June 14, Várhelyi warned the E.U.’s fight against anti-Semitism seems “to be weakening, if not disappearing,” and “what starts with incitement to hatred and violence becomes terror. And prevents coexistence.”

Sheff noted that the issue of Palestinian textbooks is “not going to go away.”