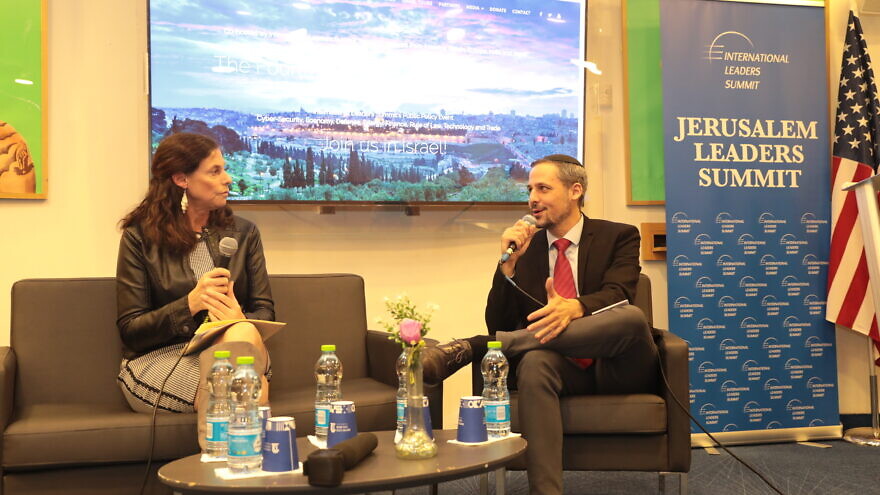 (January 1, 2023 / JNS) Conservative leaders in business, government, media and law gathered for the Fourth Jerusalem Leaders Summit in Jerusalem on Dec. 28, participating in a wide-ranging discussion on how to advance the Abraham Accords, strengthen Israel’s ties with the United States and Europe, and address growing antisemitism in western countries.

Natasha Srdoc, co-founder of the U.S.-based International Leaders Summit, opened the conference by lauding the Abraham Accords, while lamenting that the momentum built up by the Trump administration “came to a sudden halt” under the Biden administration. 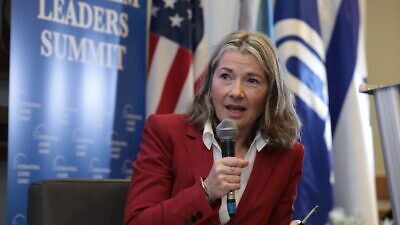 “Why would anyone derail a trajectory of the Middle East to peace, security and prosperity? And the most obvious answer to this could be, as Ronald Reagan said, there are no limits to the amount of good you can do if you don’t care who gets the credit,” she said.

“With the concerns of energy security in the West, the raging conflict on the European continent, and the impending economic recession forecasted by economists for 2023, leaders must focus on solutions to advance pro-growth initiatives such as expanding the Abraham Accords,” Srdoc said of the peace agreement signed between Israel, the United Arab Emirates, and Bahrain in 2020, (later joined by Morocco and Sudan), and in which the Trump administration acted as mediator.

Keynote speaker Cheryl Chumley, online opinion editor of The Washington Times, painted a positive picture for the future of both U.S.-Israel relations and the Abraham Accords.

“When we look at the future of the Abraham Accords, it’s important to acknowledge the different political climate we now have in the United States in the White House, but to still realize there is much to be optimistic about, because in the end, it’s the spirit of the Abraham accords that can transcend the politics,” she said.

“The Abraham accords states in part, ‘We encourage efforts to promote interfaith and intercultural dialogue, to advance a culture of peace among the three Abrahamic religions, and all of humanity.’ And that’s a powerful vision. And it’s one that can be worked toward, regardless of changing political climate,” said Chumley. 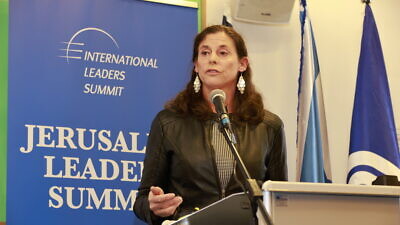 Israel and the United States, she continued, share a love of freedom and democracy, and their relationship is one that transcends politics. “When you can disagree on politics, question one another on politics, even doubt one another’s politics, but still, in the end, remain friends, that’s when you know, you don’t just have a friendship, you have family.”

Alex Traiman, Jerusalem bureau chief of JNS, asked Chumley about polls showing support for Israel declining among younger Americans. Chumley admitted it was cause for “huge concern.” However, she also said there remained strong support among evangelical Christians. “Speaking personally, as a Christian … my foreign policy starts with eyes on Israel, because of my Christian belief where God says, ‘Those who bless my people, I will bless. Those who curse my people, I will curse.’ And there are plenty of Christians in America who believe that as well.”

A panel focusing on internal Israeli politics addressed accusations by Israel’s opposition that the election of a Benjamin Netanyahu-led government spelled the “end of democracy.” Efrat Mayor Oded Revivi said that when people say after a democratic process resulting in an elected government “that the result is not democratic, there is no real serious response besides maybe to laugh.”

However, he also said it was “quite frightening” to see one side attempting to inspire fear in the public in order to delegitimize the party taking power.

Moshe Koppel, chairman of the Kohelet Policy Forum, an Israeli NGO which focuses on judicial reform, said that former Israeli Supreme Court justice Aharon Barak “coined a term called substantive democracy. Substantive democracy is simply progressive values. And in this way, he tied all of progressivism to the term democracy.” Those who are declaring the end of democracy are really talking about the end of progressivism, “and I hope they’re right.”

Gol Kalev, a reporter with the Jerusalem Report, discussed rising antisemitism in the West and his proposal to combat it in his new book “Judaism 3.0.” Its theme is that a paradigm shift is needed that equates Zionism with Judaism, so that “if you bash Israel, it’s the same as bashing Judaism.”

The Israel hater must say Judaism is “merely a religion and, therefore, opposition to Zionism is not anti-Semitism,” said Kalev. He added that while anti-Zionism is in some quarters practically a rite of passage, antisemitism is still unpopular.

“We have an asset in our current defense against the assault on Judaism and that is for the first time in history, it is no longer popular to be a Jew hater,” he said, and by defining Zionism as the anchor of Judaism, antisemites will be robbed of their avenue to attack Jews.

Gil Troy, a historian at McGill University and editor of a newly published collection of Theodor Herzl’s diaries, said it’s important to pass on to the younger generation a sense of pride and a Jewish literacy, particularly in the Diaspora, where college students are on the frontlines facing antisemitism. “They’re the ones who have trouble and they’re the ones we have to help.”

Troy and Kalev disagreed on which was worse: left-wing vs. right-wing antisemitism. Troy said that “all bigotry is evil.” Kalev said the left-wing variety is far more dangerous because it poses an “existential” threat. He said Israel faced the danger of being turned into a pariah state similar to what happened with South Africa, and noted that the world is currently mobilized against Russia, but when that crisis passes, who’s to say Israel won’t be next.

Paul Ruebig, a member of the European Union’s Economic and Social Committee and a member of the governing board of the European Institute of Innovation and Technology, spoke about Israel as a “wonderful partner” for Europe in a host of fields thanks to its technological prowess, including in water, agriculture and artificial intelligence.

Israel, thanks to its gas fields, could play a major role in energy as well, particularly after the crisis following the Ukraine war. Ruebig said fossil fuels aren’t going anywhere. “It’s clear that we need any kind of energy production if we want to cope with the demand in the future,” he said.

He raised questions about the feasibility of Europe’s renewable plans. “We always should look if it’s possible from the engineering point of view to deliver. We’ve checked in Germany. They would need 35,000 additional windmills,” he said.

He said a consortium between Israel and neighboring countries like Cyprus and Egypt could create an “energy platform” that would be a win-win for Israel and Europe.