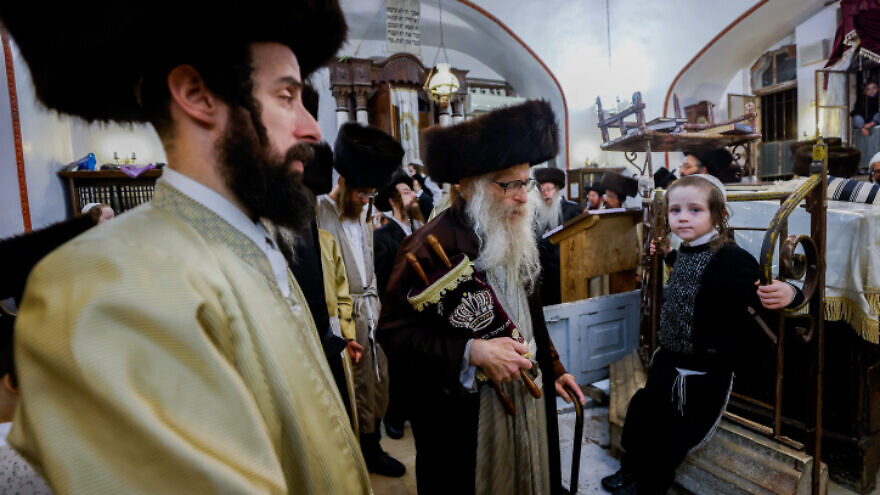 (January 2, 2023 / JNS) While the Covid pandemic has resulted in an increase in technology usage and training in Israel’s Haredi sector, challenges to workforce integration remain, according to a new survey on post-pandemic trends in the sector.

The pandemic “led to a dramatic increase in the number of ultra-Orthodox internet users,” according to the seventh annual Report on Ultra-Orthodox Society in Israel, published by the Israel Democracy Institute on Monday. Two-thirds of Haredim, or 66%, now regularly use the internet, despite the internet and smartphones being generally frowned upon in Haredi circles, the report states.

There was also a sharp rise in the level of technological training, which the report noted may impact future wages and employment in the sector

Although the 2022 data was incomplete, the report shows that over the year, the employment rate among Haredi men was 53.5%, the highest in the past 25 years. Eighty percent of Haredi women participate in the workforce.

“However, challenges of real integration in employment remain: The gaps in types of employment between ultra-Orthodox and other Jews have not narrowed in recent years, and ultra-Orthodox are still concentrated in high percentages in education and welfare—and much less so in industry and high-tech,” said the report’s authors, Lee Cahaner and Gilad Malach.

Regarding haredi men in the military, the report showed a decrease, with only 1,193 men serving in recent years, and only 495 volunteering for national civil service in 2020.

Between 2009-2022, the number of Haredi students in institutions of higher education grew by 235%—constituting 10.5% of all students in Israel.

Overall, only 14% of Haredim were eligible for a matriculation certificate, compared to 83% among the rest of Jewish Israelis.

The ultra-Orthodox population in Israel stands at around 1,280,000, with a 4% rate of growth, the fastest in Israel. Israel’s Central Bureau of Statistics forecasts that the Haredi sector will comprise 16% of Israel’s population by 2030.