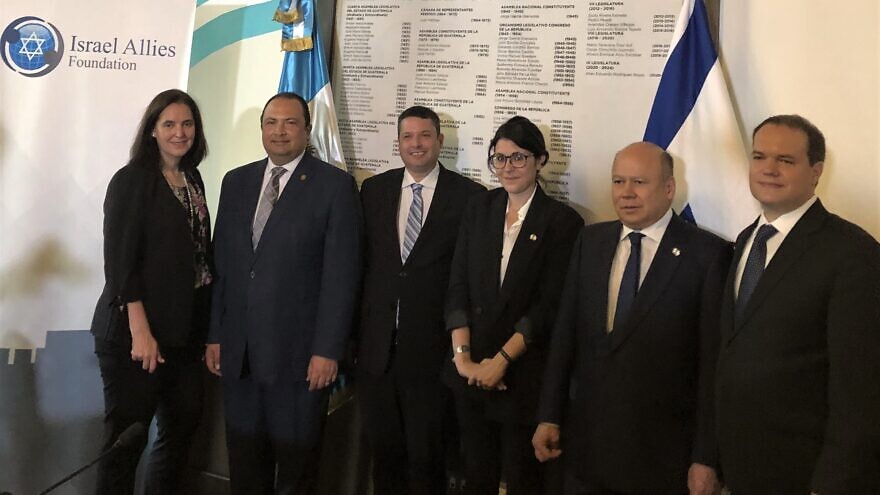 (July 11, 2022 / JNS) The Congress of Guatemala presented a new book in Spanish titled Friendship Documents at an event on Monday that showcased relevant documents describing the development of diplomatic ties between Guatemala and Israel.

The celebration included pro-Israel resolutions and declarations issued by the Guatemalan Congressional Israel Allies Caucus since its inception in 2017, as well as the transfer of the Guatemalan embassy from Tel Aviv to Jerusalem in 2018.

“Guatemala once again demonstrates its commitment and support for the nation of Israel, in coordination with the Israel Allies Foundation, promoting the bonds of brotherhood between both nations,” said Bucaro.

“This book highlights the deep and special diplomatic relations between Guatemala and Israel,” said Martinez. “The IAF is honored to be part of this great story between these two countries, working in coordination with legislators whose support for Israel stems from their Judeo-Christian values.”

Reinstein added that “the achievements of the Guatemalan Congressional Israel Allies Caucus demonstrate the importance of faith-based diplomacy. This dedicated group of legislators serves as inspiring role models for the global IAF network on how to effectively translate their faith into concrete political action.”