(June 2, 2022 / JNS) In a conversation on Wednesday with Foreign Affairs magazine for one of the publication’s events marking its 100th anniversary later this year, U.S. Secretary of State Antony Blinken sat for a wide-ranging virtual interview where he spoke about American policy with regards to Ukraine, China and Saudi Arabia.

Very little of the interview focused on the Middle East or Israel, though touched on the topic briefly when discussing the current state of America’s relationship with Saudi Arabia.

Blinken described ties with the Arab kingdom as having to be “recalibrated” after the administration took office, making sure that the relationship “was serving our own interests, as well as our values,” while being able to work together for common interests.

Throughout the Biden administration, tensions between the United States and Saudi Arabia have threatened cooperation between the two nations, in part by the administration’s unwillingness to keep quiet about the 2018 murder of Washington Post journalist Jamal Khashoggi.

Blinken told the interview’s moderator, Foreign Affairs editor Dan Kurtz-Phelan, that the administration took the murder very seriously and released its own report early on in the Biden presidency. It also initiated what it calls the “Khashoggi Ban” to pressure countries against using repression against people abroad who criticize a government. 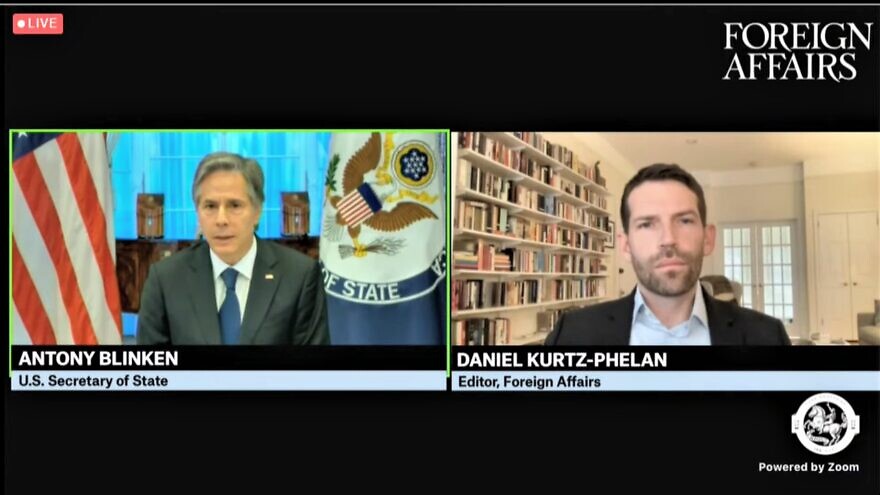 At the same time, he said, the administration is also engaging with Saudi Arabia, the United Arab Emirates and the United Nations to try to halt the ongoing conflict in Yemen, which has seen Saudi Arabia’s military respond to Iranian-backed Houthi rebels. This engagement helped achieve the first truce in eight years a few months ago, which he hopes will be renewed in the coming days, in addition to the delivery of humanitarian assistance as a result of the truce.

Blinken said that the United States is also having conversations with Saudi counterparts regarding human rights in the kingdom, which is home to approximately 70,000 Americans; energy issues; and the threat posed by Iran.

While Saudi Arabia is not part of the Abraham Accords between Israel and the UAE, Bahrain, Morocco and Sudan, a gradual warming in relations with Israel has occurred in the past few years.

Blinken also noted “continuing the process of building relationships between Israel and its neighbors, both near and further away, through the continuation, the expansion of the Abraham Accords.”

“The point I’m making in a long way is we want to make sure that through the relationship we are addressing the totality of our interests in that relationship. And yes, that goes to values and it goes to human rights and democracy; it also goes to other interests that we have that are necessary for the well-being of the American people,” he said. “We’re trying to put all of that together and take a comprehensive approach to Saudi Arabia, as we do with any other country. But I think you’ve seen over the last 15 months or so a more effective recalibration that is making sure that our interests are front and center.” 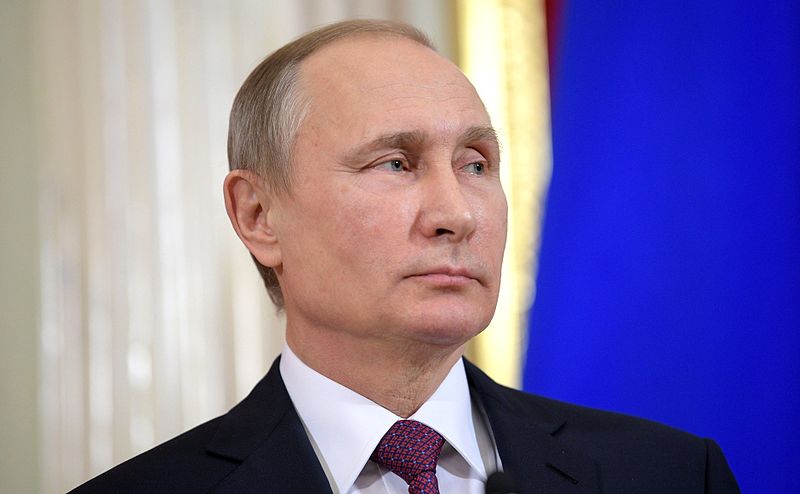 Putin ‘has brought countries closer together’

The bulk of the interview focused on Russia’s war with Ukraine and the U.S.-China relationship.

Blinken noted that the success Ukraine had in pushing back Russia inside its territory is because Russia provoked an “extraordinary response in Ukrainians, who are fighting valiantly to defend their country,” their people and their independence. He also said the security, humanitarian and economic assistance being provided by the United States and countries in Europe has made a difference.

He highlighted U.S. President Joe Biden’s announcement that America was going to provide advanced rocket systems to Ukraine earlier that day, despite Russian officials warning that it would be considered an escalation. The systems would help Ukraine defend itself against recent Russian advances in the eastern and southern parts of the country.

The goal, he said, was to put Ukraine in the strongest position possible for peace negotiations with Russia.

“Even as the brutal fighting continues, we already see that [Russian] President [Vladimir] Putin has failed to achieve his broader strategic objectives,” he said. “Instead of erasing Ukraine’s independence, he strengthened it. Instead of asserting Russia’s strength, he’s undermined it. Instead of dividing and weakening the international order, he has actually brought countries closer together to defend it.”

Kurtz-Phelan asked Blinken how he defined success in Ukraine and whether the United States was ready to support Ukraine to push back the Russians to the lines it and its allied separatists controlled before Russia invaded on Feb. 24 or continue to support Ukraine if it continues to fight to regain the borders before 2014, including re-absorbing Crimea.

Blinken said the United States will look to Ukraine to decide where to draw the line. Another goal is for Russia to have a lesser ability to do the same in the future, with the United States using export controls to make it harder for Moscow to modernize its defense sector.

He hoped that China would see the actions being taken by the United States as an example not to follow Russia’s course of aggression.

He said that the United States is not trying to block China’s success and was not looking for a new Cold War, but that the two countries had profound differences in how they viewed the world order.

“I believe China wants a world order, which is good because order is usually better than the alternative. But the profound difference is this: The order that we’ve sought to build very imperfectly, but that we’ve sought to build, is profoundly liberal in nature. The order that China seeks is illiberal. We disagree, and it’s as basic and fundamental as that,” said Blinken. “And so to the extent that China’s taking steps that would undermine the liberal—in the broadest sense of the term—nature of the order, we’re going to oppose that. We’ve been clear about that.”