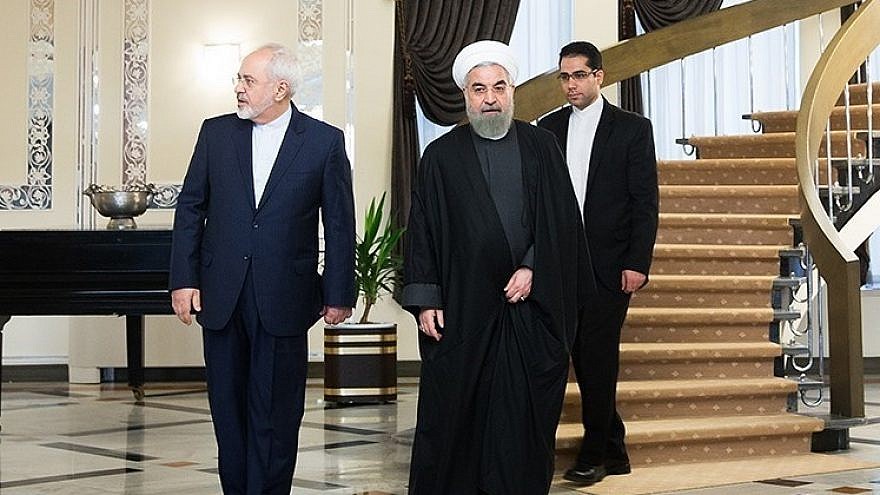 (April 27, 2021 / JNS) Iran’s president has ordered an investigation into a leaked audio recording in which the country’s foreign minister laments the country’s internal leadership struggles, AFP reported on Tuesday.

Iranian government spokesman Ali Rabiei called the leak “a conspiracy against the government, the system, the integrity of effective domestic institutions and also against our national interests,” according to the report.

He added that “the president has ordered the intelligence ministry to identify the agents of this conspiracy.”

In the leaked conversation, held between Iranian Foreign Minister Mohammad Javad Zarif and an Iranian journalist named Saeed Leylaz, the former can be heard describing how the Islamic Republican Guards Corps and the late IRGC Quds Force commander Qassem Soleimani had the final say in matters of diplomacy, overshadowing the country’s diplomats.

“I have never been able to tell a military commander to do something in order to aid diplomacy,” said Zarif, according to Reuters, adding that he had “zero” influence over foreign policy.

An Iranian foreign ministry spokesman did not deny the authenticity of the recording, though he said it had been cut from a seven-hour interview that included Zarif’s “personal opinions,” according to AFP.

The leak comes ahead of Iran’s June presidential elections and has led to Zarif’s critics demanding his resignation, The New York Times reported on Monday.