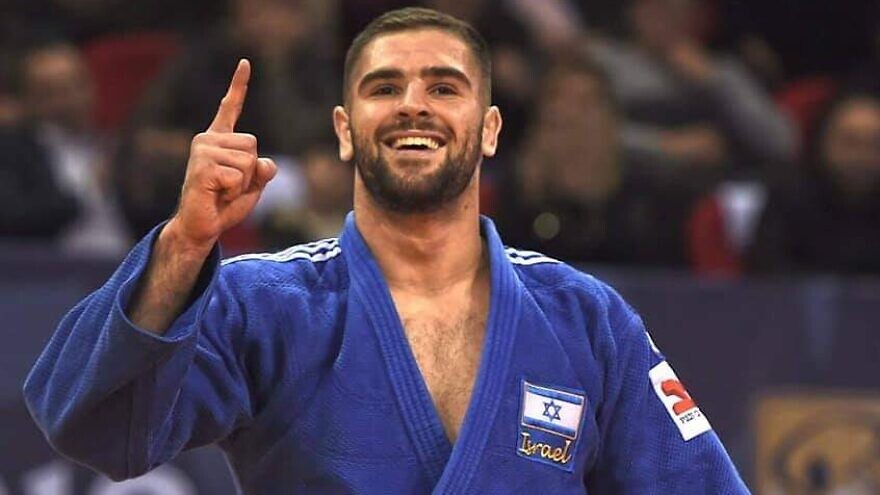 The gold was a first for Paltchik, who is considered one of Israel’s top athletes and a potential Tokyo 2020 Olympic medalist. He previously took bronze at the 2018 European Championships in Tel Aviv.

“My whole body hurts. It feels amazing. In the finals, I constantly told myself this is mine,” Paltchik told Israel’s Kan public broadcaster after his win.

Paltchik won with a “golden score”—achieved when a judoka pins their opponent for 25 seconds—when his match with Adamian went into overtime.

Earlier in the day, he defeated Bulgarian Boris Georgiev in the quarterfinals and Georgia’s Varlam Liparteliani in the semi-finals to make it to the finals.

Paltchik was the second Israeli to take home a medal at the competition after Tal Flicker took silver in the under-66 kilogram category on Thursday.

“We are proud of your achievement, which is the result of determination and perseverance, and we are waiting to celebrate together with you at home. It’s touching to see the Israeli flag above the podium. Way to go, Peter, coach Oren Smadja, and all of the accompanying team,” said Tropper.

“I’m glad that during months of uncertainty, we knew how to continue to train, stay in shape, stay sharp,” he said.

Smadja said he takes “great pride and satisfaction in the great achievements for the Israeli judo team. There’s no doubt that the decision to beat the coronavirus led us to the championships in the best way possible.”

He said the team’s decision to train outdoors to reduce the risk to athletes of contracting the virus turned out to be the right one. “Our achievements are the result of hard work, dedication, adherence to a path and a belief in what we do,” said Smadja.