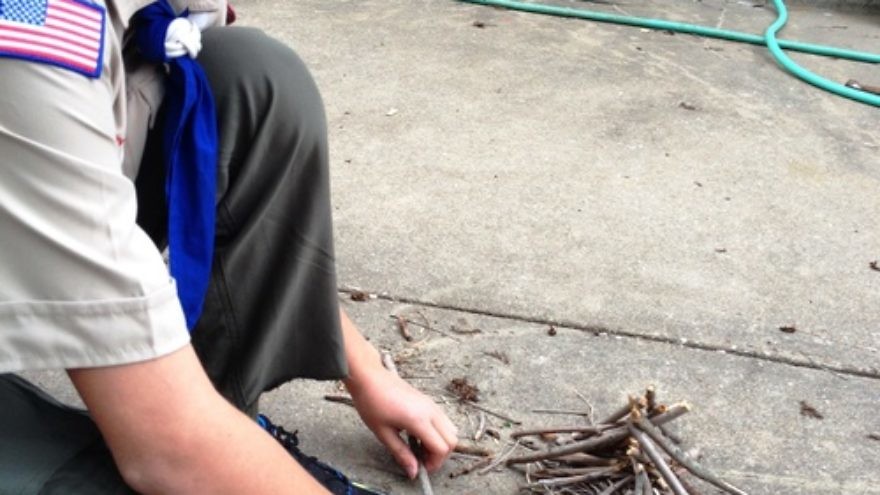 On Lag B’Omer, the 33rd day of the counting of the Omer and the 18th day of the Hebrew month of Iyar, the Jewish community is aflame with celebration. People frolic around bonfires in traditional festivities, marking the day with joy.

According to Rabbi BenZion Friedman, director of the Torah Learning Center of Greater Kansas City, the tradition of lighting bonfires on Lag B’Omer started with the passing of Rabbi Shimon Bar Yochai on the 18th of Iyar. Known as the Rashbi, on the day of his death Rabbi Yochai departed to the Jewish people deep mystical secrets and declared that the day should be one of celebration.

Friedman says that in “the olden days,” people celebrated by bringing candles to the grave of Rabbi Yochai in Meron, located in northern Israel. Later, those candles became bonfires and spread from the cave in which Rabbi Yochai is buried to throughout Israel and the Jewish Diaspora.

“Before God created the world, there was darkness,” says Rabbi Friedman. “Then, God said, ‘Let there be light.’ That light is the light of Torah. On this day, the Torah that Reb Shimon Bar Yochai stood for… the light of the Torah is represented by the fire.”

This year, you could light your own bonfire with the help of 12-year-old Boy Scout Abraham “Avi” Brudoley. A member of Boy Scouts of America Troop 61 in Overland Park, Kan., Avi is a bonfire pro. A descendant of a line of Boy Scouts and Girl Scouts, Avi says he can get a bonfire going with just one match. He offers JNS.org his advice so you can do that too this Lag B’Omer, which begins the evening of May 17.

5. A bucket of water—just in case!

Take your tinder and place it in a loose pile, leaving air between the ingredients. Then, lay your small sticks on top of the tinder.

“The more sticks you have,” says Avi, “the better the fire will start.”

Next, begin to build your bonfire. There are two shapes to choose from: cabin or teepee. Avi recommends the teepee shape.

“It works better and you can get more air into the fire,” he says.

Starting with the thinner sticks first, snap the sticks in half to build a circle around the twigs, forming them into a three-quarter circle—a teepee with a doorway. Always leave this entryway or air hole opposite the wind. This, says Avi, enables you to light the bonfire.

Work your way out, placing the sticks on top of one another in a continuous circle, being careful not to place any sticks over the opening. As you get further along, the sticks should get both taller and thicker. Thicker sticks, says Avi, provide fuel.

Take a lit match and hold it against or under the tinder in the opening until the small sticks catch fire. Slowly, the flame will grow. A 40-stick bonfire will burn for about 20 minutes, Avi explains. To keep it going longer, add more sticks or place logs along the sides of your teepee. When the logs catch, they will burn longer and stronger.

Maayan Jaffe is a freelance writer in Overland Park, Kan. Reach Maayan at maayanjaffe@icloud.com or on Twitter (@MaayanJaffe).