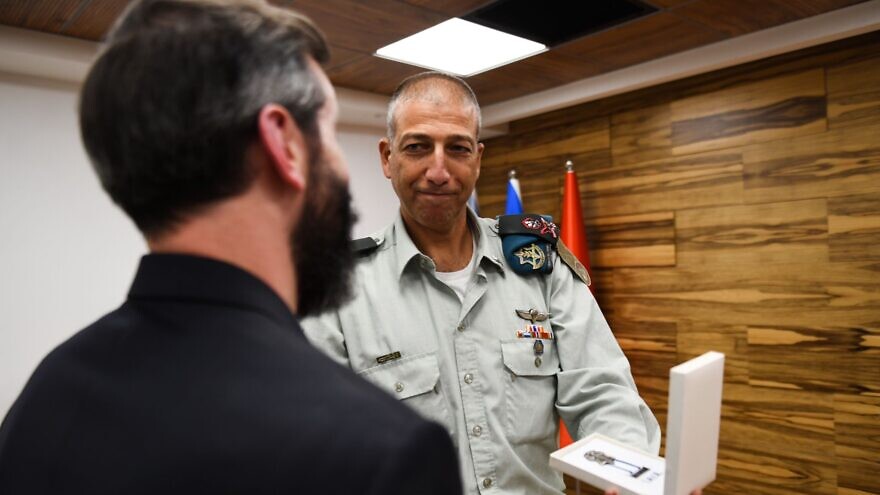 (December 1, 2021 / JNS) Cooperation between the United States and Israel in the cyber arena is growing more intense with each year, an Israel Defense Forces source has told JNS.

The source spoke days after the head of the IDF’s J6 and Cyber Defense Directorate, Maj. Gen. Lior Carmeli, awarded a service medal to the U.S. Cyber Command’s liaison officer in Israel on Nov. 23.

The liaison officer, named Mr. M., was awarded in recognition of his ongoing work for “promoting strategic operational cooperation in the cyber arena,” the IDF said in a statement. “Since the establishment of the U.S. Cyber Command, Mr. M. has been leading and promoting cooperation with Israel.”

“There is strategic cooperation between the J6 and Cyber Defense Directorate, and the [U.S. Department of Defense’s] Cyber Command, Lt. Col. O, a senior officer at the IDF Joint Cyber Defense Division, told JNS.

The collaboration has been in place since the Cyber Command and the Cyber Defense Directorate were set up, he added. “I can say that it is congruent with the strategic partnership that exists between Israel and the U.S. The cybersphere is another layer, which is developing.”

In recent months, both the United States and Israel have experienced unprecedented cyber attacks, including the ransomware attack on the U.S.’s Colonial Pipeline company, an American oil-pipeline system that originates in Houston; and a ransomware attack on Israel’s Hillel Yaffe Medical Center in Hadera.

“There is an entire battle taking place in this sphere. In the U.S. and Israel, we can see a similarity in a big part of the events. This is a strategic challenge,” said Lt. Col. O.

Even cyber incidents that are perceived as civilian ones can take on a strategic influence due to their ability to undermine national stability, he cautioned. 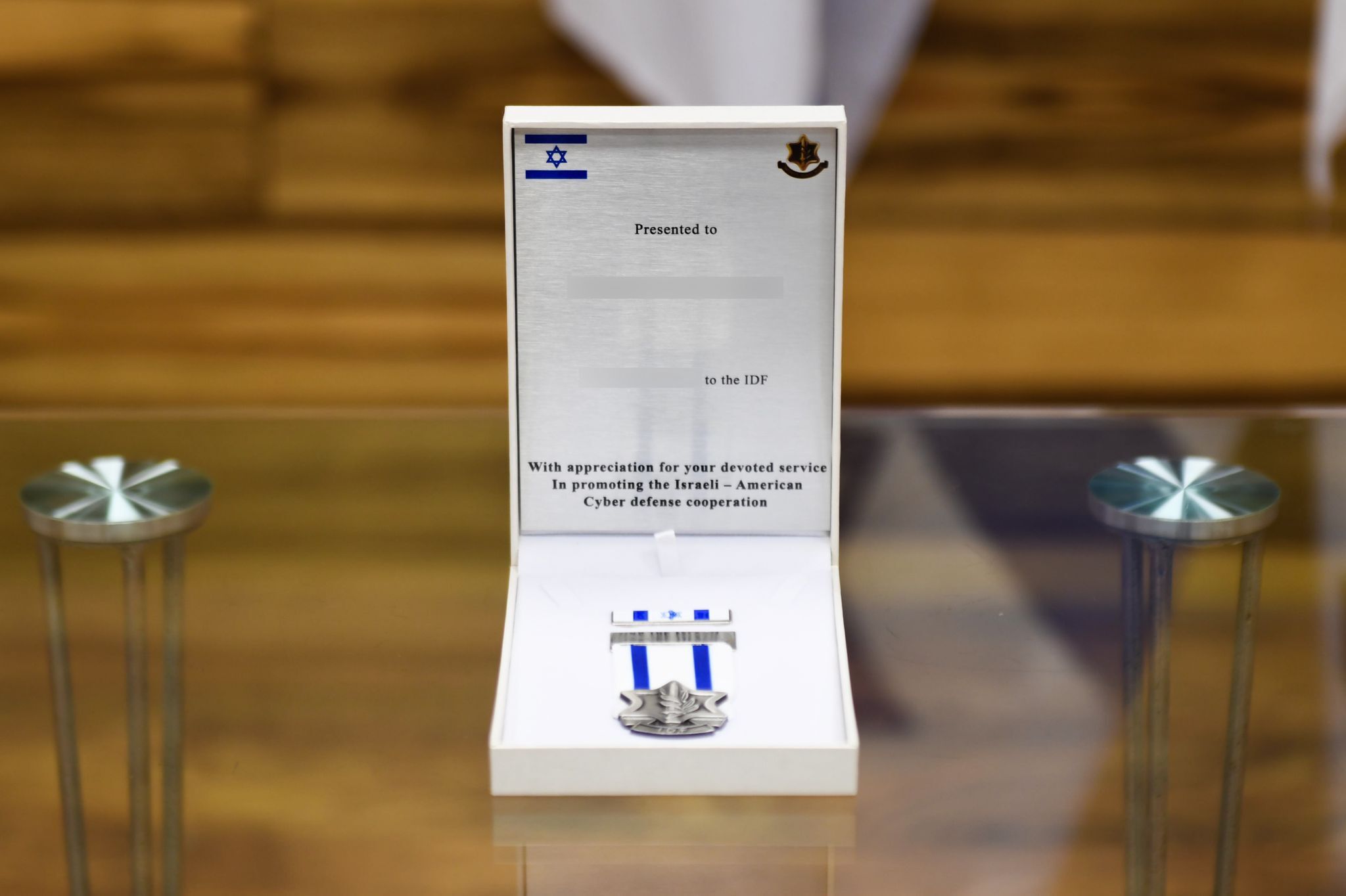 A view of the medal. Credit: IDF Spokesperson’s Unit.

“These are civilian incidents, with minor military involvement, but militaries can be dragged in because in both countries, the military is the strong, large cyber organization,” said Lt. Col. O.

The decision to award the liaison officer in November came after the IDF’s General Staff decided to recognize the extraordinary partnership in place.

“Since the beginning, we [and the Americans] have been dealing with conceptual issues, and advanced to more significant issues that cannot be detailed,” said Lt. Col. O.

The award ceremony is the first time that a medal was given to a liaison officer, he noted, and is intended to “show appreciation” for the cooperation in place.

“If you put it on a graph, the cooperation is intensifying from year to year,” he stated. “This is a derivative of technological development and the development of the threat. I think six years ago, the word ransomware wasn’t in the daily dialogue. Today, everyone knows what it is. As the technology and threats develop, the result is that cooperation develops, too.”

‘Exercises are a means, not an objective’

The cooperation is quiet, in the shadows and is highly significant to the defense establishments of both countries.

“We’re talking about strategic cooperation in all spheres of military activity,” said the officer.

It also includes joint training, with the largest common cyber exercise, Cyber Drome, occurring virtually in 2020 due to the global pandemic.

“In recent years, we’ve been holding more than a few joint exercises,” said Lt. Col. O. “But the exercises are a means, not an objective. Ultimately, they are a way to improve capabilities and do more things together.”