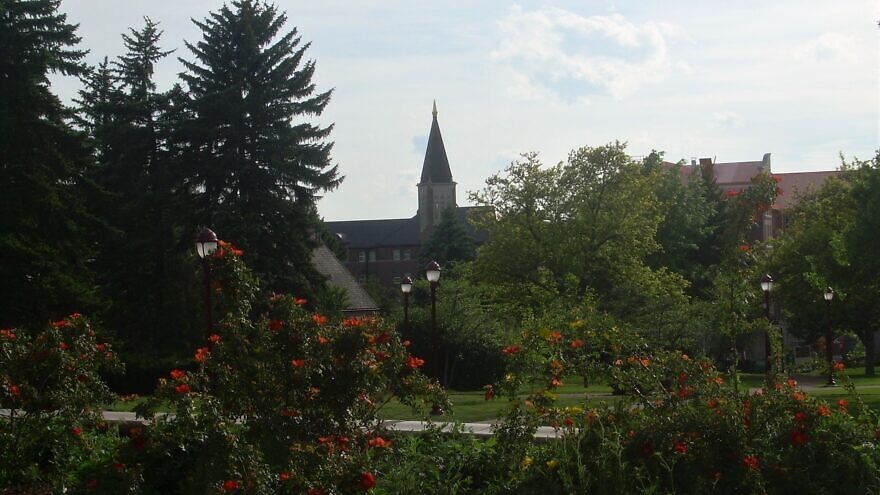 (August 24, 2022 / JNS) Nader Hashemi, director of the Center for Middle East Studies at the University of Denver, claimed in a recent podcast interview that the stabbing of acclaimed novelist Salman Rushdie earlier in August was “likely” carried out by Israel’s Mossad.

Hashemi made the accusation while discussing possible explanations for the attack during his guest appearance on an episode of “The Iran Podcast” that aired on Aug. 20.

Rushdie, who had a fatwa (religious edict) placed on him by Iran in the late 1980s, was stabbed on stage during a speaking engagement in western New York on Aug. 12.

Hashemi said one possibility is that Rushdie’s attacker, 24-year-old Hadi Matar, was directly involved with Islamic Revolutionary Guard Corps (IRGC). Another explanation given was that Matar could have been “lured” into committing the attack by an agent from Israel’s intelligence agency who was pretending to be an IRGC operative or supporter, he theorized.

“The other possibility, which I actually think is much more likely, is that this young kid Hadi Matar was in communication with someone online who claimed to be an Islamic Revolutionary Guard Corps member or supporter and lured him into attacking Salman Rushdie, and that so-called person online claiming to be affiliated with the Islamic Republic of Iran could’ve been a Mossad operative,” he said.

Hashemi suggested that Israel’s motive for carrying out such an attack is its opposition to efforts in reviving the 2015 Iranian nuclear deal.

“Israel has taken a very strong position against reviving the Iran nuclear agreement,” he said. “We were in very sensitive negotiations, like an agreement was imminent, and then the attack on Salman Rushdie takes place. I think that’s one possible interpretation and scenario that could explain the timing of this at this moment during these sensitive political discussions related to Iran’s nuclear program.”

A spokesperson from the University of Denver told The Jewish Chronicle that Hashemi’s thoughts on Rushdie’s stabbing “do not represent views of the university.”

“Professor Hashemi spoke as an individual faculty member and does not speak for the university,” added the spokesperson. “At DU, we respect academic freedom and freedom of speech, which Dr. Hashemi enjoys.”