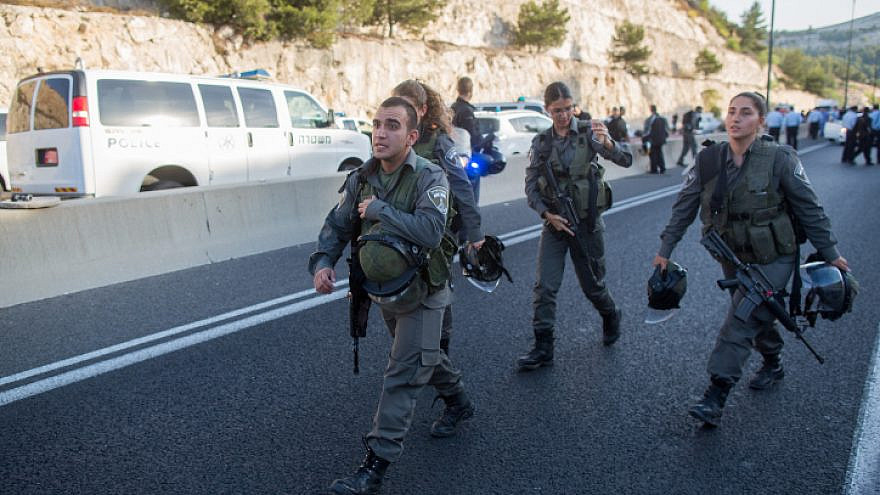 (January 25, 2023 / JNS) In 2006, the Israeli National Security Council recommended that the police take over responsibility for security operations in 13 Israeli communities in Judea located close to Jerusalem, and the Cabinet approved the recommendation.

Today, Border Police units are in the field, taking over security missions and providing protection against the threat of terrorism.

The old government decision, which is only now being implemented, means that the communities will receive a “security package” that involves close policing arrangements, rather than being under the jurisdiction of the Israel Defense Forces.

The principal concern of these communities is the threat of infiltration by terrorists. To prevent that, the communities have their own security coordinators who have been working with the military.

In December, a firestorm of controversy broke out when some of the community leaders accused the Border Police of firing the security coordinators and planning to substitute police officers in their place.

In addition, the Border Police has allocated a company to every two communities, creating a new level of security, and responding to any specific security requirements that emerge from any of the communities.

Previously, an IDF reserve battalion was in the field, but now, already, Border Police companies are visible in the area, taking up patrol missions.

The Border Police views the communities as frontline areas and has set requirements for securing them that are more stringent than the ones that the IDF previously had in place.

As part of this process, the Border Police briefed the new National Security Minister Itamar Ben-Gvir in December and shared its assessment that the official transfer of jurisdiction, originally scheduled for Jan. 1, needed to be delayed.

That handover has been delayed by a month, with Ben-Gvir’s approval. The announcement of the change in timing was made by the relevant ministries on Dec. 31.

But the resources necessary for the assumption of responsibility have yet to be transferred from the Defense Ministry, an assessment by Israel Police Commissioner Yaakov Shabtai and Border Police Commander Amir Cohen found.

In addition, the National Security Ministry, which oversees the police’s operations and budgets, must receive the necessary budgetary allotments from the Defense Ministry to facilitate the move.

The handover will not affect the 16 checkpoints separating the Jerusalem area from Judea and Samaria, commonly known as the West Bank, which are under the command of the Border Police.

The transfer of jurisdiction will have no effect on existing chains of command; the Border Police will remain in charge of the wider “Jerusalem envelope” area.

In Judea and Samaria, meanwhile, a Border Police contingent remains under the chain of command of the IDF’s Central Command and its chief, Maj. Gen. Yehuda Fuchs, despite the coalition agreement between Likud and Ben-Gvir’s Otzma Yehudit Party, according to which these forces will be under the control of Ben-Gvir.