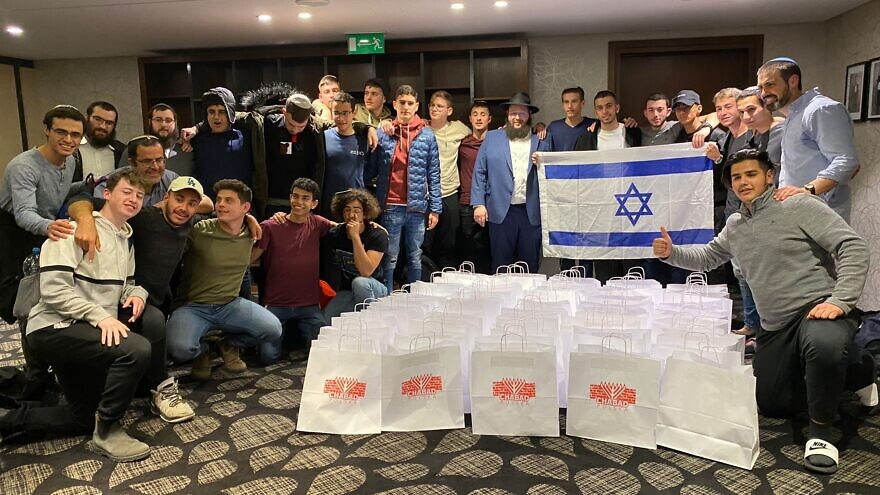 (March 27, 2022 / JNS) Rabbi Sholom Ber Stambler is preparing to make 2,000 portions for the Passover Seder. It’s more than he has ever prepared, he told JNS, but these are not normal times.

Stambler is the Chabad-Lubavitch rabbi of Poland. He has been in the country for 17 years, mostly assisting local Jews and tourists. But for the last 30 days, he said, there has been a nonstop flow of Ukrainian refugees in need of assistance.

“We are hosting them, feeding them, dealing with all kinds of special cases,” said Stambler. “Nobody expected this to happen. At the end of the day, you just have to change gears—to go into turbo drive.

“But I must say—from Israel, America, all kinds of different places—people care. People want to help,” the rabbi continued. “People I never saw make any big steps to help anyone have all of a sudden opened their hearts.”

Yeshivat AMIT Amichai in Rehovot arrived last week in Poland. The high school students brought with them 12 duffel bags packed with 250 kilograms of kosher food that the boys lugged from the car to the airport in Israel, and then from the plane through the airport and to buses in Warsaw. Finally, they delivered the items to a warehouse in Poland, where they could be immediately distributed to the refugees. 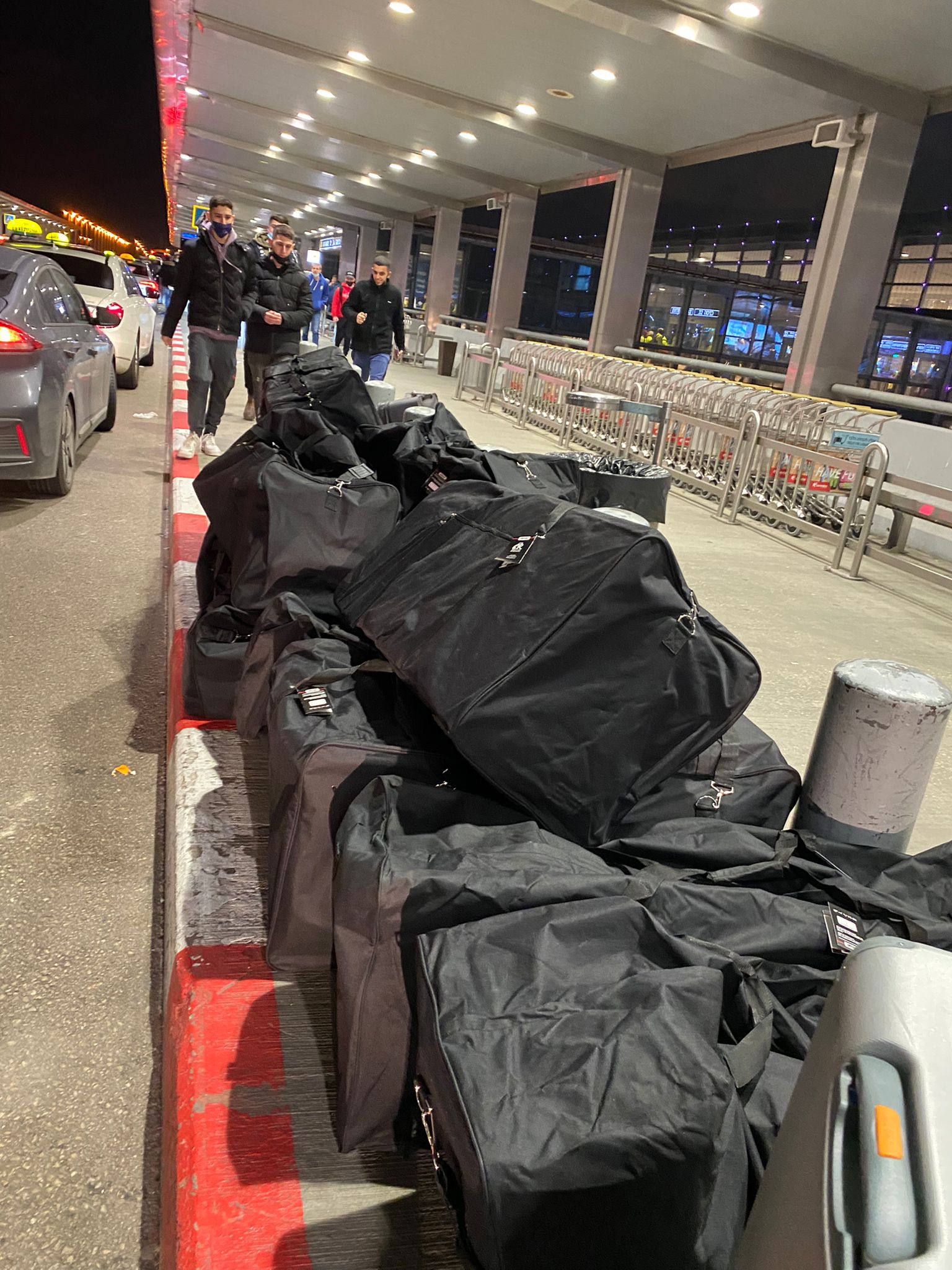 The food had been specially prepared for Chabad. But with the war, the center had been struggling to bring it into the country. AMIT managed to get permission for the 12 bags, pack them up according to specifications and security requirements, and get them to Poland.

“We all helped and moved the bags,” recalled student Nave Madhala. “They were very, very heavy sacks. But it was the least we could do.”

Another AMIT school brought in kilos of leftover mishloach manot (food gifts traditionally given during the Purim holiday) to donate to the refugees.

Stambler is full of stories, most of which have happy endings thanks to his help and the help of volunteers. He told JNS about people who have come to him begging for an immediate trip to Israel, others who need a psychiatrist or a doctor or a wheelchair. There was a lady with dementia who was staying at a Jewish Agency hotel and who could not be left alone. Stambler arranged a volunteer aide.

“A few nights ago, my wife saw an empty bus from Ukraine traveling through town. At the same time, we had a call that the community urgently needed adult diapers. So, we went to one of those 24-hour pharmacies and emptied them of all they had,” the rabbi recalled.

But it was not enough. So he spoke to one of his colleagues who works in the industry. He had a warehouse full of them. The next morning, the bus stopped at the warehouse on its way to the border and volunteers filled it with around $30,000 of adult diapers.

“We help with everything that we can—things we have never done before,” said Stambler. “Baruch Hashem we are managing, and there is a lot of unity between people right now.”

‘All of Israel is responsible for one another’

Sophia Blumenthal, a member of the International Relations staff at Dror Israel, tells a similar story.

Dror Israel has a team of young adult volunteers who generally offer educational and other support programs in Israel, though the organization has aided in previous refugee and similar crises.

“When this came up, it was natural for us to go and help out the situation on the ground,” said Blumenthal.

Dror sent a small team of volunteers to check out the situation. What they found was that refugee moms needed childcare. So they sent nearly a dozen people to the field to open a childcare facility in a hangar at the Ptak Expo Warsaw. Moms can bring their kids for some fun while they go take a shower or deal with other affairs. 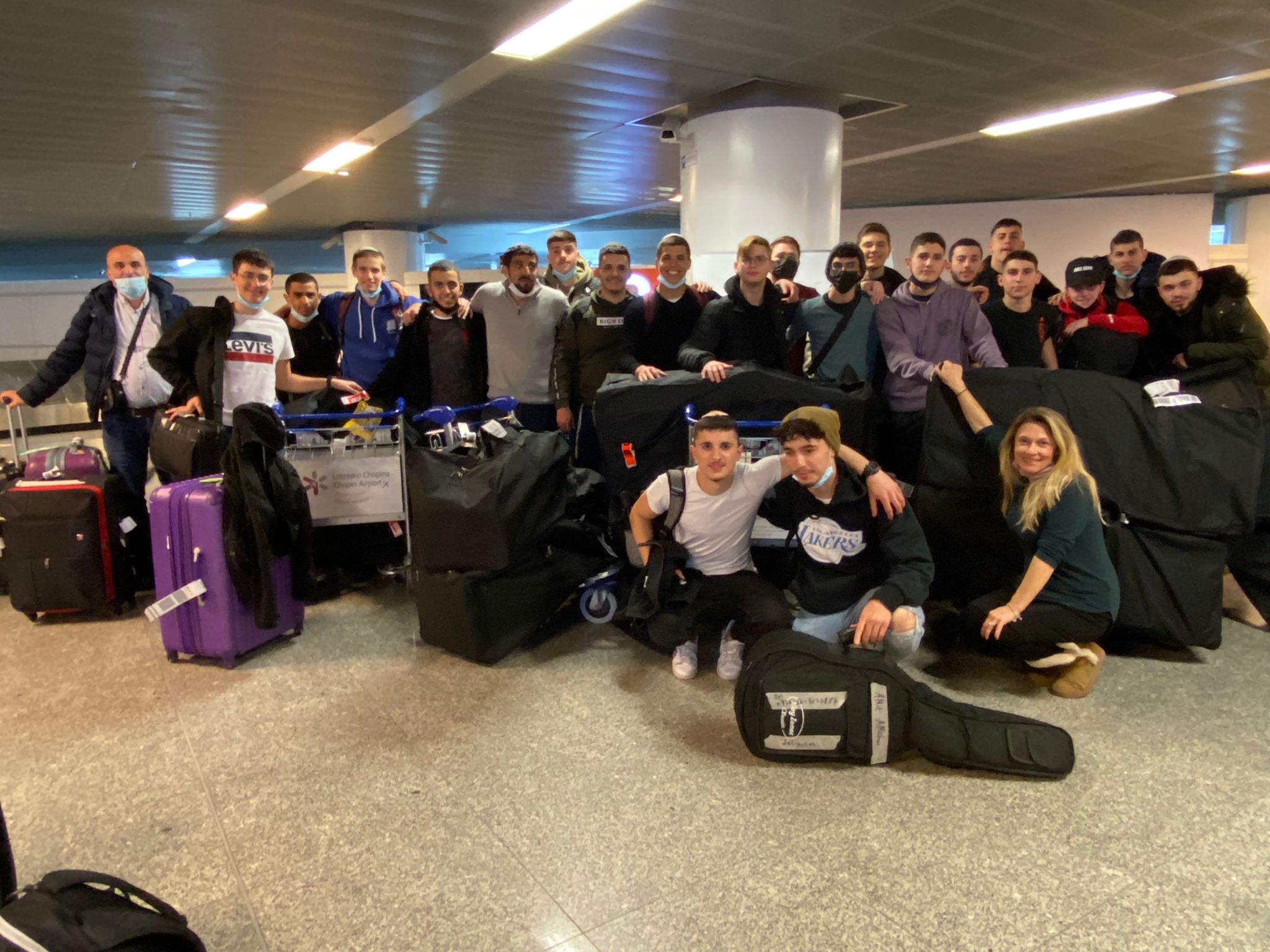 Israeli teens with a shipment of kosher food for Ukrainian refugees in Poland. Photo by Jennifer Schrutt.

“Mostly, the kids just want to be kids, play with toys or dance or whatever,” said Blumenthal, who just returned from Poland. “But every once in a while, a mom or older sibling runs into the room with the father on Facetime, and then the kid gets really sad.”

She said that one day a sibling came in to inform a child that their father had been killed. Another time, the staff found a mother sitting alongside her children’s cots. She just looked lost. It turned out that both of her children had fevers and she did not know where to get medication. The Dror volunteers were able to help.

“Our messages … that all of Israel is responsible for one another, and love the stranger,” said Blumenthal, adding that the volunteers wear T-shirts that say “Dror Israel” on them in Hebrew so that the refugees know that the Jewish state cares and is there to help.

“These people are in crisis,” she said. “They have had their whole worlds taken away from them. We want them to understand that people have come from so far away to help them because their lives matter. I think it gives them hope.”