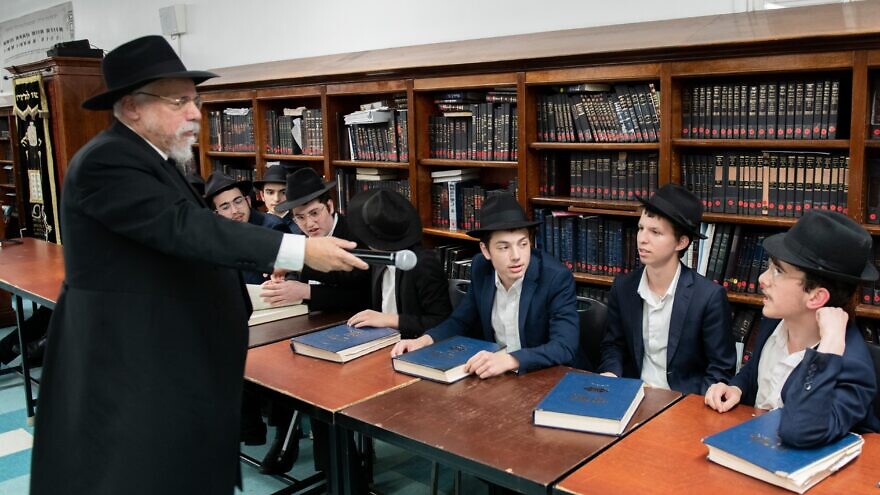 Rabbi Moshe B. Perlstein had the students on their toes, fielding questions from across the 156 pages of “Meseches Shabbos.” Credit: Courtesy.
Spread the word.
Help JNS grow!
Share now:

(August 15, 2022 / JNS) The dais stretched wide in a Chicago learning center, making room for the 24 celebrants who had completed and been tested on the entire Meseches Shabbos during the course of the past year (another 10 completed half of the tractate).

The students were participants in a program known as “Mivtza Torah.” Much of the learning took place outside of the official sessions, which lasted from 7:30 in the morning until 9 p.m., requiring significant motivation on the part of the young scholars.

“It demanded devotion and hard work,” said student Levi Blotner, “but it is good work, and you feel accomplished afterward. It also helped me learn by myself with confidence.”

A scholarly hadran (a short prayer recited upon the completion of a tractate studied) was delivered on behalf of the celebrants by student Mendel Wilhelm, who discussed some of the finer points of the closing section of the meseches, drawing from a wide variety of commentaries, culminating with an incisive insight of the Lubavitcher Rebbe, Rabbi Menachem Mendel Schneerson. 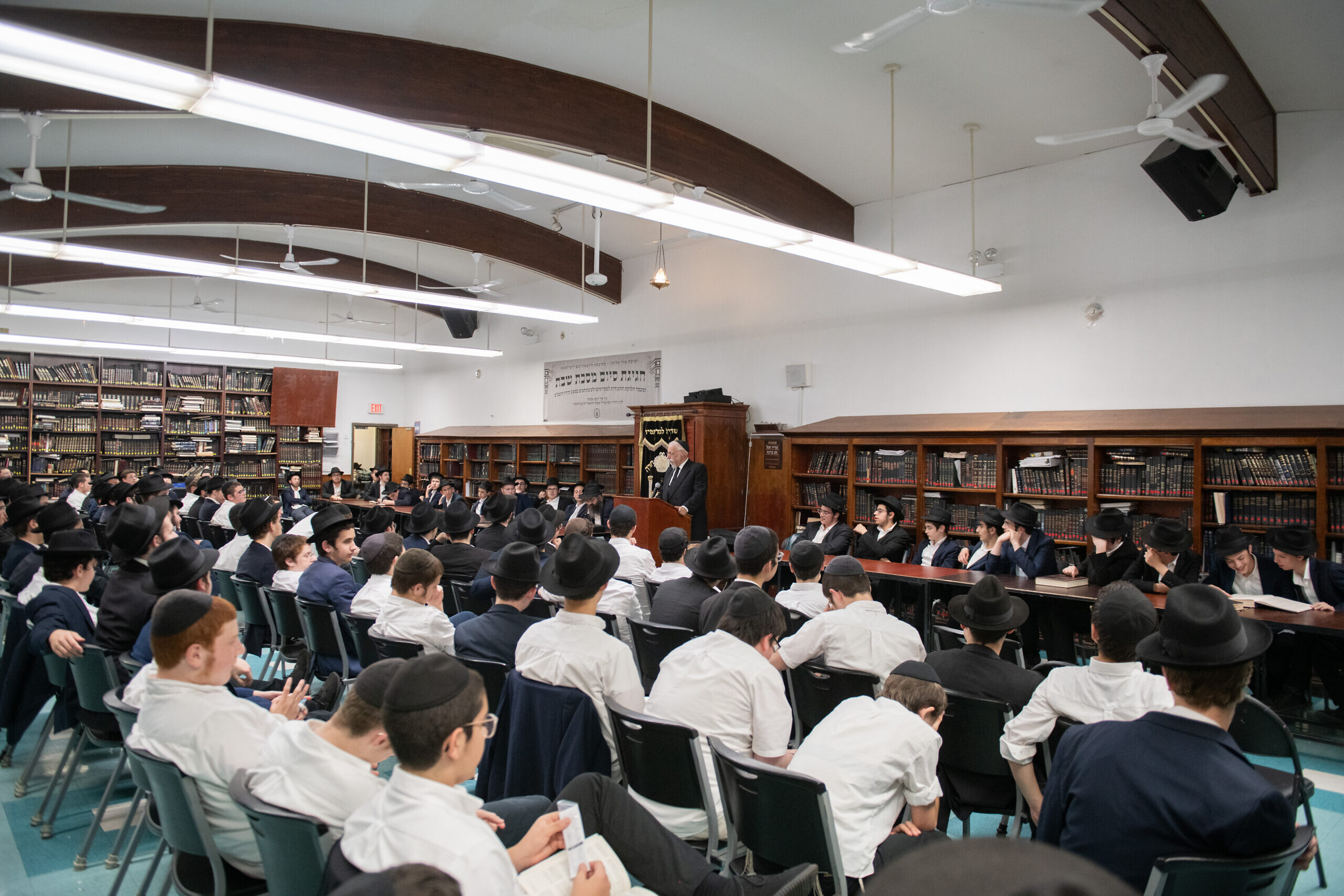 The celebration of Torah accomplishment was felt by the entire student body who looked on with admiration and joy. Credit: Courtesy.

In addition to a certificate, the boys received cash prizes underwritten by Keren Yosef Ometz, founded in memory of Rav Yosef Perlstein, father of the Mesivta’s dean, Rabbi Moshe B. Perlstein.

At the event, Perlstein spoke about the legendary devotion to Torah he observed in his late father, who gave a daf yomi shiur (“daily lesson”) for years in the Flatbush section of Brooklyn, N.Y. “I saw him when there was just one person at the shiur, and I saw him when it grew to 40, 50 participants. It made no difference. It was always with the same devotion, the same clarity and the same enthusiasm.”

The room hummed with excitement as the students were peppered with questions from every area of the meseches by Perlstein and Schechter.

Then, one by one, the students were called to the podium to receive their certificates, amid thunderous applause from their peers and calls of “mazal tov, mazal tov!”

Significantly, the celebration took place during the Nine Days, when the Rebbe encouraged that siyums be made, even though no meat is eaten, bringing the joy of the Torah into the sadness of the season.

“The purpose of the celebration,” said Schechter, “is not just to recognize the accomplishments of those who learned so much, but to encourage each and every one of us to increase our learning more and more.” 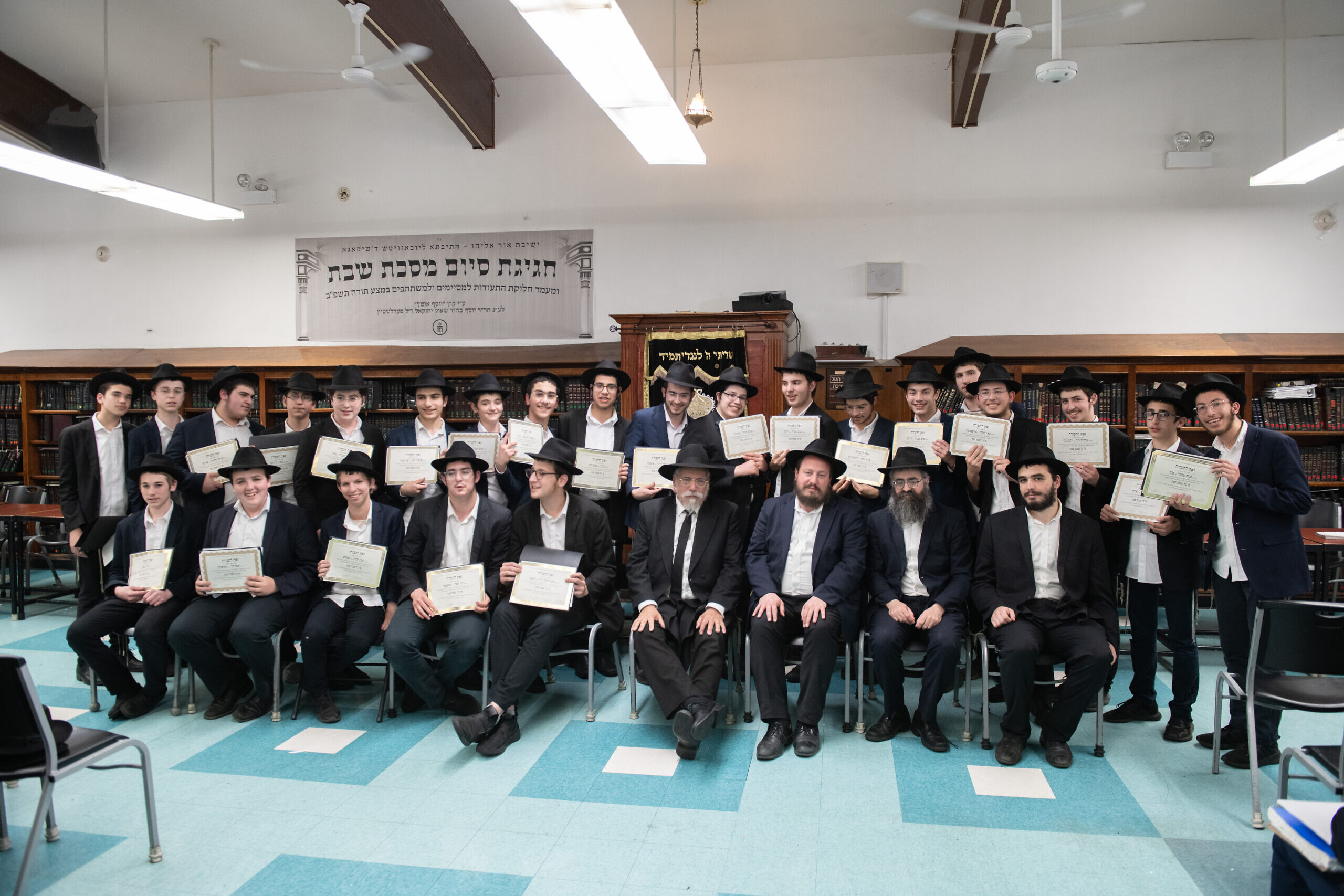