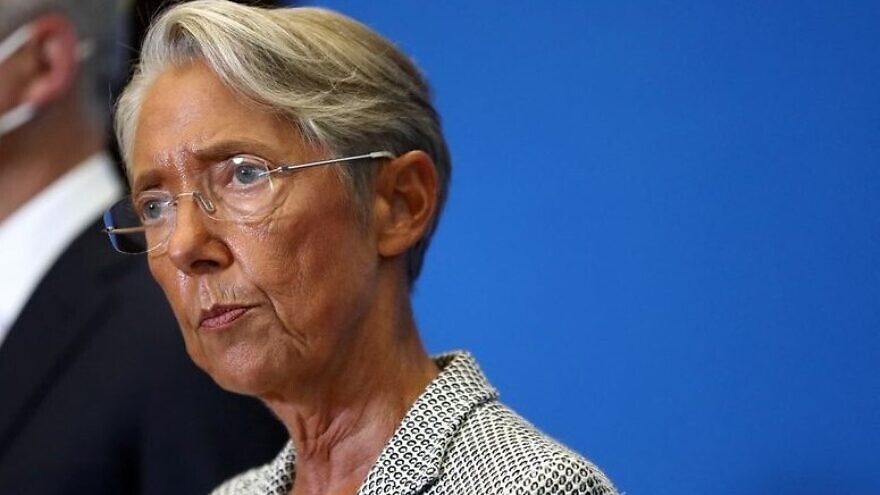 (May 18, 2022 / JNS) French President Emmanuel Macron has named Élisabeth Borne to be the country’s new prime minister—the first woman to hold the position in 30 years.

“I dedicate this nomination to all the little girls in France, to tell them ‘follow your dreams,’ ” said Borne, 61 “Nothing should stop the fight for women’s place in our society.”

An engineer, Borne served as director of strategy for the French railway company SNCF. She also worked in various local and national governmental departments.

Her father, Joseph Bornstein, was a Polish Jewish refugee who fled from Belgium to France in 1940 and joined the French resistance against Nazi forces in Europe. He was later deported to the Auschwitz-Birkenau concentration camp, where his father and his youngest brother were killed upon arrival.

Another brother was deported to Majdanek and hanged. Bornstein and an older brother survived the Holocaust. He passed away in 1972 when Borne was just 11 years old.

Borne is France’s first female premier since Édith Cresson, who served from May 1991 to April 1992 under President François Mitterrand.