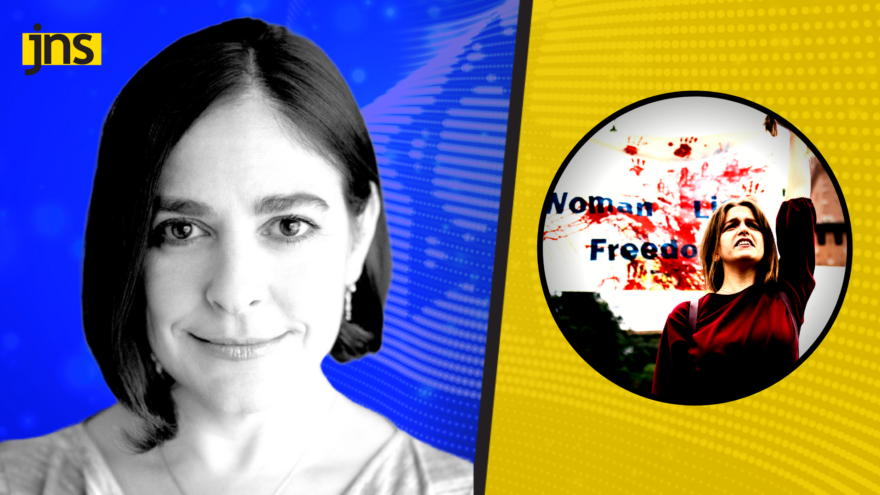 (December 13, 2022 / JNS) The revolution underway in Iran is unique in history as it was instigated by women, says Caroline Glick on this week’s episode of the “Caroline Glick Show.”

Joining Glick to discuss the unique role women play in leading the Iranian freedom revolution is veteran Iranian freedom activist, journalist and researcher Banafsheh Zand. Zand’s father was killed by the regime during his incarceration in 2006. Her mother is a leading Iranian feminist and a historian of Iranian women.

Zand explains the unique role women have played in Iranian society, going back to the time of the biblical Queen Esther.

“Iran is a matriarchal society,” she says.

How the current protests are different

Glick and Zand go on to talk about why and how the current protests, now in their twelfth week, are different from previous attempted revolutions. The two discuss what must happen for the revolution to succeed.

Zand notes that the biggest difference between the current revolution and the suppressed Green Revolution of 2009 is that in 2009, protesters were waiting for the United States and Europe to stand with them. Now, she says, the Iranian revolutionaries recognize that they are largely on their own, and are therefore doing the work of bringing down the regime on their own.

In her opening remarks, Glick discusses the Qatari regime’s role in transforming the World Cup into a pageant of Israel hate. She also covers why the regime is so intent on making demonizing Israel the centerpiece of the tournament.

The operation of intelligence arms in politics in the United States is distressingly familiar to Israelis, she says, noting that five former IDF Chiefs of General Staff are currently calling for an insurrection against the incoming Netanyahu government.