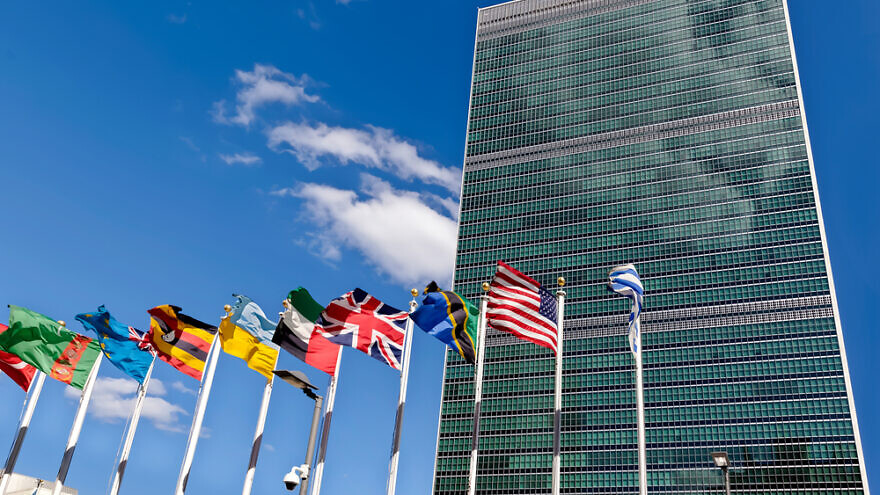 (January 20, 2022 / JNS) The U.N. General Assembly on Thursday adopted an Israeli-sponsored resolution that condemns denial and distortion of the Holocaust.

The resolution—co-sponsored by Germany, and backed by the United States, Russia and many other countries—affirms that the Holocaust “will forever be a warning to all people of the dangers of hatred, bigotry, racism and prejudice.”

The text also points out the “growing prevalence of Holocaust denial or distortion through the use of information and communications technologies,” and urges all U.N. members to “reject without any reservation any denial or distortion of the Holocaust as a historical event, either in full or in part, or any activities to this end.”

Its passage also came on the 80th anniversary of the Wannsee Conference, where Nazi leaders coordinated plans for the so-called “Final Solution of the Jewish Question” in 1942.

The resolution commends nations that have worked to preserve the memory of the Holocaust and calls on all U.N. members to “to develop educational programs that will inculcate future generations with the lessons of the Holocaust in order to help to prevent future acts of genocide” and encourages “social-media companies to take active measures to combat anti-Semitism and Holocaust denial or distortion.”

The 193-member world body approved the resolution by consensus, meaning no vote was taken. Iran, which has supported Holocaust denial, “disassociated” itself from the resolution. Its passage also came on the 80th anniversary of the Wannsee Conference, where Nazi leaders coordinated plans for the so-called “Final Solution of the Jewish Question” in 1942.

Erdan, the grandson of Holocaust survivors, said the resolution made sure that Holocaust distortion and denial “will be tolerated no more.”

The Israeli diplomat also slammed social-media companies such as Facebook, Twitter and YouTube for their role in spreading “pandemic of distortions and lies” about the Holocaust.

“Social-media giants can no longer remain complacent to the hate spread on their platforms,” he said, urging them to take action now.

The passage of the resolution was only the second time the General Assembly had adopted an Israeli-backed resolution. The first was in 2005 when a resolution establishing International Holocaust Remembrance Day was approved. 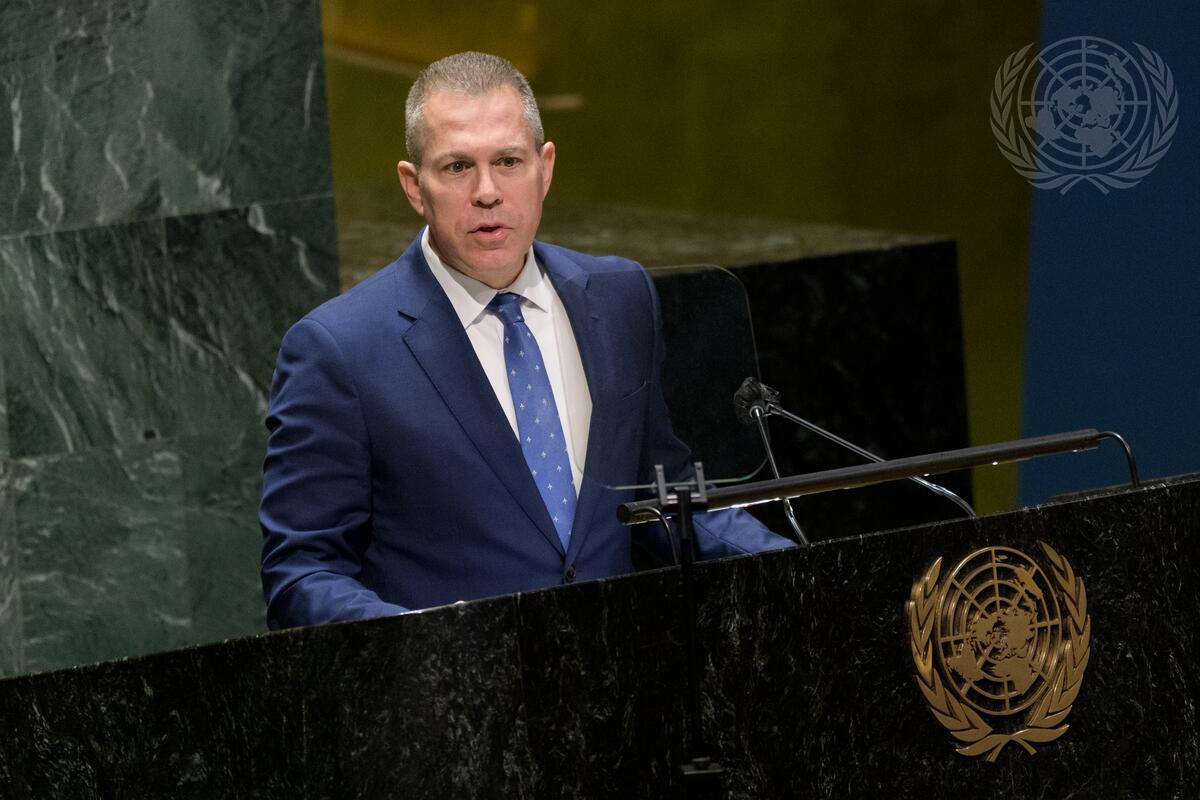 Israeli Ambassador to the United Nations Gilad Erdan addresses the General Assembly plenary meeting on the question of Palestine and the situation in the Middle East. Credit: U.N. Photo/Manuel Elías.

‘A critical time for the American Jewish community’

Jewish groups welcomed the passage of the resolution, saying it offers a clear definition of Holocaust denial at a critical time for the Jewish community.

“This resolution—the first of its kind—offers a clear definition of Holocaust denial as adopted by the International Holocaust Remembrance Alliance (IHRA) and provides substantial resources through the U.N. Outreach Program on the Holocaust for countries and other relevant U.N. bodies to develop their own programs to promote Holocaust remembrance and combat anti-Semitism,” said chair Dianne Lob, CEO William Daroff and vice chair Malcolm Hoenlein of the Conference of Presidents of Major American Jewish Organizations.

They noted that “the coronavirus pandemic has greatly exacerbated anti-Semitism. This remains a critical time for the American Jewish community, where this weekend a gunman struck fear into our hearts by attacking a synagogue in Colleyville, Texas, during Shabbat services and holding three congregants and their rabbi hostage.”

“Pittsburgh, Poway, Jersey City, Monsey, and now Colleyville, can never become the new normal for our community,” they added. “It​ is vital to commit additional resources to better secure our facilities and fight the age-old scourge of anti-Semitism, especially when it appears in the form of online conspiracy theories, which can originate anywhere and spread like wildfire from keyboard to keyboard.”

“The adoption of the resolution … is a powerful statement by the international community in combating Holocaust denial and distortion,” said Mark Weitzman, COO of the World Jewish Restitution Organization. “As one of the lead authors of IHRA’s working definition of Holocaust denial and distortion, I applaud the commitment of the United Nations and its international membership to uphold the integrity of the historical record to ensure that we can seek justice for Holocaust survivors and Jewish communities whose property was brutally taken by the Nazis and their allies as an integral part of the genocide.”