StandWithUs is deeply disappointed to learn that a Jewish student at University of Southern California (USC) has stepped down from student government as a result of anti-Semitic harassment from her peers.

USC student government Vice President Rose Ritch announced her resignation in a statement, writing that she has been “harassed for weeks… because I openly identify as a Zionist, a supporter of Israel’s right to exist as a Jewish state”. She stated that “an attack on my Zionist identity is an attack on my Jewish identity,” and that stepping down was “the only sustainable choice I can make to protect my physical safety on campus and my mental health.”

We strongly condemn the anti-Zionist anti-Semitism that led Rose to feel that giving up her leadership position was necessary for her well-being on campus,” said Rena Nasar, Executive Director of Campus Affairs at StandWithUs. “Any effort to deny equal opportunities, such as serving in student government, based on an individual’s identity is dangerous and unacceptable. We continue to stand with Rose and other USC students facing antisemitism in all its forms.”

Weaponizing the false claim that supporting Israel’s existence is a form of racism is both blatantly anti-Semitic and antithetical to the values of academic freedom. Indeed, at least one other major university has recognized Zionism as an important part of Jewish identity for many students and Rose herself noted that 95 percent of Jews support Israel as a Jewish state. Furthermore, denying Israel’s right to exist or the Jewish right to self-determination is an internationally recognized form of antisemitism under the International Holocaust Remembrance Alliance (IHRA) definition.

When this situation surfaced earlier in the summer, the USC administration did not use its voice to clearly and unequivocally condemn efforts to equate Zionism with racism and deny Jewish students equal opportunities on campus. We are now seeing a Jewish student left with the sense that she is unwelcome in a position of student leadership at USC. While USC today released a strongly worded statement, which condemns antisemitism and promises to implement the Shoah Foundation’s Stronger Than Hate program, more must be done.

StandWithUs calls upon the university to immediately reaffirm support of its Jewish and Zionist students, and back up those words with a concrete plan of action to ensure something like this never happens again.

We stand with USC Hillel and Jewish students at USC in their efforts to combat antisemitism and ignorance on campus. We will continue to work with ICC, Hillel, Brandeis Center, and all of our partners to empower USC students going forward. 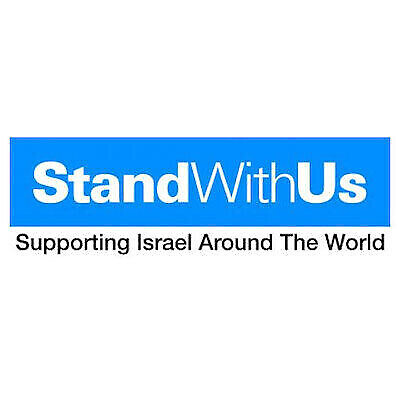 StandWithUs
StandWithUs (SWU) is an international, non-profit and non-partisan Israel education organization that works to inspire and educate people of all ages about Israel, as well as challenge misinformation and fight against antisemitism. Through university fellowships, high school internships, middle school curricula, conferences, materials, social media, educational films and missions to Israel, StandWithUs supports people around the world who want to educate their schools and communities about Israel. Founded in 2001 and headquartered in Los Angeles, the organization has chapters and programs on 5 continents, including the U.S., Israel, UK, Canada, South Africa and Brazil. For the last 7 years, SWU has consistently received the highest possible ratings from Charity Navigator (4 stars) and Guidestar (Platinum).
Publish your organization's press release on JNS Wire
Releases published on the JNS Wire are communicated and paid for by third parties. Jewish News Syndicate, and any of its distribution partners, take zero responsibility for the accuracy of any content published in any press release. All the statements, opinions, figures in text or multimedia including photos or videos included in each release are presented solely by the sponsoring organization, and in no way reflect the views or recommendation of Jewish News Syndicate or any of its partners. If you believe any of the content in a release published on JNS Wire is offensive or abusive, please report a release.