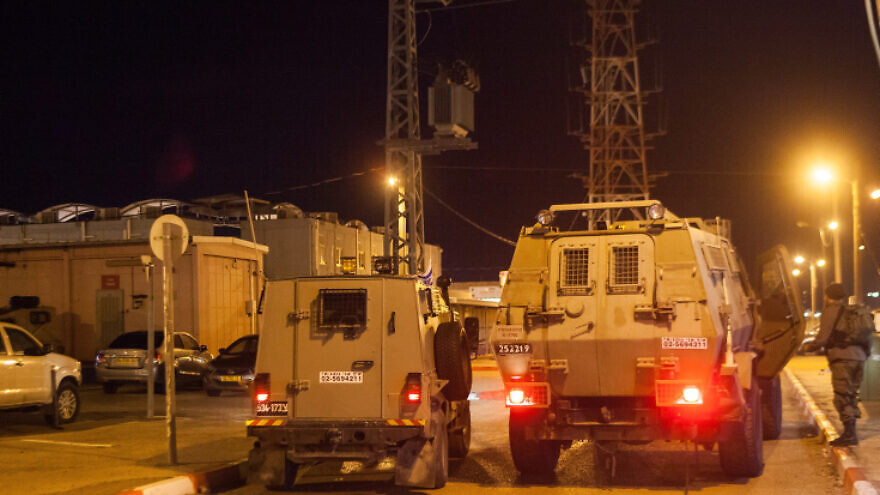 (September 26, 2021 / Israel Hayom) Palestinian gunmen opened fire on Israel Defense Forces troops conducting a counterterrorism operation in the Jenin and Ramallah areas in the early hours of Sunday morning, the IDF said in a statement.

At least four terrorists were killed in what the IDF described as a heavy exchange of fire in five different incidents across Judea and Samaria (the West Bank). Two Israeli soldiers from the elite unit Duvdevan who were wounded in the gunfight were evacuated to the Rambam Medical Center in Haifa. One is in critical condition; the other’s condition is stable, according to the IDF.

The troops were pursuing members of a Hamas cell that had been under surveillance for several days prior to the raids.

Available details suggest that the first skirmish took place in the village of Burqin, near Jenin—a known terrorist hub in the West Bank. Israeli troops were conducting a raid, seeking to arrest a suspected terrorist, when Palestinian gunmen opened fire on them.

IDF forces on a mission in the village of Beit Anan, northwest of Ramallah, came under fire, as well, but managed to make arrests despite the assault.

Another terrorist was apprehended in a raid in Kafr Dan, north of Jenin, without incident. Three others were killed in a clash near Mount Hadar.

Asked whether the incidents could provoke rocket fire from the Gaza Strip, IDF Spokesperson Brig. Gen. Ran Kochav said, “When it comes to Hamas, we always expect rocket fire. I think it’s a possibility this time, as well, because the gunman killed were Hamas operatives.”

Israeli Prime Minister Naftali Bennett said that IDF troops “acted in Judea and Samaria overnight against terrorists who were planning an imminent attack. The soldiers and commanders acted as we expected them to and have our full backing.”

Hamas was quick to accuse Palestinian Authority leader Mahmoud Abbas of contributing to the IDF raids in the West Bank.

“The death of the shahids [martyrs] is a product of the ongoing security coordination with the Zionist occupation and the price of normalization meetings held by P.A. leaders with Zionist ministers and MKs in Ramallah in recent days, which encouraged the occupation to again hunt and kill the young revolutionaries,” the terrorist group said in a statement.