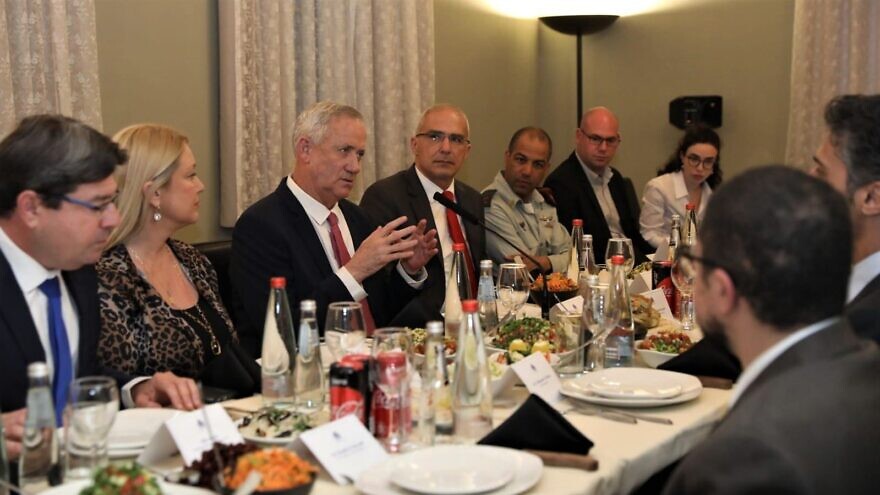 A minority extremist group aims to harm these efforts, the defense minister told the ambassadors, noting: “It is important for us that this message is brought to the leaders of your countries.”

The Abraham Accords and the ties that have developed over the last year between Israel and Gulf states have “benefited the region tremendously,” said Gantz said, describing relations between Israel and Egypt, and Israel and Jordan as “beacons of stability,”  according to a statement released by his office.

“You are aware of the reality on the ground, and it is important to reflect it to the leaders of your countries,” he said.

Addressing the Iranian threat, Gantz said: “We all have an interest in maintaining regional peace and stability, particularly in the face of Iranian aggression, which is a global and regional threat first and foremost, and only then it is a threat to the State of Israel. Iran sponsors terror around the world, and the possibility of a nuclear Iran threatens us all.”

The defense minister provided updates to the ambassadors about his intention to reopen the Erez Border Crossing between Israel and Gaza after Israel closed it on April 23 in response to rockets fired from the Gaza Strip at Israel the night before.