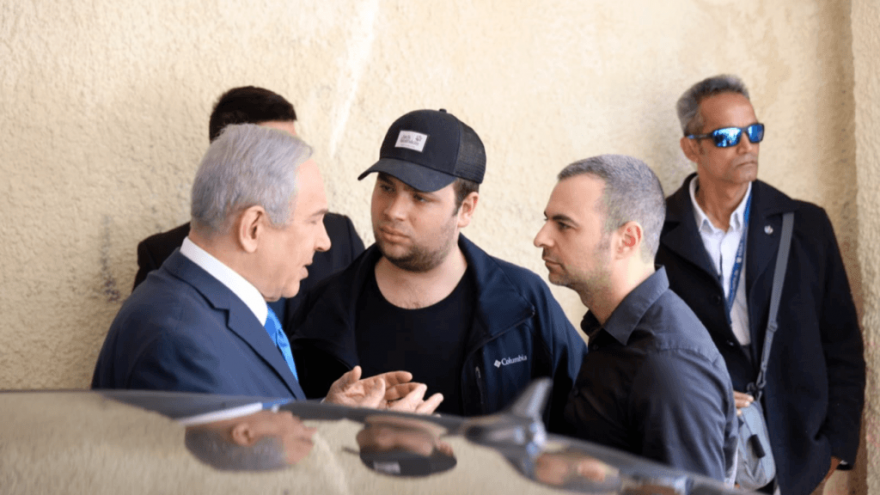 (February 1, 2021 / JNS) Israeli Prime Minister Benjamin Netanyahu has officially tapped strategic adviser Aaron Klein as his campaign chief for the upcoming elections scheduled on March 23, the fourth in the course of two years.

Klein assumed the role of Netanyahu’s strategic adviser in June 2020 after serving as a key campaign strategist in the March 2020 elections. In that campaign, Klein helped deliver Netanyahu’s Likud Party an increase of more than 300,000 votes over the previous two inconclusive ones.

In the third consecutive campaign guided by Klein, Likud won 36 Knesset seats—the most at any time in the 14 years during which Netanyahu has served as prime minister. During that campaign, Likud received the most votes ever recorded by a single party in Israel’s 72-year history.

In his election night victory address, Netanyahu thanked Klein specifically for coming from the United States to help him win the election.

Following the vote, Netanyahu effectively forced the breakup of the rival Blue and White Party, enabling the formation of an emergency unity government with its leader, Benny Gantz. Netanyahu was to serve as premier for the first 18 months, after which Gantz would take the top job. Meanwhile, he has been serving as Israel’s defense minister.

That coalition temporarily ended the protracted election stand-off while working to contain the initial outbreak of the coronavirus pandemic.

Soon after, Netanyahu retained Klein as a full-time strategic adviser. He is known to be one of Netanyahu’s closest advisers, helping him through various phases of the protracted coronavirus crisis.

“Klein is one of the most talented strategists we ever worked with and he is tirelessly dedicated to safeguarding the State of Israel,” Jonatan Urich, a Likud Party spokesman, told JNS. “His efforts as chief strategist in the previous election were central to Likud under Prime Minister Benjamin Netanyahu receiving more votes than any party in Israeli history.”

The campaign team will also include other Netanyahu advisers and previous campaign staffers, including Ofer Golan as chief of operations; Jonathan Urich as head of the message team; and Topaz Luk leading digital operations, video production and social media. Longtime Netanyahu pollster John McLaughlin will again work with the campaign, as will creative consultant for videos Srulik Einhorn.

Current polls show Likud leading by a nearly 2-1 margin over every other party currently running, just days prior to the formal submission of party lists. Party mergers in the coming days are likely to have a significant effect on the polls. While mergers are expected to decrease the margin of Likud over whichever emerges as the next largest party, mergers are not expected to dramatically alter the balance between Israel’s major right-wing and left-wing blocs.

Netanyahu’s natural allies are polling close to the required threshold of 61 seats needed to form a majority coalition. Right-wing parties, including the newly formed New Hope Party, led by former Likud minister Gideon Sa’ar, currently hold a 73-37 seat advantage over left-wing parties. Sa’ar, however, has pledged not to sit in a Netanyahu-led government.

Sa’ar, who lost by a margin of 72.5 percent to 27.5 percent in a Likud Party primary in December 2019, has retained the strategists of the Lincoln Project, which ran ads opposing President Donald Trump during the recent presidential campaign.

Prior to his role as a political strategist, the American-born Klein, who has lived in Israel for nearly 15 years, served as a veteran Middle East reporter. He is a New York Times best-selling author for books, including Schmoozing with Terrorists.

Klein ran the Middle East bureaus for World Net Daily, as well as Breitbart, and wrote a weekly column for the Jewish Press in New York. He has also hosted the weekly “Aaron Klein Investigative Radio Show” across multiple AM radio stations, syndicated in New York and Philadelphia.

Prior to assisting Netanyahu in his election campaign, Klein played a role in Trump’s 2016 campaign along with campaign manager and fellow Breitbart veteran Steve Bannon.