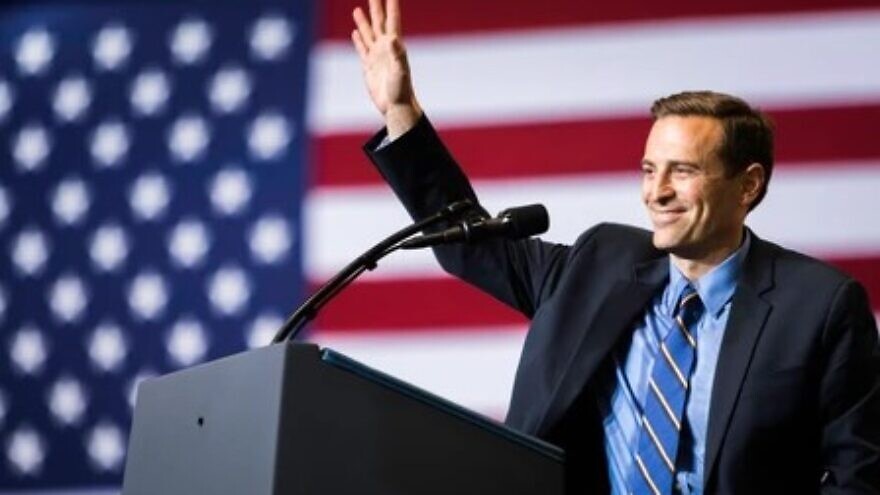 (June 16, 2022 / JNS) The Republican Jewish Coalition endorsed former Nevada Attorney General Adam Laxalt for the U.S. Senate on Wednesday. He will face off against incumbent Sen. Catherine Cortez Masto (D-Nev.) in the fall.

Laxalt, 43, the son of former Sen. Pete Domenici (R-N.M.) and grandson of former Sen. Paul Laxalt (R-Nev.), defeated his primary opponent, Army veteran and Purple Heart recipient Sam Brown in the Nevada Republican primary on Tuesday, winning with 56.1% of the vote to Brown’s 34.1%.

He served as the Nevada campaign co-chair for former President Donald Trump in 2020 and was endorsed last August by Trump.

Cortez Masto narrowly won her Senate seat in 2016. It is considered one of the most endangered by Democrats hoping to retain control of the Senate after the midterm election.

“For too long, Nevadans have been underserved by current Democratic Sen. Catherine Cortez Masto,” RJC executive director Matt Brooks said in a news release on Wednesday. “She is weak on crime, refuses to enforce the law at the border and has failed miserably on lowering inflation and the skyrocketing costs of living—from the gas station to the grocery store—for Nevada families. Cortez Masto also supported the disastrous Iran nuclear deal and accepted tens of thousands of dollars in campaign contributions from far-left, anti-Israel group J Street.”

Despite being endorsed by J Street, Cortez Masto has also been endorsed by pro-Israel organizations, including AIPAC PAC, Democratic Majority for Israel (DMFI) PAC and Pro-Israel America (PIA) PAC.

The Cook Political Report and Sabato’s Crystal Ball rate this race a toss-up in the swing state that U.S. President Joe Biden won by only 2% of the vote in 2020. Currently, both of the state’s senators are Democrats, including the junior Sen. Jacky Rosen, who is Jewish.

Other Republican candidates for Senate so far endorsed by the RJC include J.D. Vance in Ohio, Herschel Walker in Georgia, Mehmet Oz in Pennsylvania, incumbent Sen. Ron Johnson (R-Wis.) and Marco Rubio (R-Fla.).